Women in the eLearning Field: Was Your Father a Programmer? 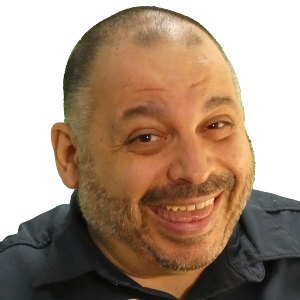 “You must be the person who does all those beautiful designs.”

“No ma’am, this is Jessica. She’ll be the lead developer on your project,” I said. Jessica and the client shook hands. (Jessica’s name—and the names of others on the team—are changed here to protect individual privacy.)

“Oh! I’m terribly sorry. I’ve never met a female programmer before. How did you get into that? Was your father a programmer?”

“This is Rustin. He’s going to be your designer,” I interrupted.

It would have been embarrassing, had the client’s assumption not been so common. Women are designers, men are programmers. This is Texas, after all...

About 10 years ago I was leading a development team of 12 in Austin, Texas. We were a small web development agency within a larger IT firm. Jessica was one of the few females—and only African-American female—to graduate from the University of Texas’ computer science program that year. In fact, Jessica knew only one other African-American female in the entire program while she was at the University.

We were meeting a new client who managed marketing for a large chain of pet supply stores in Texas. The project was a large one for us—bring their entire inventory online and duplicate on the internet the success they had experienced in brick and mortar.

The meeting continued. The goal of the meeting was more or less to transfer the project over to the project team, and get myself “out of the loop.” I had sold the project. The contract was signed and the initial payment made. My job was essentially done.

Perhaps the awkwardness of the initial introductions sensitized me a bit, but I could not help noticing that the client would talk to me and she would talk to Rustin. The client would virtually ignore Winnie, a second developer assigned to the project and also ignore Jessica— who was to be in charge of her project.

As much as I tried to bring Jessica and Winnie into the conversation—and get myself out—the client continued as if they weren’t in the room. Awkwardness grew.

Two days after the meeting, the client canceled the project and asked for a refund of her deposit.

“I just didn’t have confidence in your team,” the client explained.

The experience I described and others in my 20+ year career have led me to a few conclusions.

Solutions must come from cooperation between men and women (and as some would argue—everyone on the spectrum of genders) and not simply as a result of women being more assertive. I have had the opportunity to train developers in India several times. I don’t think anyone would argue that India is more egalitarian than the United States—however, 30 to 40 percent of the developers I encountered there were female.

At the risk of stereotyping, I have found Indians to be more practical in their career choices than Americans. I do remember a conversation with one Indian programmer on a flight from Bangalore to New York. With lots of time to kill, we began to chat. Asked why she decided to become a programmer she responded, “No one told me I couldn’t do it.”