Playing Cards at a Tech Conference: A Game of Phones Reviewed

I recently attended The eLearning Guild’s mLearnCon in San Jose, California. Technology was rampant, of course. There were smart phones and tablets everywhere! So, it took me by surprise that one of the most innovative experiences I had at the conference came from a deck of cards.

I had heard a little about A Game of Phones from Brent Schlenker and the developers themselves, Kris Rockwell and Alicia Sanchez (Figure 1). But I had no idea it was going to be this much fun while also generating some excellent, practical mobile learning strategies. Could something this simple be that effective?

Every attendee received a deck of cards at registration, and Kris and Alicia were there to offer a brief tutorial of how to play. The game starts when a training or performance challenge card is presented to two or more players, who then play technology, hardware, and expert cards from their decks to offer up a potential solution.

For this version of the game, technology cards included things like geolocation, QR codes, and SMS; device cards included smart phones, non-smart phones, and tablets; and expert cards were speakers from the conference. Each player gets a chance to explain the what, how, and why of his or her strategy. Then, the players debate and decide on a winner, or defer to a ruling from judge(s).

Players took part in a tournament on one of the afternoons during the conference. Surprisingly, there were only eight of us who entered, but the volume and quality of the ideas generated in this tournament was simply amazing. The energy level was high and the debates and follow-up discussions with the judges (Figure 2) and participants were enlightening. 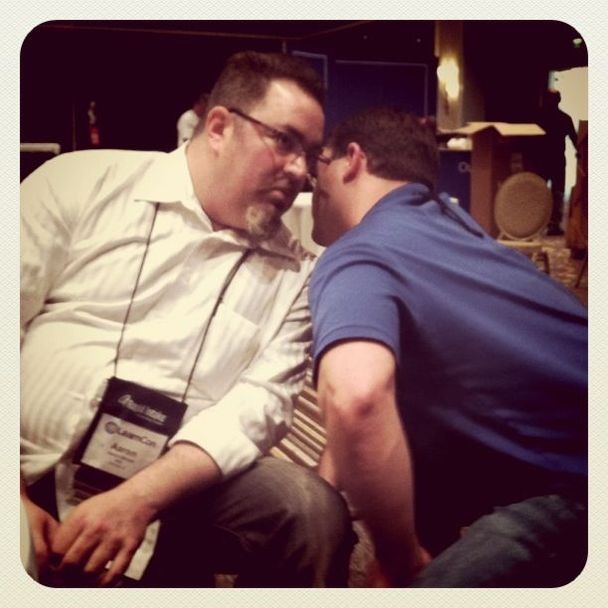 What I was most impressed with was the ease in which we all became so comfortable with the game and with each other, and how practical most of the proposals were. I credit the game design for this. It is a simple framework and format that most people are already familiar with, and you can play it anywhere!

The three top scorers in the tournament were Stephanie Daul, Aisha Taylor, and myself. After several rounds had produced difficult decisions for the judges, and even a draw, it was time for the final round. The last challenge was between Stephanie and me, and I ended up winning with a combination of smart phones, scavenger hunts, and geolocation. The entire experience was so much fun … you'd never think we were building mobile learning strategies! I cannot wait to take this game back to the folks I work with so we can generate some mobile learning strategies ourselves.

How to order your copy of A Game of Phones

You can order the game as is, or you can request some customizations for your organization. (Figure 3) While this version of the game was for mobile learning technology, the developers have designed the framework so you can turn any type of challenge into a game. If you’re looking for a low-cost, simple way to have a little fun while solving some of your organization's problems this is definitely an option you should look into. It was fun to learn about, fun to play, and the outcomes exceeded all my expectations. 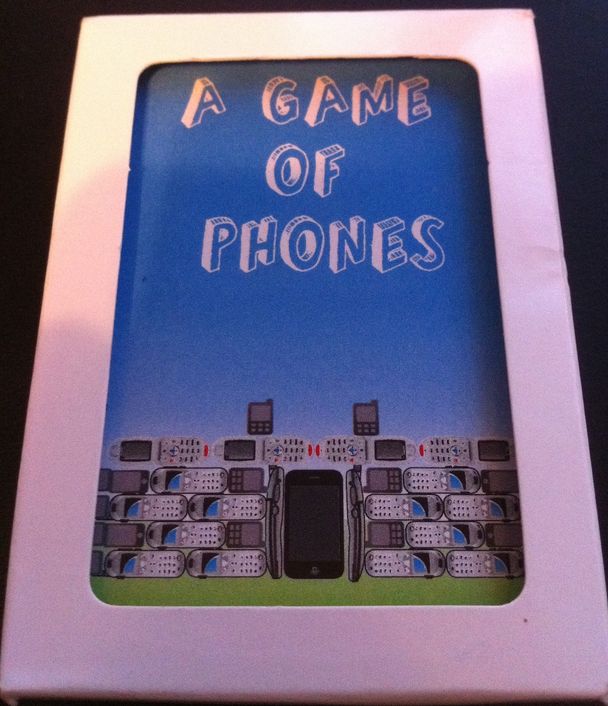 Figure 3. The deck for A Game of Phones

At the very least, order a couple of decks of the original game; there is a good chance it will help your people create or expand upon some great strategies for mobile learning. Then, share some of the best solutions with management, or hold your own tournament! It is a great way to show the benefits of a game in a real world environment that produces innovative, practical solutions for real problems.

The Making of A Game of Phones: http://www.slideshare.net/hybridlearning/the-making-of-a-game-of-phones