Nuts and Bolts: Too Many Tools

Last month we looked at the problem of trying to do too much in terms of content, resulting in cognitive overload. There’s another kind of overload, one resulting from designers who may have become “tool happy”– to use a highly academic term. This isn’t just overdoing flying text or animations (although that happens, too). It comes from bolting together so many different tools that the learner is lost in the maze of technologies. Too many tools can overwhelm just as much as can too much content.

For instance, in my work I spend a lot of time reviewing and evaluating e-Learning programs for possible purchase. Last week I reviewed a program on “unlawful harassment.” I liked what the designer had done with the content by making the learner a participant in following an interesting storyline while making relevant choices. But there were so many other things happening that I found myself terribly distracted. Aside from the storyline screens with the choices (mostly text with images … but that was fine since the story was good), there were videos that took a good while to load and that ran in a player I had to stop to download. There were narrated fill-in-the-blank quizzes that repeated information already covered by choices I’d made; a drag-and-drop interaction that asked me to match terminology only tangentially related to performance, and a talking cartoon avatar that kept popping up at random inappropriate moments. It wasn’t engaging, it was exasperating, and it kept pulling me away from the interesting content story I’d been following. And consider, I’m used to all this. Are most of our learners?

The problem has taken a 21st century turn now, with the advent of social media tools. I teach a multipart online “Social Media for Trainers” course and I ask participants how they’ll apply the information. It’s not unusual to get answers like, “Well, we’ll have a course wiki, but I’ll also host a twitter chat for quick real-time interaction, and then maybe each person can set up her own blog for reflective writing … and I can import YouTube into the wiki, right? ...” Worse, people are now trying to bolt too many of these tools onto an existing overloaded asynchronous e Learning course.

What do we want? Interesting, engaging programs, yes. What don’t we want? Learners so lost and frustrated that they check out before they even begin processing information.

Know what you want. I’ve been writing for years about the “heated seat” problem: training departments go shopping for an authoring tool (or a LMS, or a virtual classroom product) and, like people shopping for cars, become distracted by features, not benefits. Do you need narrated quizzes? Do you need an add-on that will enable you to do Podcasting? Are you sure? At what moment did you feel the need for narrated quizzes? Before you went shopping, or after you saw the cool demo? And was that cool demo something created by an army of graphic artists and programmers? Do you have such an army at your disposal? Know what’s available and study the market before you shop. Make a clear plan for what you need to buy, and then buy … that!

The fact that a tool exists doesn’t mean you have to use it. Most authoring tools now will let you build in things like, say, drag-and-drop interactions. You’re doing a tutorial for grocery baggers? Great — use it to teach putting milk in the bag first, and strawberries last. Dropping names of machine parts on the correct place on a picture of the machine? Maybe. Just a simple terminology quiz? Maybe not.

Use a tool to support instruction, not just because it’s there. I’ve been in “Webinars” using software that came with video capability, which ended up being used to run moving-mouth video of the presenter for the entire session. This served both as a distractor and a bandwidth eater. The worst ever? I was in a workshop in which the trainer had just learned to insert a running clock into the upper right corner of every PowerPoint screen. Guess where our attention went?

It’s about design, not software. I know it seems obvious, but you’d be surprised at how often people try to use technology to compensate for dry information. If you have to work that hard to keep the learner engaged, I’d suggest revisiting the content. Can you put the information into an interesting narrative or simulation? Real-life cases or news stories? Relevant examples to work through? I’ve seen fascinating approaches to e-Learning courses on fair hiring practices, customer service, and assembling electric circuits, all the result of thoughtful design. Even better, would the content be better as a job aid? Before putting in more tools, remember … your design is done when there’s nothing left to take out.

Don’t forget that too many tools can harm learning just as much as can too much content. (Figure 1 is my current favorite example.) My #lrnchat buddy Lisa Chamberlin (@chambo_online) says, “What do you really need, and what is just for show?” Less usually is more. 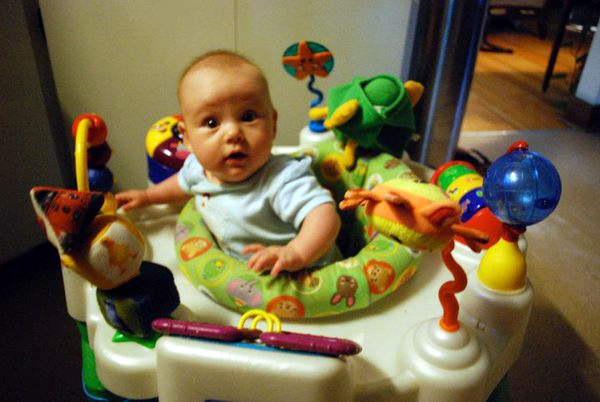 Figure 1: Motivated but easily distracted – the learner surrounded by too many tools is unlikely to know where to turn next. Photo courtesy of Chris and Daisy Clemmons.

Want more? A tangential item crossed my path just yesterday, with a fun link shared on Facebook. http://www.psfk.com/2010/08/an-open-letter-to-all-of-advertising-and-marketing.html (“I’m not looking to visit your microsite and submit a video. I’d just like some tasty sausages.”) (Editor’s Note: Item contains language that some may not care for. If mild profanity is offensive to you, I’d suggest skipping the link.)

Jane Bozarth’s Social Media for Trainers is available now for eReaders and in paperback in North America, the UK, and Europe.