The Soul of User Experience and “Hit Record” Training 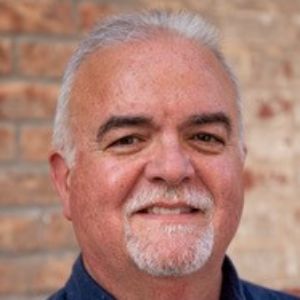 User experience has been important for a long time, and not just in eLearning.

In 1957 Memphis, Jim Stewart had a dream. Although working a bank job during the day, he had visions of starting a record company. A country fiddle player, he loved playing and sharing music. Very early on he decided that it was important to release music that people were passionate about and wanted to hear, and not just music that was “safe.”

That was difficult at the time because Jim was white and he loved the R&B soul music that was being created and performed by the African-American community. Despite objections from many white friends and family members, Jim went ahead with his dream and, with his sister, Estelle, founded the now legendary Stax Records. He made his customers a priority and broke down walls to work alongside African-Americans to bring us great artists like Otis Redding and Isaac Hayes.

Figure 1: Stax Records was a walk outside Jim Stewart’s comfort zone that paid off

There are many lessons in Jim Stewart’s courage to launch Stax and we can learn much about user experience from him. As Stewart and the Stax success proved, you must go to the users to understand what their needs and desires are. You should beware of playing it safe by repeating your same longstanding process, and you need to be willing to take a risk so you can learn from your mistakes.

On the surface it seems very logical that you should understand your users, customers, or learners, but unfortunately it is commonplace to overlook them. In the world of training this happens when we deprioritize learners because of factors like budget or inaccurate assumptions and then the result is usually a resounding thud with users. Training developers must exercise audience empathy in every effort so as to understand learners’ needs to help them do their jobs better. This usually means spending time with the target audience to understand their world and how they consume information. It takes humility, but empathy requires the developer to make the audience’s priorities their priorities even if it means taking a fresh perspective on the original goals of the project. The end user is the key stakeholder in any project so it only makes sense to give them a clear and strong voice at the table. Jim Stewart was in the streets of Memphis alongside his potential customers and could hear how soul music could break down color barriers and reach a wide audience. Before he released his first record he knew the audience was there.

That being said, his choice meant change. For him to execute change he would need to leave his comfort zone, which has been learning creator’s challenge. When mobile devices started to become more ubiquitous about a decade ago, and training began to move to phones, developers and designers simply moved eLearning modules that were made for desktop screens to the small screen. Understandably, the user experience was terrible. Page-turning training with lots of text was squeezed onto the smallest of stages and called “mobile learning.” We need to evaluate all training to determine the best delivery method that will resonate with learners. Is on-time, on-demand performance support needed? Then mobile devices could very well be the best choice. Is mentor-style training required? Perhaps augmented reality could deliver a powerful experience. The point is not to put the technology first but to consider emerging technologies in your objectives. Sometimes you must ignore your “muscle memory” and admit that the old process will actually hinder the training and not help it. And if your new training does involve change, your learners will be open to the new idea if you show them the value of the change. That’s why the records being released from Stax were being bought not only by African-Americans but by white listeners, too. Their ears and hearts told them it was exceptional music and it was worth looking beyond the musicians’ skin color to purchase a new 45.

It was risky for Jim Stewart to start a record company, not only for the reasons above but because it was a competitive and sometimes shady business. Every time he released a record it was a roll of the dice. To minimize risk, Stewart opened a record store in the recording studio and played their releases both in the store and on the front sidewalk to gauge the responses of the customers before manufacturing lots of vinyl records and sending the song out to radio stations. That was his “user testing.” User experience benefits a great deal by conducting user testing which means delivering the product on a small scale and getting user feedback. You can do this with a prototype or proof of concept to potential users. Let them use the proposed training in the context of the full build of the solution and measure their interactions and responses. Making mistakes on a new type of training on a smaller scale can save time and money by not making those same mistakes when delivering to the wider audience. Take the risk, but make it a measured risk.

Understand and listen to your learners. Don’t be afraid to leave your comfort zone. Minimize your risk by starting small and launching a prototype of your product. All of these steps can help lead to a more powerful user experience. Jim Stewart realized what it takes to deliver excellence in user experience design (UX) and we benefit every time we hear “(Sittin’ On) The Dock of the Bay” on the web or the radio. By making user experience a priority, training professionals can increase their chances of releasing a “hit record” to their learners.

From the Editor: Learn More about UX in Upcoming Online Event

This live online event, available for free to eLearning Guild members with packages, will discuss practical ways to use approaches from the UX field in your own work, review techniques and strategies that will help you better understand your audience, and look at ways to design and test solutions based on that information. Register now!