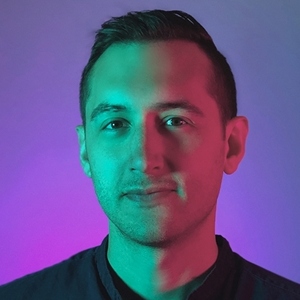 About six months ago, I stood with my father in my parents’ kitchen and confessed to him that I had done what no other in my family had done: switched from cable TV to internet TV. I explained to him, in rigorous detail, the gist of the deal: “I’ve got all these channels, and my bill is now less than half what it used to be.” My father nodded and affirmed that it had been a shrewd decision on my behalf, but he also reflected on his own entertainment-situation and the generation gap between us, and offered this:

“It makes sense, but, I don’t know. I think that I’m of a generation that largely is used to, and couldn’t do away with, three, five, and eight.”

Three, five, and eight are the NBC, ABC, and CBS affiliates in the Cleveland area. I let him know that he could still get broadcast channels through an alternate method, a suggestion that he politely shrugged off, and silently reaffirmed his commitment to cable television.

A couple of things about my father: This is a man that traded our Atari 5200 for a brand-new Nintendo NES console with a gold-plated, special edition Legend of Zelda cartridge to go with it. This is a man who has no less than seven devices on which he could watch video from his Netflix or Amazon Prime Video accounts. This is a man that switched his Sirius Radio account to a paid Spotify account because Sirius’ product and billing model had become too antiquated for him. This is also a man who’s considered at the very tail-end of the Baby Boomer generation.

Now, I’m not saying that my father was wrong in saying that he’s of a generation that’s used to cable TV, but I think that his example illuminates the fact that generational-gap thinking is a totally-imagined construct for today’s workforce. Unless you’re Jeremiah Johnson, growing your beard, making your own shoes, communicating with squirrels, and living your life in a self-imposed, mountainous exile from today’s workforce, you’re going to be experienced in societal changes and technological changes, whether it be blatantly obvious or not. You might not use Twitter, but if you’re reading this article, chances are you know what it is, or have heard a news story that used Twitter as a reference. That’s not necessarily a symptom of age, but more so one of exposure and understanding.

Imagined generational-constructs can separate our workforce when it comes to adult learning, and (of course), they tend to bleed into our learning design. As content creators and designers, we’re susceptible to the stereotypes and ageism that seem to seep into our (or our clients’) subconscious, and manifest them in development pitfalls and project roadblocks. In this article, I’m going to look at five of the biggest myths that contribute to imagined generation gaps in adult learning. In response to each of those five myths, I’ll review statistics that contradict and disprove those myths. I’ll also explore five ways to combat those restraining generational constructs in our own learning design.

Ill-adoption to a new, well-crafted style or type of learning isn’t often due to a generation gap, or more specifically, to those characteristics we project onto a particular generation. As designers, we have to dig deeper in understanding our learning audience, and we have to marry their needs and wants with those of the client’s. When you’re pitching a project, keep in mind that these projections don’t always come from the designer: they can come from our clients as well. They are just as susceptible to generational stereotypes and ageism, as these pitfalls can provide easy exits from “risky” (see: innovative) learning. We must create meaningful, impactful learning solutions for our specific learners, regardless of age … or strict adherence to cable television subscriptions.

Cole, Samantha. “Debunking The Workplace Generation Gap Myth Once And For All.” Fast Company. 14 November 2014.

Harwell, Drew. “More women play video games than boys, and other surprising facts lost in the mess of Gamergate.” The Washington Post. 17 October 2014.