As my readers know, there are hundreds of authoring tools on the market, but most of you are using one of the following (listed in alphabetical order):

Each of these has its strengths and weaknesses. There are many more, as stated, including many that are cloud-based. I’ve written about many of these in the last six years. The above six tools represent the biggest market share, and many of you are using more than one of them.

This month I will talk about the media supported by the above tools when publishing to HTML5, which at this point is the standard. I believe I have been accurate and complete in my examination of each tool. If you see any omissions or mistakes, please note them in the comments below.

For the best instructional design approaches, you must, of course, consider which media will best help your learners. You and I both know that throwing in photos of people meeting in a room or a video of a talking head is rarely a good idea. Using an image or video that directly illustrates the concept being learned, on the other hand, can be instrumental in helping the learner achieve proficiency.

What’s the big deal about text? Text is text, right? Well, not exactly. Let’s start with the basics. Text fonts can be:

Text fonts can also be:

If you want your text to be consistent across all browsers, you may know that you need to use web-safe fonts. Adobe Captivate recommends the following. The other tools do not call out the web-safe fonts directly, so you can use this list as a guide. However, there are others that are considered web-safe. For example, see https://websitesetup.org/web-safe-fonts-html-css/.

With a little effort, you can also benefit from using free fonts from Google. Check out also Adobe Typekit, which you already have if you subscribe to the Adobe Creative Cloud. Typekit allows for some free fonts and others that you can purchase, but be aware of the limitations to the number you can use. You can access Typekit directly from within Adobe Captivate 2017. Look for the Tk icon next to the fonts dropdown, as in Figure 1. See Adobe’s explanation of Typekit if you are new to it.

Tips for text use

Pixel images are the ones we’re all used to seeing everywhere online and offline. For instance, pictures we take with our phones or cameras—in fact, almost every photograph is a pixel image. There are many file formats for pixel images, including JPG, PNG, GIF, and BMP. Most of these are compressed file formats, which means that they use a codec, a coder-decoder, to compress for optimal file size and to decompress for viewing the images. Each has its strengths and weaknesses. For instance, PNG files allow for transparency. Each time you use a character image, for instance, it is in the PNG format. In Figure 2 below, you can see a background image that is JPG and two other images that have been overlaid on it, the moon and the woman, both of which are PNG format. 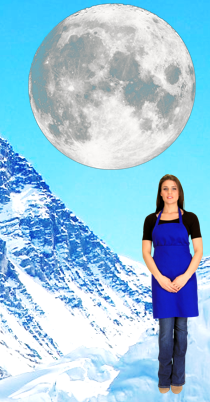 Figure 2: A JPG with two PNGs

To ensure that your images will look correct across all browsers, stick to JPG, GIF, and PNG, as those formats are supported across the board.

SVG files are quite different from pixel images. They are created and edited in applications like Adobe Illustrator and AutoCAD. Photoshop can also edit SVG to a degree. Some of the common file extensions for SVG files are SVG, AI (Adobe Illustrator), WMF (Windows Metafile), EPS (Encapsulated PostScript), DXF (AutoCAD), VML (Vector Markup Language), and SHP (Shapefile). If you were to open a vector image in a text editor, you would see something like this:

In short, SVG files are collections of instructions on how to build the image at the moment of need. In fact, this is why these images are normally not photographic, but drawn, and also why they are extremely scalable. Shrink them or expand them on screen and they will still look just as good. You can see an example of an SVG below in Figure 3. Note: Of the tools discussed in this review, only Adobe Captivate supports SVG files. 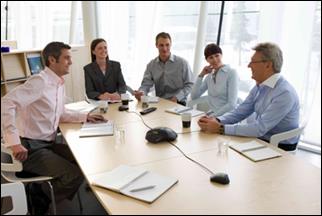 The PowerPoint add-in tools below benefit from the images you can import into PowerPoint. In addition, each has the options below.

There are many types of audio files, including those that are:

In audio editors, such as in the Audacity screenshot in Figure 5, sounds are shown as waveforms. You edit the file in uncompressed form. 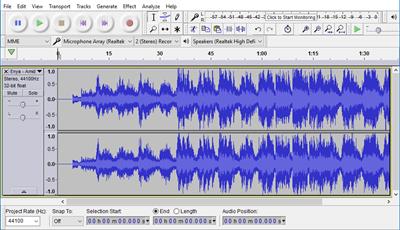 HTML5 officially supports MP3, OGG, and WAV. However, only MP3 is supported across all browsers today, so stick with MP3. Audio quality is determined mostly by the sampling rate and whether your file is monoaural (one track) or stereo (two tracks). For most audio narration, 22.05 kHz and mono are perfectly fine. Files saved as such will be one-fourth the size of those saved as 44.1 kHz and stereo.

An animation can be stand-alone, such as an animated GIF or video animation. It can also be an effect or path movement, such as those in PowerPoint and in many authoring tools. Finally, there are also hundreds of different 3-D animation formats that are used only when they make sense, as they can be costlier.

Videos that are supported in HTML5 include MP4, WebM, and Ogg. However, only MP4 works across all browsers right now. Other formats with which you are probably familiar are AVI, FLV/F4V, M4V, MKV, MOV/QT, and WMV.

Videos can take up a huge amount of space in your eLearning, and so you must take care to use them wisely. The file size depends on several key factors, including:

The bad news about 360-degree video, virtual reality, and augmented reality is that none of the tools discussed here, and, in fact, no eLearning authoring tools that I know, of can help you create any of these media types. The good news is that it’s easy to use any of these media types in all these authoring tools. In fact, you can even include them in PowerPoint or any other tool that allows for the inclusion of a web object—that is, a rectangular area that you place on the screen in which you place a web link that is then shown live to the learner.

You can use a web object to point to and show any website, of course, and allow the learner to interact with the website, including moving in any direction in a 360-degree video, virtual reality, or augmented reality.