Microlearning: What It Is Not and What It Should Be 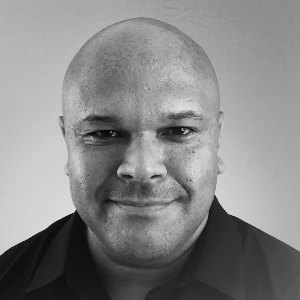 If you are a learning professional, it’s almost impossible not to have recently heard about the wonders of microlearning. Apart from being a genius marketing tagline used by many learning technology salespeople, microlearning has some aspects that can be useful in your organizational learning strategies.

The key point to recognize is that microlearning is not a theory, nor a principle, but rather a learner-centered approach. What is microlearning? Well, it depends on whom you ask; according to the Knowledge Pulse (see Behringer in References), the term microlearning was coined by the Research Studios Austria as “learning in small steps,” and it has been heavily popularized due to most of its interventions being Web 2.0 friendly. In this article, I discuss the theoretical background supporting microlearning strategies, the pitfalls of blindly adopting microlearning, and its potential benefits for workplace learning.

There may not be any theory out there with a bigger case for the support of a microlearning approach than cognitive load theory (CLT). CLT was first described by John Sweller, and it proposes that “learning occurs in two mechanisms: 1) schema acquisition, or forming a mental map, and 2) transfer of knowledge into working memory” (see Laistner and Sweller articles in References). As we learn, our working memory can only take so much—it is like a sink with a slow drain. If you “pour” too much knowledge or content in at once, you would experience a cognitive overload or that feeling you get after the first five yawns into a boring lecture. CLT also applies to highly relevant content: It can cause cognitive overloading through useless or inadequate information or knowledge related to tasks.

There are three types of cognitive load: intrinsic, extraneous, and germane. The intrinsic deals with the complexity of a task or concept and its relation to the learner’s abilities. The extraneous load is directly influenced by instructional design, that is, how content is presented and facilitated. The germane load affects a learner’s ability to build schemas. Sound familiar? Microlearning focuses on these, as it limits cognitive loads and its application is meant to be highly relevant to tasks. The only reason we hear about microlearning instead of cognitive overload reduction is the former term is “sexier” and easy to sell.

The biggest problem with microlearning being such a ubiquitous marketing phenomenon in learning and development (L&D) circles is when learning professionals blindly use it for every organizational challenge. “Micro-learning is NOT useful when people need to acquire and learn complex skills, processes, or behaviors; people need relevant practice—and feedback on performance” (see Jomah, et al, in References). For example, it would be challenging to learn computer programming in a microlearning approach, as its intrinsic cognitive load demands more than just short bursts of “bite-size” learning chunks. A second questionable example of microlearning as a strategy is using it as a replacement for formal instruction. It’s important to recognize that formal instruction is necessary for core foundational knowledge where none exists or where there are perceived gaps in knowledge. An example of microlearning as a substitute for formal instruction is the use of platforms that provide daily reminders or daily video links to users; these are rather passive and may lack much context and/or relevance to tasks. Are they a great way to deliver content? Sure, but does that translate to meaningful learning?

Microcontent is king in microlearning rules

The notion of microcontent and microlearning can also be attributed to Christian Swertz, a professor at the University of Vienna, Austria, who proposed a “Web Didactics” approach for the micro-level content of web browser interfaces and individualized learning experiences (see Hug in References). This is a new concept that retains many of the traditional didactic models, but offers a way to assimilate to web and metadata developments over recent years. The key advantages of microcontent are that it’s malleable, interchangeable, and mobile. Microlearning has great potential to serve mobile learners because microcontent goes to where the learner is and can be accessed from any device. Therefore, microlearning can be highly effective and manageable when tracking it with xAPI. Lastly, microlearning tends to be learner-centered; it’s ideal for personal learning plans and ongoing professional development. “Microcontents are very attractive because they are also individually addressed and referred to by sets of formal metadata. The ‘metaweb’ itself is formed of microcontent” (see Jomah, et al, in References). This means microcontent can “live” anywhere and does not have to be hidden behind the Learning Demilitarized Zone (LDZ), commonly called “the LMS.”

In summary, microlearning refers to learning experiences that happen in tiny bursts and short times. It has been an omnipresent force in recent years around L&D circles due to its relation with learning technologies. Although most of its benefits are derived from the reduction of cognitive overload, its marketing appeal has allowed many vendors and learning professionals to ignore its lack of theoretical foundation. Cognitive load theory is the closest framework supporting the use of microlearning, depending on the cognitive loads involved. Microlearning is not a one-size-fits-all approach, but rather a good companion for formal instruction. Microlearning may not be an optimal solution for complex tasks in workplace learning, but its nature seems well aligned with learner-centered models such as personal learning plans and professional development interests. Finally, like most learning strategies, microlearning fits well if you carefully consider the tasks involved and their cognitive loads.

Laistner, Marilyn. “Differentiation in Chemistry for Students with Various Levels of Cognitive Efficiency.” The College at Brockport: State University of New York, 2016.