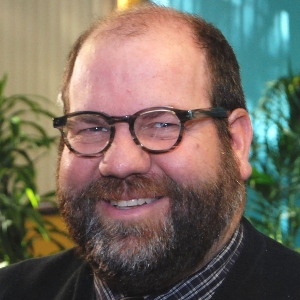 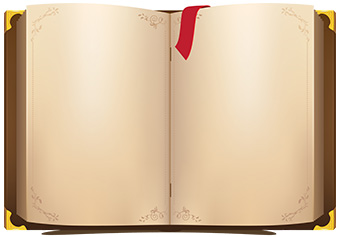 Belle, from Beauty and the Beast, feels trapped in a world where there is nothing to capture her attention or interest. All she can do is read, read, and read, always dreaming that there must be something more to life than the tedium of a life void of activity.

When learners are invited to be your guest in an eLearning module, there has to be more than just content delivered as text. Learning can be a beast when there is no chance to capture the excitement of actually doing something meaningful with newfound knowledge and skills. 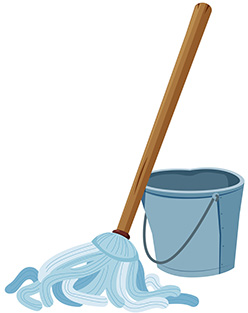 Cinderella spends her time in unrelenting toil, scrubbing and cleaning, set to tasks devised by her step-mother more to keep her occupied than to accomplish anything useful. She waits for her Fairy Godmother to use the common elements around her to make her dreams come true.

How often do eLearning interactions exist simply to keep the learner doing something? Designers do little more than craft tedious activities that do nothing but take up time. The simplest elements of interactivity could instead create challenges of interest and delight, yet instructional designers create questions and tasks that are patently absurd. It is too rare a dream that learners can escape to a place of wished-for performance change.

Ariel, drowned in a sea of meaningless frills 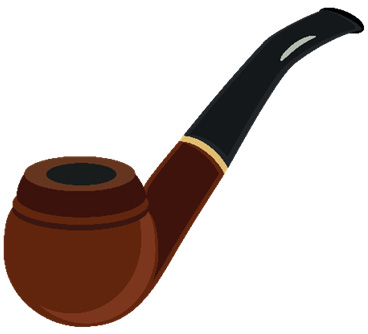 eLearning media and effects can drown out meaning and usefulness when the elements have no purpose or are used inappropriately. When instructional elements are not part of the learner’s world, features that might otherwise be useful in a different context instead create confusion and distraction. Poor unfortunate learners can easily flounder under this unintended sea of unfocused media. 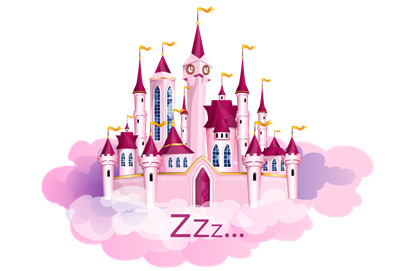 Due to a curse resulting from a feud between her guardians, Sleeping Beauty’s Princess Aurora is cursed to sleep until she is awoken by love’s first kiss. Vigorous efforts by her friends fail to prevent the innocent girl from falling into the deep sleep. Unlike many princesses, Aurora is largely a victim, waiting helplessly for rescue from the ordeal into which she was thrust. It is just by extraordinary good fortune that she is brought back to the living.

In much the same way, the unrelenting boredom of many eLearning modules casts learners into a similarly trance-like state, waiting to be released from the unrelenting sequence of text and questions. One’s greatest hope is to exert as little attention and effort as possible and simply endure until a much-hoped-for release is found.

Snow White, distracted by too many little details 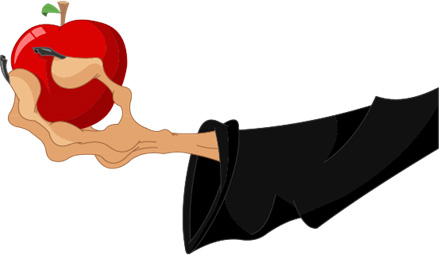 Snow White, the heroine of Snow White and the Seven Dwarfs, has her very life threatened by the machinations of the evil queen. She seeks refuge in the cottage of seven friendly dwarfs who welcome her in. Occupied by the everyday chores of cleaning and housekeeping, Snow White is tricked into eating the beautiful but fatal poison apple offered to her by the disguised evil queen.

How often do eLearning courses create well-meaning yet ultimately ineffectual small tasks and activities, while a much more significant threat to the organization’s success remains unrecognized? The small achievements are dwarfed and made irrelevant by the much more significant performance deficits that slip through the instructional analysis undetected.

Jasmine, overwhelmed by an overabundance of elaboration 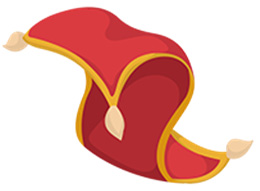 As the daughter of the Sultan in Aladdin, Jasmine is seemingly in possession of all the world has to offer. But the simplicity and good nature of street rat Aladdin helps her reinforce what is really important to achieve her potential. She risks public censure when she violates the accepted law that forbids her from marrying below her station.

In eLearning, it is commonly accepted that expensive and elaborate technology is the key to success. While advanced features can certainly enhance an experience, they can’t substitute for interactivity based on solid principles of learning. Sometimes, straightforward challenges can show the learner the world of possibility most effectively.

Pocahontas, obscured by a misconstrued message

Unlike the other Disney Princesses, Pocahontas was an actual historical figure who lived amid very real joys, challenges, and struggles. In telling her story, truth got somewhat obscured by pressures to create an experience that reinforces popular misconceptions and ignores precisely some of the details that might have been most useful in understanding the complexities of U.S. history.

It isn’t rare for training to miss its mark when the message fails to match the actual experience of the learner. Subject matter experts can carry out the content in the wrong direction when instructional analysis fails to include the true challenges and problems that are impediments to desired performance from the learners.

Tiana, left in a worse place than she started 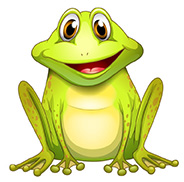 In The Princess and the Frog, poor Tiana just wants to work hard, earn some money, and open her own restaurant. Her good deed to kiss a frog to restore his prince-hood backfires and she becomes a frog herself. Cooperation of a voodoo priestess is necessary to bring order back to Tiana’s world.

How often are hard-working learners encouraged to invest themselves in eLearning, only to find out that it leaves them in a worse place then they were before? Compliance training is offered as something to be done for the good of the organization, but ends up just being a punishing experience. Instead of elevating critical performance outcomes, it simply reinforces a belief that eLearning will be a disappointing waste of time.

Mulan, having her unique perspective ignored 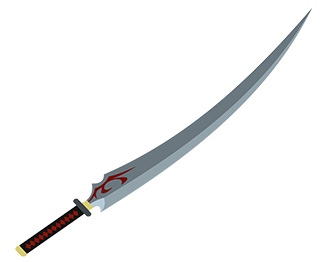 Mulan faces the choice that each person confronts: to follow one’s own heart or conform to the world around her. Mulan wants to use her bravery and skills in defending China from the invading Huns, but expectations demanded that only men could be warriors. She had to abandon her own identity to fall in line with the expectations placed on her. It wasn’t until she was able to assert herself as a woman that she was actually able to contribute to society.

This is the essential conundrum that undermines the impact of much eLearning. Rather than encouraging an individualized experience that matches each user’s skills and deficits, all learners must proceed lock-step through the modules in exactly the same way, experiencing the exact same sequence, content, and timing without regard to individual differences. Putting learners in control of how they will attack a problem is necessary to real success.

Merida, a victim of misaligned objectives 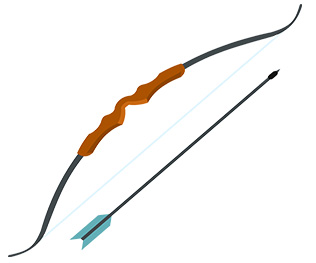 Brave’s Merida is an independent-minded girl, skilled as an archer and eager to be a bold adventurer. Her mother has different plans for her, as she envisions a life for her where she marries to solidify clan relations in the manner that has been accepted for generations in the Scottish Highlands. The mismatch between the vision held by Merida and the objectives put forward by her mother results in disastrous side effects for everyone concerned.

eLearning modules that fail to account for the characteristics and needs of the learner, and instead seek to impose objectives that take their strength from traditions, untempered by immediate relevance and usefulness, result in frustration, distrust, and missed opportunities. 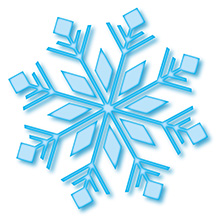 In Frozen, Elsa has a superpower that is misunderstood and kept from the awareness of most people. When it is finally unleashed, because it is something so strange and powerful, it transforms everything around her indiscriminately, creating a beautiful and impressive world that nearly destroys everything she cares about.

eLearning has been trapped for generations in low-level, pointless designs, limited by tools that are inadequate to the problems. Do you want to build eLearning? Go ahead, just do it. But as more powerful technologies become accessible, misapplication results in unintended consequences, which in their own way may be worse than not using the technology at all. Instead of letting it go, designers need to understand the instructional power of interactivity and use it to create experiences that support the desired performance environment.

Rapunzel, accumulating gifts with no value

In Tangled, Rapunzel is kept imprisoned in a wonderful tower to protect the special gifts her hair embodies. Unfortunately, while her hair continues to grow and grow, there is no outlet for anyone to actually benefit from it. She needs to escape, wend her way through the world full of challenges, take risks, and ultimately use that which was accumulated for so long to reap any benefits.

LMS systems can often result in a similar puzzle. Learners continue to accumulate data that doesn’t actually have any intrinsic value. The training must actually connect with real-world challenges, and then take risks and action to improve performance.

So there you have it. An unexpected and perhaps irreverent perspective on the challenges we face in designing eLearning. I have to admit that what began as a bit of whimsy, resulted, at least for me, in a sharpened awareness of how easily design decisions can undermine the impact of our training.

Ethan will be speaking on Secrets to Instructional Feedback, Session 709 at the upcoming Learning Solutions Conference in March. Read more of Ethan’s and his colleagues’ blog insights and tips on creating performance-based learning at info.alleninteractions.com. You can check out Ethan’s eBooks on designing impactful eLearning here as well.