On Monday, November 30, 2015, Adobe announced that Flash Professional CC will be replaced by Adobe Animate CC in early 2016. It’s the same program, only the name is changing. In our eLearning space, we use or see Flash every day. It’s so ubiquitous that sometimes a single web page contains many instances. Yet Flash isn’t an “open” program. It’s 100 percent proprietary. HTML5 is open and doesn’t require a plug-in to be installed for your browser. Don’t mourn the end of Flash.

The Flash format (FLA and FLV) isn’t going to die in 2016, and probably not in 2017 or 2018 either. According to CNET, about 27 percent of the web is still populated by Flash content and Flash ads. Adobe is encouraging web designers and content developers (that’s us!) to move to Adobe Animate CC and use other software to create content. Our bread and butter programs like Adobe Captivate and Presenter, Articulate Storyline, and Studio are fine with this. In fact, they already support responsive web pages and can handle all the media types we typically put into our lessons. LMSs will like that too. The browsers that display our content will be happy as well. Flash has made my browsers crash more frequently than I thought possible.

A wee bit of history

In the mid-1990s, a small company named Macromedia marketed a program called Director. Director could only use pixel-based images to create animations. For the 1996 release of Director, Macromedia included a “free” program called Flash. The web was nascent and there was growing demand for both video and animated content. Flash used vector graphics where Director couldn’t. Macromedia also released a browser plug-in called The Macromedia Flash Player, along with the Shockwave Player for Director. It was a game changer. The promise of a multimedia universe online was becoming a reality.

In 2005, two events changed the web: Adobe bought Macromedia and YouTube launched. YouTube started an avalanche of video content and used Flash as the method to deliver the content. In 2006, Google bought YouTube. The popularity of video rose exponentially, and now there are about 300 hours of video uploaded to YouTube every minute. That’s 18,000 hours of video uploaded each and every hour of the day! I’ll let you extrapolate that into hours of video per day and month, but the number is staggering. Then Apple launched the iPhone in 2007. The online world was changing seemingly faster than the speed of light. Fast forward. By 2009, Flash was everywhere. In 2010 Steve Jobs wrote “Thoughts on Flash.” He announced iPhones and iPads would no longer support Flash. The Flash world started to crumble.

Flash is everywhere on the Internet … except on phones. iPhones and iPads, along with Android devices, don’t run Flash. In Figure 1, you can see just how ubiquitous Flash has become. There are no fewer than nine (!) instances in that figure. Each one of the red circles or partial circles in the image below is a separate instance of Flash on the page! 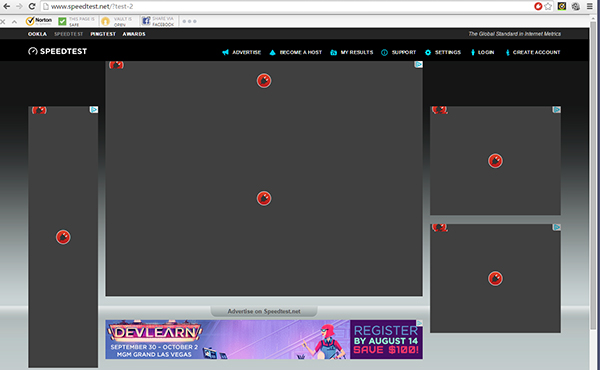 Figure 1: Each red circle is a Flash instance on the page in this picture

Flash is also a security risk. That’s why Mozilla (Firefox) and Chrome “banned” it from their browsers for a while. For years, Adobe has continuously updated the Flash Player to close security holes.

It also causes browsers to crash frequently. I’ve blocked Flash from my browser and they sure seem snappier with no Flash running on the pages.

Are there other tools that can take the place of Flash? The reality is the FLA and FLV formats are going away, not the program, even though it’s going to be called Animate CC. But there are lots of tools to replace it. I’m going to start with the assumption that everyone who uses Flash also uses Photoshop, so I’ll just leave this at programs that have a timeline. (OK, you can do timeline work in Photoshop, but it’s a bit of a kluge.)

Adobe Animate CC: The Flash Professional CC replacement. Some sites, such as SC Magazine, state that using Adobe Animate won’t remove the security issues associated with Flash, but that’s only if you use Flash files, which Animate CC can still create.

Adobe Edge Animate: This program publishes HTML5, CSS, and custom JavaScript all based on your animation timeline. It’s a snap to use and when I first tried it, I found myself wishing Flash could be this easy. It’s great for the animations you’ve been doing.

iClone 6: This is the same company that makes Crazy Talk. But this tool is 3-D.

ToonBoom: This software is used by many networks and animation houses, but can be very expensive. Their plans include outright purchase as well as subscription models. The three versions have differing capabilities; only the Premium version seems to make sense and it’s just under $2,000.

Adobe After Effects: This is the Swiss Army Knife of visual programs. You can create the most polished animations and videos. If you want to do something you see in your mind, you can do it here. Yes, it has a steep learning curve in the beginning, but once you get the concepts and two or three paradigms that After Effects presents, you’ll wonder why you never used it before. And if you’re a practiced Flash programmer, there’s Action Script in After Effects too.

PremierePro: Perhaps the most widely used video editing program. You can also animate with it. The beauty of the Adobe Creative Cloud is evident here because the Dynamic Link engine allows you to work with After Effects, Audition, Photoshop, etc., where you can change your content and have it update in Premiere Pro … or vice versa in After Effects.

FinalCut Pro: Only works on Apple desktops and laptops. FinalCut used to be the program studios used, but it lost that lead when they released a new version in June 2011. While there have been many updates since then, and the program is as good as it ever was, Apple changed the program without asking their users and they did not like it. Many switched to Premiere Pro at the time and haven’t switched back.

Sony Vegas & Sony Catalyst: I’ve always liked Vegas and then Vegas Pro. I’ve loved this program since it was released in 2001. It was called Vegas Video then. It started as an audio software package and when it added video, the visual feel was intuitive and easy to use. After Sony bought the Sonic Foundry company in 2003 they left the programmers alone. My only problem with the software is that it’s been a bit unstable.

These are the three pre-eminent NLE (non-linear editing) video programs, but they can all be used for so much more.

It's not going away

Flash isn’t going away any time soon. If this serves any historical perspective, Sony has just announced that as of May 2016 they will no longer manufacture and ship Betamax videotape (remember tape?)! It takes a long time to finally see the end of something that’s been as ubiquitous as Flash has been over the last 20 or so years. Flash will be with us for a while yet.