Time to Get Serious: A Rough Guide to Serious Games

Serious games are being used by more and more organizations as part of workplace training, but despite their growing popularity they are still a relatively new phenomenon for some sectors. According to the 2014-15 Towards Maturity Benchmark Report, just 24 percent of learning and development (L&D) leaders use games or simulations in their training. What’s holding them back?

It may be the view that serious games are still a bit of a novelty, or that the world of work and gaming simply don’t mix. But perhaps it is more likely to be concern over issues such as complexity, cost, production time, and the practical application of serious games.

To shed light on the subject, here is a rough guide to the use of serious games as a workplace training tool.

Very simply, serious games are learning games. Their primary purpose is to allow a person to learn something through game play while having fun. They are designed with the specific intention of achieving a particular learning outcome linked to a training need. Serious games focus on real life issues or problems that the player will recognize within their working life. They use the same techniques and devices as a video game designed purely for pleasure.

To understand more about serious games and the role they can play in workplace training, it is helpful to consider how they contrast with standard eLearning. In Table 1, I’ve compared aspects that are typical of eLearning with aspects of serious games. Some key differences start to emerge.

Gamification expert Karl Kapp believes the acceptance of failure and “replayability” is also key in setting serious games apart from traditional instruction. He points out that in most instructional settings failure is portrayed as negative and the emphasis is on learners getting the right answer. “In most modern work environments, there are many ways of solving problems, dealing with obstacles, and creatively finding solutions,” writes Kapp. “Games encourage failure and exploration, two keys to modern workplace success.” He says that it is this exploratory quality of serious games that encourages people to play them over and over, and in doing so, review the information and reinforce their knowledge.

A group of more than a hundred L&D professionals were asked to come up with a business challenge they thought would be suitable for a serious game. Compliance and health and safety were the most popular suggestions, but what really stood out was the breadth of topics. From conflict resolution to prescribing medicines, there are a wide range of possibilities. Figure 1 is a word cloud that summarizes their suggestions. 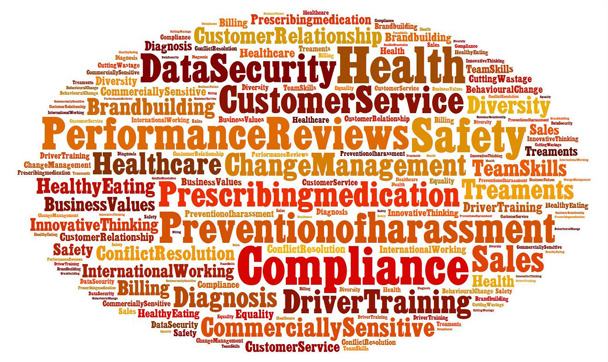 Figure 1: This word cloud summarizes the thoughts of over 100 L&D professionals on business challenges most suitable for a serious game

There are no hard and fast rules, but serious games tend to be most effective when they deal with real risks and real consequences in topic areas that impact on an employee’s safety, job, life, or money. For example, health and safety training is a good candidate for a serious game because it has real workplace relevance and could ultimately impact on an employee’s safety or the safety of the public. Likewise, a healthcare game about injectable medicines could explore the real-life risks to patients. A serious game that helps an employee to learn about protecting trade secrets would be compelling because getting it wrong could cost them their job.

So how are organizations using serious games right now? Here are some real-world, albeit anonymous, corporate examples:

As serious games increase in popularity, you may find yourself faced with a raft of new terms and phrases that can be mystifying to the uninitiated. These terms come from the world of video-game design and are starting to cross over into sectors such as eLearning, where serious games or game elements are being used.

Here’s a short jargon-buster to help anyone new to the world of serious games:

I hope this brief introduction to the usage and jargon of serious games will help you in your exploration of effective ways to facilitate and support learning in your organization.