How We Did It: Engage Your Learners with a Pop-Up Escape Room 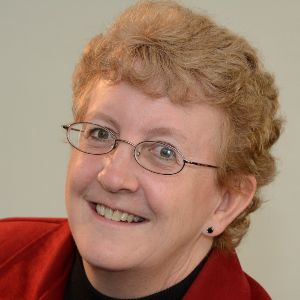 In October of 2018, I attended GamiCon in Chicago and got the idea of a pop-up escape room from Michiel van Eunen of the Netherlands. That night, back at my hotel, I thought, “I could do this, and I know exactly how we would use it at my company.” Three weeks later, we conducted our own successful pop-up escape room pilot.

A pop-up escape room is based on the same concept as a regular escape room, but can be conducted in any type of room, with just about any number of people. Teams compete against each other, and no one is actually “locked” in a room.

In January 2019, we added our pop-up escape room challenge to the second day of our new hire onboarding program, just after lunch. As of December 2019, we’ve had over 500 Paycor new hires participate in this game. This activity engages learners, helps review what they’ve learned, has them work in small teams, and allows them to work with people from other departments. They love it and your employees would, too!

How does it work?

The object of the game is for a team to be the first to “unlock” a 10-digit secret code; success means that team can escape from the room. Learners, in small teams, work together to figure out “clue words” to get hints to figure out the unlock code. Sounds easy doesn’t it? If a game is too easy, it isn’t fun.

The game involves 10 clue objects placed strategically around a room. One learner from each team scans a QR code that brings up our clue entry app in their phone’s browser. They type in their guess into the app. If it’s correct, they get a hint for one of the 10 digits of the unlock code. The first team to figure out the 10-digit unlock code goes to the facilitator’s laptop and types the code. If it’s correct, the door in the app opens, they’re magically outside, and the game is over. Then we present certificates to the winners. One of the most important things in this game is picking the right clue words and finding clue objects that make sense. For example, one of our clue words is “Perform”, which is one of our software products. The clue object I used for that is a collage of people performing. I have a mixture of easy and hard clue objects.

I needed two “apps” for this game. The first app involves learners typing in clue words on their phones to see if their guesses are correct. If so, the app provides hints for the unlock code. I used Articulate Storyline to create this. I placed the web output from Storyline on a public-facing server so learners can easily access it from their phones. 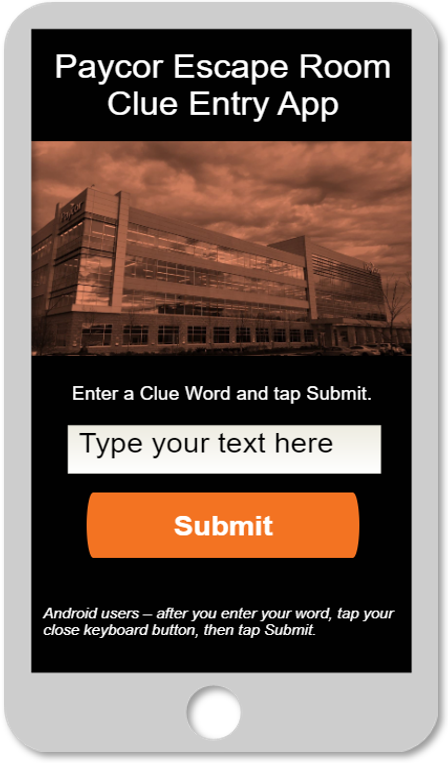 The second app allows a team to enter their guess for the unlock code. I also created this with Storyline, and added the SCORM package to our LMS. If a team enters the correct unlock code into the facilitator’s laptop, the door opens, they win, and the game is over! 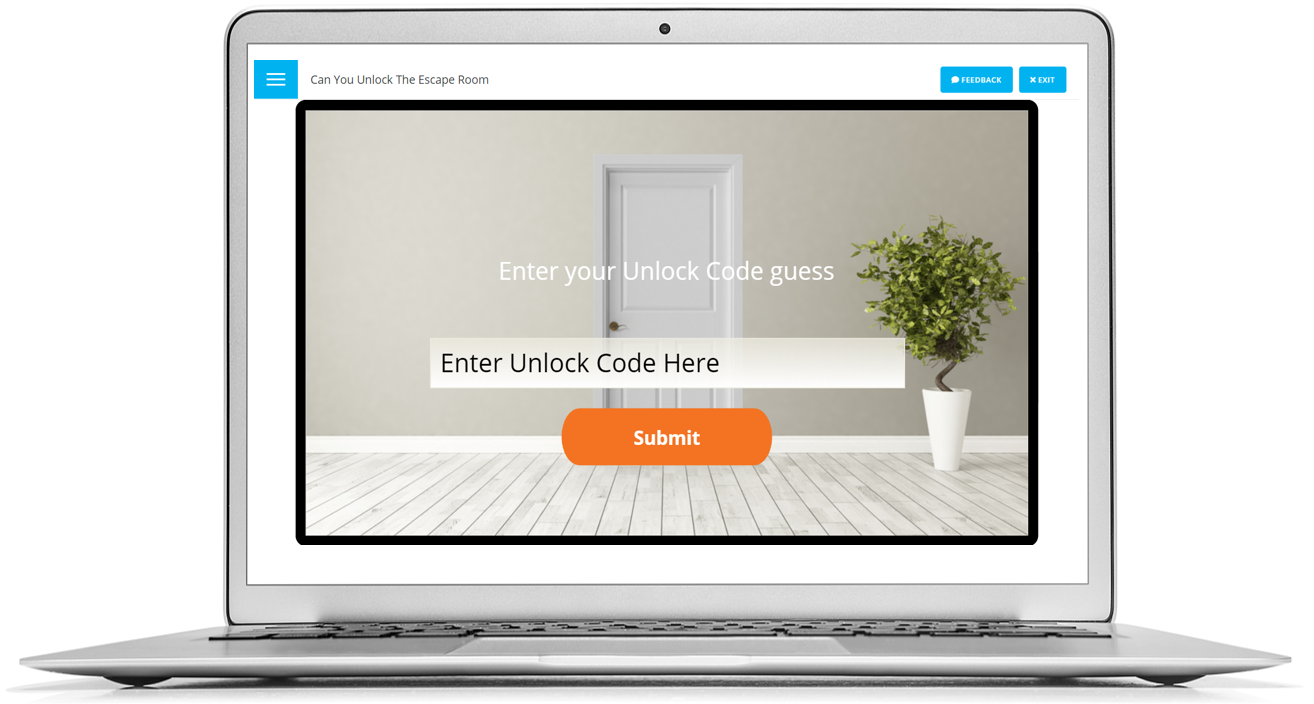 Figure 3: View of the facilitator's laptop

As I said, we don’t want the game to be too easy but we also don’t want it to be too hard. So we provide a packet to each team that has the rules, two “hint coupons,” and a worksheet that can help them when trying to figure out the clue words and unlock code. If teams give the facilitator a “hint coupon,” the facilitator gives them a hint but not an answer.

After the game has concluded and certificates have been awarded, we do a debriefing activity which centers around how each group worked as a team. For our onboarding classes, we talk about how they will have to collaborate with people from various departments, just like they did in this activity. Figure 4: Employees with their certificates

Fun, engagement, and a review of key training words are achieved in our pop-up escape room.

Ponder this: What training do you have in which a pop-up escape room activity would work?