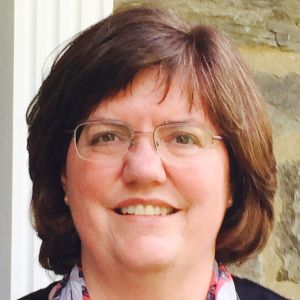 Among the many topics coming up in professional conversations these days is a desire to strengthen the learning culture in our organizations. We want to create an environment in which people freely and deeply learn, an environment that creates knowledge and skill as well as passing it on, and an environment that supports the organization’s need for innovation, rapid re-skilling, and ongoing development.

Many people are not feeling it, though, so it raises the question of how to cultivate, create, build, nurture, or strengthen (pick your verb) a culture of learning in our organizations—and what role L&D can play in that project.

In A New Culture of Learning (2010), Doug Thomas and John Seely Brown make the point that there are several ways of thinking about culture. There’s the traditional Edgar Schein-like definition that speaks of culture as “a pattern of shared basic assumptions” and there’s the culture that is found in a petri dish. In a petri dish, “culture” is understood as the growth produced in that environment.

In the context of rapidly changing workplaces, it seems to me that it’s more useful to think of cultures as emergent and changeable than to think of them as monolithic and immutable. For one, that gives us far more hope for creating a strong learning culture than might seem possible in a constraining organizational context.

The petri dish culture analogy is also more in alignment with our ongoing experiences. Culture is a socially constructed phenomenon—it exists in a relational space (how we interact with one another) and is formed in the values we espouse, the beliefs we carry, the actions we take, and the stories we tell.

Notice the “we.” While culture can be deeply influenced by leadership, it’s not not fully realized without the engagement of the people within its scope. If “we” don’t like the culture in which we find ourselves, “we” can change it (although I don’t doubt that is sometimes easier said than done). Further hope can be found in the fact that culture can be very localized, and that subcultures exist within broader cultures.

All that heady philosophizing comes down to this point. We can grow the kind of learning cultures we need to thrive. We do that, I think, by being as deliberate as possible about what is in our petri dish—being thoughtful about our values, beliefs, actions, and stories, regardless of whether we are leaders or players.

Researchers, theorists, and learning leaders have shared many key ideas that we can use to conceptualize a petri dish that will grow a vibrant learning culture. In my analysis of quite a bit of material on the subject, I synthesized the foundations for strengthening learning culture into three main elements—purpose, connections, and mindset. In the writings of both academics and practitioners, we can find not only these imperatives, but plenty of actionable tactics that can help us in our own efforts.

“We can then build 'learning organizations,' organizations where people continually expand their capacity to create the results they truly desire, where new and expansive patterns of thinking are nurtured, where collective aspiration is set free, and where people are continually learning how to learn together.” (Peter Senge, The Fifth Discipline, p. 3)

I’m offering a full-day workshop on "Building a Stronger Learning Culture at Your Organization" at the Learning Solutions conference in Orlando, Florida, on March 30. Join me for the conversation.