The Ubiquity of Informal Learning: Beyond the 70/20/10 Model 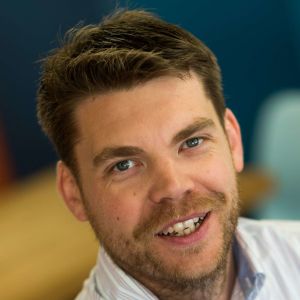 So I’ve had a bit of a bugbear for a while and I’m starting to feel that I’m not alone. It’s 70/20/10, the oft-quoted model from which we derive that the majority of learning happens from on the job experience, as opposed to learning from peers or in a formal learning environment. That’s not to say that I think the importance we give to informal learning is wrong, far from it. It is more that I think we’ve got the wrong model at the heart of the movement.

I’ve heard plenty of people like Doug Lynch tell us there is no peer-reviewed basis for the model. I’ve searched for peer-reviewed journal literature to corroborate the model but I can’t find any, despite there being much suggestion as to a solid research basis. I’ve had conversations with a number of colleagues in academia who are generally of the same opinion — 70/20/10 is a model based on what “seems” to fit.

Unfortunately, “seems to fit” is a trend that we don’t need any more of in workplace learning. Learning Styles “seemed to fit.” There is plenty of “seems to fit” evidence for 70/20/10, ranging in quality from anecdotal blog posts to studies like the one conducted by the Education Development Center (EDC), often quoted as the basis of most “70%” work. The EDC research is often cited as providing the corroborating evidence for suggesting that 70% of workplace learning is informal in nature, but it makes no reference to the 20% or 10% part of the model. This distinction is made by Lombardo and Eichinger as a part of their “Career Architect” process; a proprietary approach to assessing and developing leadership. Here the waters muddy further as overlapping definitions kick in. What the EDC research might call informal, Lombardo and Eichinger would call “learning from others,” and the definition often changes dependent on who you speak to. It is all rather confusing and is certainly far from a concrete foundation to effect grand change.

Digging into the references a little further, many articles which put forth the 70/20/10 model cite Kevin Dobbs’ article “Simple Moments of Learning” which appeared in Training Magazine, January, 2000. This article only mentions 70% in passing, referencing another project which found this figure: the EDC study. Fortunately, the findings from the EDC study can be found in the book “The Teaching Firm,” which can be read in full online.

The Teaching Firm includes a range of case studies that attempt to verbalize the impact and intensity of Informal Learning in the workplace. While the results tend to show that informal learning does indeed happen, and it does have direct benefits to performance, the authors make no judgement as to the intensity or percentage of total learning which was informal in nature. 70% as a figure isn’t a part of the case study results or conclusions.

At this point I’m reminded of an old adage from a Professor of mine who used to remind me on a regular basis that “not all models are right, but some are useful.” Unfortunately, I’m not convinced that 70/20/10 is actually useful either.

Allow me to indulge myself in a story to illustrate my point. My first proper job was working in the bakery department at a large supermarket chain in the U.K. Following a formal induction, I was sent out into the big wide world to learn as I went. One of my earliest pieces of informal learning came in weighing the freshly baked loaves of bread. We had to check that the batch matched the marketed weight. It became apparent that a lot of batches failed the test and when this occurred the whole lot had to go in the trash.

Upon seeing me in action a wise old colleague pulled me to one side and offered me a tip. I was doing it wrong. If the batch was underweight you took your bakers hat off and put it on top of the loaf. That brought up the average weight slightly and allowed you to print out a label to keep the batch. Of course this led to mis-selling and, potentially, a law suit. But it didn’t matter, because it made our jobs easier.

Back to today … what I believe is really important is that we maximize the effectiveness of informal learning and make sure the right habits get taught. And for that we need our good friend, formal learning.

An oft overlooked but potentially more relevant model to illustrate the informal learning concept is that of Ebbinghaus’ Learning Curve.

Herman Ebbinghaus was a pretty remarkable chap, especially for a man working in psychology in the 1800’s. His work on memory forms the basis for much of what we practice today, and his experiments are among a few to have been reliably replicated in scientific circumstances since his first publications. Perhaps Ebbinghaus’ most-cited work in learning circles is the Forgetting Curve. However, for me, perhaps his most interesting work came in the articulation of the Learning Curve; the rate at which a person learns information.

The learning curve as a concept has been built upon at regular intervals since Ebbinghaus. Unlike many models within the field of education, the learning curve has a root in mathematics and, as its name suggests, is measurable. As such it became popular in manufacturing as a means to demonstrate how one could produce efficiencies over time.

To over-simplify things, let me suggest that the shape of the learning curve is dependent on two variables; the Learning Coefficient and the number of repetitions. Your ability to perform an action grows as you double the number of repetitions of that action at the rate specified by your Learning Coefficient. Quite literally, practice makes perfect.

The theory suggests that if you do anything enough you will get better at it. Some of that will be the tips, tricks, and techniques you pick up yourself. Some of this will come through observation of others. Some will be the product of what others tell you. We’re all wired for this informal learning process and you have a natural knack for it which varies from task to task. What formal learning can do for you is to accelerate this process by manipulating the Learning Coefficient and giving you better practice.

For instance, let me suggest you have a Learning Coefficient of 5% for picking up Microsoft Word. You start using Word to write letters for the first time and you use it once a day for 30 days. Let me suggest that your first letter took you 100 units of “effort” to complete. By the end of that first month you would have expended 2,332 units of “effort” writing letters. If you never got any better at it, it would have taken 3,000 units of effort, so your natural 5% learning curve has been of good benefit.

Now let’s say that instead of going it alone you attended a number of training sessions to help you along the way. The intervention had the slight effect of giving you a better understanding of the core concepts of the application, making your subsequent learning more effective; it moved your Learning Coefficient to 10%. By the end of the month you would have expended 1,788 units of effort. That’s nearly 25% less effort with just a 5% improvement in the effectiveness of your learning.

So what’s my point?

Working out where to put your resources when faced with a model like 70/20/10 seems to be easy; go where the biggest number is, the 70%. I’m suggesting the opposite is true, certainly in the beginning. More learning does occur informally than it does formally, I don’t question that. How effective that learning is, is dependent on three things:

Those three points are what workplace formal learning should be about, giving you the ability to do your job more effectively. This gets to the heart of why I’m not a fan of the 70/20/10 model; it devalues this important part of the process.


The cost of Informal vs Formal Learning: http://www.knowledgejump.com/learning/cost.html