Allison Rossett, a Guild Master and professor emerita of educational technology at San Diego State University, consults on learning and technology for corporations and government agencies. She’s also a prolific author and she keynotes and speaks at conferences all over the world, most recently at DevLearn. 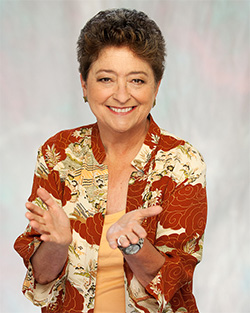 I recently spoke with Allison about the future of eLearning and the importance of both training and performance support. The interview has been edited for length and clarity; the first part of the interview appeared November 28, 2016.

Pamela S. Hogle (PH): There’s a lot of pressure to make eLearning engaging, of course, but also mobile-friendly, accessible, easy to update. Seems like a lot to ask of instructional designers (IDs). How do they reconcile all of that?

Allison Rossett (AR): First thing, of course: IDs need to be paid more because so many requirements are being piled on their narrow shoulders! (Kidding … sort of.)

It’s a lot to ask, I agree. But I don’t think these things are oppositional; I think they suit each other marvelously.

Go online to the App Store, and put in “wine.” There’s a million things to help you be better at it. And when I was working with a client recently, on the skills of salespeople, they had many, many small training modules, where they had to practice things and recognize errors. That’s very classic training to memory and to mind, heart, and belly. But then they had a ton of checklists, and things you could pull up and share with customers—much more performance-support oriented.

So I don’t see these things as oppositional. I think online, via iPads or phones—I think that’s just the right place to put things. You hire somebody to be a new consultant or new salesperson or even a new driver, or a new insurance adjuster, you give that new employee a device that’s already loaded with many of these tools. Then your job, if you’re bringing them in, is to orient them, teach them to access these assets, to know what assets reside on their system, and to use them; use them like crazy. That’s so much better than bringing them in for three weeks and trying to pour things into their head. Who’s going to remember all that?

PH: A lot of this assumes constant online access, which isn’t true everywhere in this country, much less globally. Are we leaving people behind?

AR: Of course we are. I think digital gap is a big issue. But if we’re talking about workplace productivity, we could sit here and talk about the problem of the developing world or the undeveloped world, and you’re right, it’s a big problem. But you know, they have access to phones. They’re “leapfrogging” technology, and they have access to phones. So there are possibilities.

I guess the main thing I would say for the people who read Learning Solutions is: Know what you’re dealing with. Do not assume that every time you take on a project and bring technology to bear on it that it’s an opportunity to do fabulous, groovy things. Instead, spend some energy and time knowing for whom you are developing and not create frustration for them, but use what they have. Make it match their circumstances. Don’t be surprised by bandwidth issues or by lack of devices. Keep it simple. Again, less is more. They will appreciate if you are keen on what their issues and problems are, rather than frustrating them by their not being able to enjoy the wonders of the animation you’ve produced.

You asked me a question about engagement, and I think that’s a really big challenge. I recently reviewed some online programs, and I thought, “You would have to put a gun to my head to get me to complete this program.” This is brutal stuff. So, I think it’s really important that we talk about engagement.

I want to say some of the things that I think we need to do. It’s a bit of a laundry list, but it’s so critical. As we move toward more technology, one of the great benefits—and one of the sharper threats—in this is that they [learners] get to decide. They can decide in, or they can decide out. So we’ve got to make it compelling, engaging.