Adam Schwartz founded Articulate in 2002 with a vision to transform the training industry. The company has repeatedly pushed the industry forward by developing tools that radically simplify eLearning development. Known for its high-quality, easy-to-use apps, Articulate has won more than 60 product awards and earned the trust of 60,000 organizations in 151 countries, including 93 of the Fortune 100 companies. More than 64 million learners have taken courses created with Articulate software.

I caught up with Adam following the launch of Articulate 360 to ask him about his vision and about eLearning today. 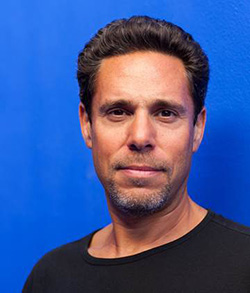 Bill Brandon: Adam, thank you for agreeing to share your thoughts about eLearning with the readers of Learning Solutions Magazine. Let me start by asking: What are the major trends in eLearning that you think are pushing the industry forward today?

Adam Schwartz: In the last five years, eLearning courses have evolved from fairly simple “click-next” PowerPoint-based training to richly interactive experiences. Tools like Storyline have made it possible for people without programming expertise—even complete newcomers to eLearning—to unleash their creativity in ways that simply weren’t possible before. It’s empowered course creators to incorporate more gaming elements, realistic scenarios, and even things like interactive video to engage today’s learners in more meaningful ways. What’s exciting is that we’ve removed the technological barrier to imagination and creativity. If you know how to use a computer and basic applications like PowerPoint, you can build some incredible stuff in eLearning-authoring apps like Storyline.

The shift toward mobile is also clearly another force directing the eLearning industry today. The fact is that we live in a multi-device world. At home and at work, people expect a kind of fluidity between devices. If they start watching a video or reading content on a computer, then switch to a tablet or phone to finish it, they expect the experience won’t be degraded. eLearning experiences are no exception, but as an industry we’re lagging behind when it comes to delivering exceptional mobile experiences. We need to make it easy for course creators of all skill levels to create eLearning that moves seamlessly from device to device.

We’re also seeing a trend toward more informal online learning, often with video at the center. One of the largest learning platforms in the world is YouTube, and that’s powered in no small part by short, informal instructional videos. To me, it’s significant that this hunger to educate others spans across every industry, role, geography, and demographic. There’s a lot more we can do to nourish that impulse and remove technological barriers to its expression.

BB: There’s a lot going on to be excited about, but won’t there continue to be challenges to eLearning developers even within these trends?

AS: Many of our customers are drawn to course development because they’re passionate about empowering others through education. They want to deliver the most effective learning experiences possible. But despite the leaps forward we’ve made with authoring tools, over the last few years in particular, they still face many challenges. Often hampered by limited budgets and tight project deadlines, they don’t always have the resources and time they need. In fact, 45 percent of course creators we surveyed said they wish they had access to templates, pre-built interactions, and course assets, and a full 65 percent said they don’t have enough time to create really high-quality eLearning.

Many eLearning developers don’t have all the tools they need to create the different types of eLearning required in today’s multifaceted learning landscape. More than a third—35 percent—said they can only pick one authoring tool. That problem is compounded when you layer on mobile. Increasingly, course creators are asked to create mobile courses, yet 73 percent say that it’s difficult to make sure courses look good on every device.

Course developers also report that the project review process is often painfully difficult and time-consuming. They spend 40 percent of their time planning, prototyping, and iterating courses with subject matter experts. This is time they could spend creating compelling content instead.

What’s clear is that creating and delivering different types of eLearning in today’s multi-device world shouldn’t be hard, but there are many aspects that still are difficult.

BB: The launch of Articulate 360 included a number of new tools and features. How will these help eLearning developers overcome the difficulties of creating and delivering eLearning to today’s diverse technology ecosystem on time and within budget?

AS: Articulate has always focused on developing products that do the heavy lifting so our customers don’t have to. With Articulate 360, we’ve extended that same mindset to the entire course creation process. It provides tools that simplify every aspect of course development.

If you break it down, there are several key challenges eLearning developers face when developing courses. They need authoring tools that let them build once and deliver to every device, without a lot of effort. They need compelling visual assets that won’t break their budgets. They need subject matter experts and other stakeholders to sign off on their projects. And they, themselves, need training to grow professionally.

We specifically address all of these challenges with Articulate 360. It’s a single-subscription offering released last week that’s squarely aimed at supporting developer productivity and empowering them to create any type of eLearning, faster than ever before. To answer your question, here’s a quick rundown of the apps, content, and services that are part of Articulate 360.

First, the authoring tools. Our new responsive authoring app, Rise, lets eLearning developers create inherently responsive courses that adapt automatically to every smartphone, tablet, and desktop device right from a web browser. We think Rise will become the go-to authoring tool for many eLearning developers, especially those who need to deliver a lot of mobile courses. Articulate 360 also includes the latest versions of Storyline and Studio. They both have new responsive preview and player features that, like Rise, make it easier to deliver multi-device courses without requiring developers to manually tweak content. The final authoring tools part of Articulate 360 are Preso, Peek, and Replay 360, three apps for creating videos on iPad, Mac, and Windows computers. We believe video will continue to be a big part of eLearning, and these tools give developers what they need to create different types of video easily.

In addition to the authoring apps, Articulate 360 also includes content and apps that boost developer productivity in additional ways. Content Library has an expanding collection of professionally designed slide templates and images that will help developers create high-quality eLearning content faster. And Articulate Review speeds up project reviews by letting developers share, gather, and respond to consolidated feedback on Articulate 360 content in a simple web app. Articulate Review provides screenshots of what reviewers were looking at when they entered comments, preventing misunderstandings.

We’ve always focused on supporting customers with more than just great apps; we put a lot of energy into our eLearning community. And with Articulate 360, we take it a step further by including live training webinars that will help eLearning developers grow their skills.

We’ve covered a lot of ground with Articulate 360, and we think it will really help eLearning developers meet their challenges.

BB: The field of eLearning has changed a lot since you started Articulate in 2002. What is the most exciting part of leading the company today?

AS: What’s most exciting to me about being in this industry is that there’s so much more we can do to democratize eLearning. While there’s been some technological leaps in course creation, we haven’t really seen the eLearning industry profoundly disrupted yet. Legacy systems still dominate in the enterprise. Developing eLearning in corporate settings is often in the hands of a few dedicated eLearning professionals. And course content is typically locked behind firewalls and paywalls. In the coming years, I expect we’ll see disruption of these dynamics.