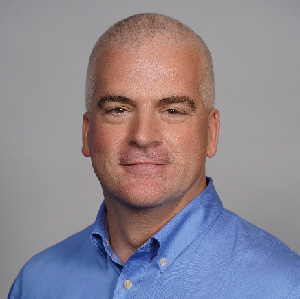 Last week I had the pleasure of interviewing Neil deGrasse Tyson. We talked about science literacy and the tremendous impact that it will have on the future of work and the American economy. We also talked about the critical role curiosity plays in learning. We recorded the interview and have made it available via an online podcast.

After we stopped recording for the podcast, we continued talking and exploring his thoughts on learning and education. Here’s a transcript of the conversation.

DK: One of the challenges I feel people in the field of workplace learning and performance face is the baggage we all carry with us from our time in school. We’re conditioned to expect learning to look a certain way, with a teacher delivering information to students who absorb it and get tested. Executives expect that, trainers default to that, and workers look for it because it matches their expectation of what “learning” should look like. I’m very curious—if you removed that baggage, what does learning—real and powerful learning—look like to you?

NdGT: I don't have a silver bullet there. But I can tell you that just because it worked when you were a kid doesn't mean that's the best way to do it today. There are many experiments that were conducted in the schools where the parents didn't understand what was happening between the teacher and the kid and the lesson plan and the syllabus, and they rejected it outright because the learning was different. I'm not certain in many of the cases I saw that the parent invested enough time and energy to judge whether that was not as good for the children or otherwise.

We are so quick to characterize education as, "How much do you know?" when a lot of frontier efforts in education are emphasizing "How much can you figure out?" You cannot test what you can figure out in an easy multiple-choice format where you say "I got 90% because I know more than you know." That's the traditional way this has always been carried on and the “A” students always get high scores because they retain the most, they have better memory, and they probably even have better study habits.

I think we're ready for some kind of shift in the educational system that will come closer to how people need to function in life and what makes a person successful in life. Other than winning in the TV game show Jeopardy, storing a large body of knowledge within you that you have random access to does not tend to be the person that becomes the head of institutions or the great managers or the great problem solvers. There's something else going on that is not nurtured in school. I don't have the silver bullet on how to put that into the school, but I know it's missing and I know it needs to be there.

The problem of transfer to the job

DK: Sometimes it seems the context around why we're learning something is lost. We retain the facts, but we're not able to apply it when we get to the workplace. That seems to be a gap.

NdGT: Yes, exactly. And by the way there are some things you learn where the act of learning itself becomes an educational experience, like if you write a research paper. There's not only just what you learn, but you had to organize information and make coherent sentences out of it. So there's a lot of things you do in school that accrue in other ways to your talent and enlightenment. But there's so much that does not, and that worries me. These are precious hours that we spend that we will never get back, unless you continue on to educate yourself after the time where the law says you don't have to.

How technology contributes to learning

DK: Speaking of learning, there are a number of different ways that you personally contribute to the learning of others. In addition to more traditional models like a classroom-style lecture, you often use technology to enhance and create learning opportunities. Obviously there are expensive hi-tech options like the Hayden Planetarium, but there’re also examples that are easily accessible to any organization, like your use of podcasts for StarTalk, videos on YouTube, contributing to the curriculum of online courses, and even something as simple and informal as your Twitter feed. What role do you see technology playing in the future of how people learn and/or are educated?

NdGT: That's a great question. Let's take the Twitter feed as an example. Who would have thought ten years ago that one could deliver science in 140-character strings? I realized—how long have I had a Twitter account ... going on five years now—I realized, not at the beginning (it took me about a year to figure this out) that I have a lot of thoughts during the day that are uniquely conceived through the lens of a scientist and educator. When I say uniquely, I mean, I have these thoughts, and surely educator and scientific colleagues of mine have these thoughts, and they're just little snippets—they're like thought fragments if you will—but realizing that a Twitter posting marries perfectly into that topic, into that thought format, and I said, "Let me just share this with the public," otherwise it just gets wasted on me. The public strongly resonated with it. These were little observations about the intersection of science and culture and life and society.

So here's a Twitter feed where people are accustomed to reading what their favorite celebrity had for dinner or where they went on vacation. But if in that medium you can hand them a tidbit, a cosmic tidbit, then you are greeting your students, audience, listeners, or followers ... you're meeting them on their own turf. That's got to be better than saying "OK, time for you to come to me, and get your lesson plan." So what social media as well as the rest of technology has done is to allow science and the STEM fields in general to reach you on your own landscape of life. I think that's a very promising sign for the future of science literacy in the country and in the world.

I love Dr. Tyson’s positioning of education as, “How much can you figure out?” I think that speaks to a shift in organizational learning, as we are increasingly focusing on problem solving and performance rather than just what people know.

I also was pleased to hear him place emphasis on the informal ways we all learn, and how technology is creating new opportunities for this natural form of learning to take place.

My conversation with Dr. Tyson leaves me even more excited for his keynote session that kicks off this year’s DevLearn Conference and Expo. It’s sure to be a fascinating discussion as he paints the connections between science literacy and the future of work, and it’s the perfect way to set the foundation for exploring the new learning universe at DevLearn.

Neil deGrasse Tyson will keynote The eLearning Guild’s DevLearn 2014 Conference & Expo, October 29 – 31, in Las Vegas, Nevada. Interest in STEM education—science, technology, engineering, and mathematics—is on the rise. In this fascinating opening keynote, Dr. Neil deGrasse Tyson, director of the Hayden Planetarium and host of the television show Cosmos: A Spacetime Odyssey, will explore how and why STEM is critical not just in the education of young people, but also in impacting the landscape of today’s workplace. Dr. Tyson will discuss how strong foundations in science, technology, engineering, and mathematics can be leveraged in organizational training, and how that foundation can be expanded upon to empower workers to solve business-related problems—even problems they have never before seen.

As technologies continue to emerge and advance, new worlds of possibilities are opening up for learning and development. But new technologies also bring new challenges—and new expectations—for driving learning and performance. To keep up, you need to understand what’s possible today, as well as what’s coming next. Discover tomorrow’s learning technologies, strategies, and practices today. Join the community of industry pioneers that is exploring the new learning universe and defining the future of training and development.

Be part of the conversation at the most cutting-edge training and learning event in North America—DevLearn!