Start your learning early with this 2- day online workshop to prepare you for our Video & Visuals for Learning Online Conference. Separate fee-based registration is required.

Beyond PowerPoint: Engage with Better Visual Design Tools and Techniques

They say people don't judge a book by its cover, but the fact is visual design is a primary factor in engagement—and engaging people is becoming more and more difficult.

This workshop is a learn-by-doing experience. You'll work through creating visuals using the Adobe Suite step-by-step with the facilitator providing instruction, feedback, and support. You'll learn to borrow from fields such as marketing and broadcast design to create the kinds of visuals that make learners' eyes widen. You'll learn to create stunning infographics that create curiosity as well as convey information efficiently.

In the final part of the workshop you'll learn to create animations that provide a dramatic television-like experience and keep eyeballs on the screen. 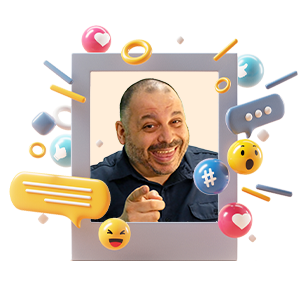 Over 2,000,000 people have learned digital design from Mark Lassoff. His courses are found on LinkedIn Learning, Safari, Udemy, Degreed, and other sites. He's also the host of Amazon Prime Video's BUILD, a show that demonstrates how digital products are created. Mark was named to the 40 under 40 in both Austin, Texas, and Hartford, CT. In 2005, 2008, and 2012, Mark won American Graphic Design Awards for web design. In 2017, he won the prestigious Learning Guild Guild Master Award.

Attend the Full Event and Save!

Extend your learning for 2 days and save $100 on this pre-conference workshops when you also register for the Learning Experience Design Online Conference—in addition to all other discounts for which you may qualify!