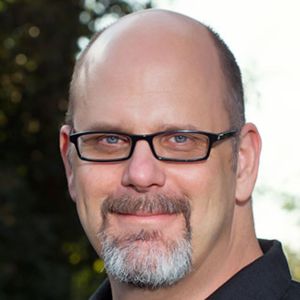 A comic-themed template and stock characters might make your eLearning project seem like a comic, but a true instructional comic must begin with visualizing the story. Think about it. When using the video medium to communicate a learning concept, you wouldn’t randomly shoot video without a plan and a script. Similarly, you can’t shove content into a comic-style format and call it a learning comic. My recommendation is to visualize the story first when designing instructional comics.

Think first about the story

Start by putting on your design hat and think about the story you want to tell. If you approach this phase with focused instructional intent, the rest of the project will fall into place. It is hard because some content, such as compliance and policy-driven subjects, are dry by nature. But our brains are wired for stories, and storytelling is the most powerful means of communication. Your audience wants to relate to the content. The emotional connection between the content and your audience is the hook.

A comic character can take on the role of a human, an animal, or an object. Think of your characters in terms of roles as opposed to appearance. Here is a basic list of characters you could choose from:

There are countless ways of approaching your story using character roles. One example could be that you are selling a product and place the hero or protagonist in the center of the story. The product could be the donor or helper character. The villain or antagonist could be the problem the product is attempting to solve. Another example would have the customer be the prize that needs saving, with the product as the hero.

However you decide to approach your story, character roles will help you frame the plot and overall story structure.

The plot motivates and drives the reader/viewer through the story. For an eLearning instructional comic, ponder how a learner might perform a task, learn a new procedure, or change a behavior. As you think about your content with different character roles, consider how they would in interact in your story.

With so many plot possibilities, you may want to write out a few to see how an idea might play out. In choosing the overcoming a monster plot for a safety training course for managers, for example, the villain could be safety hazards and the hazards could be character roles. When developing the script you might write, “In her new role as warehouse safety manager, Sara needs to get safety claims under control. However, hazards are jeopardizing a safe environment and she must address awareness to rid the warehouse of these pests.”

The structure pulls the character roles and the plot together. There are many story structures used by writers and movie makers. The typical story structure used in writing (exposition, plot, climax, falling action, resolution) doesn’t work well when designing instructional comics for eLearning because the climax is in the middle of the arc. Also, unlike a 300-page novel, eLearning must be short. It must capture the learner’s attention immediately, and hold it through meeting the learning objectives.

The most common structures that can be applied to instructional comics are:

The key with structure in an instructional comic is the climax, which provides the excitement or the drama. Regardless of which structure you choose, a good technique is writing how the objectives are met, and then write the instruction by backing into the structure. For example, a petal structure with a rebirth plot around diversity could contain two or more scenarios where an offender, the Hero, redeems him or herself through awareness.

Instructional designers who choose to present their work in a comic medium must consider the story first. Otherwise, the eLearning is just artwork skinned around content and made to look like a comic. A good story will elicit emotion in your audience and connect them to the objective. Remember to visualize the story first when designing instructional comics.