You don’t have to go to Hawaii to experience ukulele. For the past five years, Jane Bozarth and Shawn Rosler have brought ukuleles to Las Vegas to lead a DevLearn session.

This year, the pair’s popular “Ukulele Learning: Exploring the Relationships Between Music and Learning” DevLearn session featured 15 ukuleles, 73 kazoos, and a great deal of energy.

In the video below, captured by helper Tracy Parish on her phone, the 2019 mostly-novice uke and kazoo players demonstrate their new skills. Yet it was not all fun and games. The first half of the hour-long session explored the idea of using music as a design element to support memory, focus, and motivation, and convey a mood or tone to the learner.

In the second half, Bozarth and Rosler distributed ukuleles to share. Participants learned three basic chords, enabling them to play and sing seven songs. Kazoos were introduced into the mix near the end of the experience, enabling everyone to be able to play something.

After the session, the ukuleles were donated to the Children’s Hospital of Nevada.

A good time was had by all, as this tweet from the event suggests. 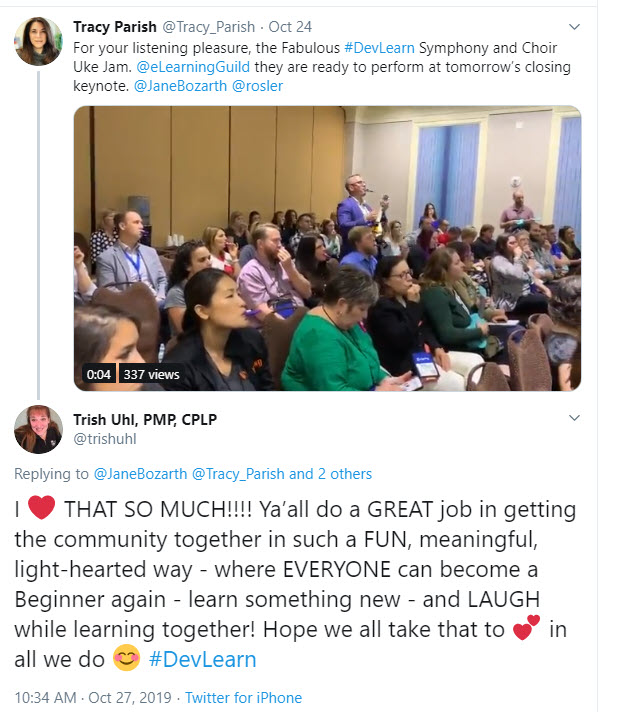