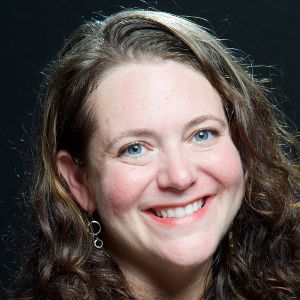 Do you think of yourself as a creator? The work that learning professionals do may not be “artistic” work like a painter’s, composer’s, or choreographer’s, but it is – without a doubt – creative. We create support, worlds, interactions, solutions. And being successful requires us to know and harness that which makes us creative. The tricky part is that most of us are not trained in this area, as a dancer, musician, or artist might be.

I became interested in choreographer Twyla Tharp’s The Creative Habit mainly because Merlin Mann (creator of the personal productivity website 43 Folders) recommends it. Based on what Mann said, I expected a resource that would address the tactical, everyday side of getting your brain to do what you need it to do. I wasn’t disappointed. Tharp is a master choreographer, but what makes this book valuable is her awareness of the mental component of her craft and how it has evolved over decades. It treats creativity not as a trait you either have or don’t have, but as something you work on day after day. A habit… or more precisely, a set of habits.

Here are a few concepts from the book that apply to what we do:

This idea is so simple that you can probably start applying it before you even read the book. Tharp writes about putting everything related to the project she’s working on in a single box (which may eventually become a dozen boxes). The contents of the box serve as inspiration and the box itself serves as an organizational tool.

I’ve started applying the idea to my learning design projects. Since the materials I use are virtual, so are my tools. Creating a virtual box can be as simple as using PowerPoint to function as a free-form scrapbook for images and screenshots that represent ideas you want to use.

This is how Tharp refers to looking for ideas, whether in reading, conversation, enjoying the handiwork of other disciplines, or going into nature. She dismisses the tendency to try to call a big, inspirational idea down from a mountain, instead preferring to “scratch” for small ideas that can be developed and added to.

One of the reasons this process resonated with me is that though we may feel tempted to search for those big ideas, our reasons for creating usually come from an external source: There’s a performance gap that a client wants filled, a business opportunity that a stakeholder wants to take advantage of, or a compliance issue that an organization has to address. Our work has an external spine (another idea developed in the book), but how we support that spine is where our most important – and most visible – ideas come into play.]

Tharp spends quite a lot of time in the book on the concept of skill and its importance in the creative process. This may seem like a no-brainer (especially in an industry built around developing skill in others), but in our industry we can also develop a real obsession with the importance of tools in some areas and theory in others. Both of those things are important, but they’re second to having a well-balanced and continually improving skill set. As Tharp writes, “You’re only kidding yourself if you put creativity before craft.”

She also quotes The Book of Five Rings in admonishing the reader “Never [to] have a favorite weapon.” It’s tempting to interpret that in the context of tools, but think about the larger picture, as well: how useful are your solutions if you only come to the table with one way to design, or expertise in one learning modality?

Almost any work on creativity will quote platitudes about how instructive failure is supposed to be, but let’s face it… once you have failed, they’re usually of little comfort. Tharp delves deep into exploring failure: why failure is useful, the types of failure, how to fail well, how to learn from it. Here’s my favorite quote:

"The worst is failure of nerve. You have everything going for you except the guts to support your idea and explore the concept fully. The corrosive thought that you will look foolish holds you back from telling the truth. I wish I had a cure for this. All I have is the certainty of experience that looking foolish is good for you."

The too-true description of failure of nerve should give you pause even if you don’t trust Tharp’s certainty of experience; I know I’ve seen plenty of ideas – my own and others’ – that didn’t work because they weren’t fully realized. This can happen because of a failure of skill, but lack of conviction can have the same effect.

Tharp also tells us that some of the most instructive failure is that which happens in private. I’ll readily admit that I’m much more willing to fail – and therefore more willing to try something new – when I know that no one else needs to see those failures. But how does that play into the environment in which you work? Are you allowed time to fail in that tight project schedule you just agreed to? Have you considered the possibility of failure in your career path?

These are only a few of the lessons I took away, and I haven’t even mentioned that each chapter ends with a few exercises – mental and physical – that you can do once or regularly to hone your own creative habits. The exercises make the book is as useful as it is engaging, and even if your creative DNA calls for different habits entirely, this book can help you figure out what you need those habits to be.