In Real Life: Building Trust from Behind the Scenes

I love musicals! Well, not every musical (I’m lookin’ at you, An American in Paris). Regardless, I’m a big fan of the theater. If I weren’t scared to death of public speaking as a kid, I’m pretty sure I would have been a theater nerd growing up. Instead, I was just a standard geek.

I go to six or seven shows every year as part of the Broadway in Orlando series. I’ve seen everything from The Book of Mormon (hilarious) to The Phantom of the Opera (meh). My favorite is A Gentleman’s Guide to Love and Murder. If you’ve never seen it, you may have come across its well-known door sequence. But the show that really sucked me into the world of musical theater in a big way was Wicked. I’ve seen it four times in four different cities, so far.

Figure 1: My favorite musical, A Gentleman’s Guide to Love and Murder

The best part of a night at the theater is when I get the chance to go backstage and see how the show really works. What surprises me every time is just how simple (and downright cheap) most of the mechanics really are, considering they pull off what looks like a miracle onstage. Every successful show has been engineered and re-engineered to ensure the simplest solution is applied to bring about the desired end result night after night. Meanwhile, the performers trust—often with their physical well-being—that the people behind the scenes are making the right decisions at the right time so they can focus on bringing their roles to life. Now where else could we apply these same principles? Hmmm... 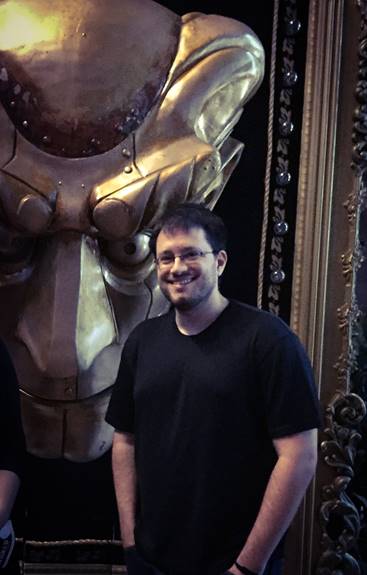 Figure 2: Backstage with the Wizard’s mechanical head from Wicked

My theater metaphor only works if the people we support actually see us as playing this critical behind-the-scenes role. After all, Elphaba can only defy gravity if she trusts her crew and the mechanisms they’ve put in place to raise her 20 feet in the air mid-song. In real life, would employees put this kind of faith in your learning and support offerings? Do they believe you can get them to the height they need to maximize their performance on a consistent basis?

Before we head down the path of the innovative and unfamiliar (VR, AR, AI, etc.), we must establish and build trust between L&D and our audience. Rather than getting more and more gimmicky in search of engagement, we should foster an assumption—that dedicating time and effort to available resources will provide value and help them do what they care about doing. We’re never going to be 100 percent. Not every Casey Neistat video (plug) is equally awesome. But I still watch everything he publishes because he hits a lot more often than he misses. I trust him as a value-add content provider.

So how do we build trust in an audience that may have been disappointed by past L&D offerings? Tactics and focus will vary by organization and audience, but the starting point is the same. We have to get back to basics and build a foundation on which future complexity can be based. This realization was the origin of the modern learning ecosystem framework I introduced in my last column. I recognized that my well-thought-out learning strategies would continue to fall flat as long as people couldn’t look up simple information they needed to do the job every day. So I adjusted the way we made decisions when responding to business needs. Over time, my reputation within the company shifted from “the guy who builds the training” to “the guy who helps us do our jobs.” The former was a task-based identity. The latter was a meaningful purpose.

Here are a few iterative suggestions for fostering an assumption of value (aka trust) with your audience:

It’s cliché to say that building trust doesn’t happen overnight, but it’s inescapably true. It took months to shift my L&D identity in my past role. I watched dozens of Casey videos before I decided he was worth my time every day. And Elphaba surely worked through weeks of rehearsal before she learned to fly with ease. But once you’re there—once you’ve established an assumption of value—you can build on this trust and take your efforts to the next level.