How to Think Like a Futurist: DevLearn 2017 Closing Keynote

DevLearn 2017 wrapped up with a thought-provoking closing keynote, “How to Think Like a Futurist,” by Jane McGonigal, PhD, director of games research and development at the Institute for the Future. She helped us level up our powers of creativity and imagination for thinking about the future.

McGonigal compared two ways to imagine the future: using impersonal facts or thinking in the first person. One example of possible future facts: “In the future, there will be a climate change. By 2050, sea levels may rise by as much as 9 feet and 750 million people may be displaced.” Such dry facts do not connect you to your possible future or help you think like a futurist.

First-person thinking connects you to your future self because the brain fires up faster, with more flexibility, making more connections (Figure 1). To create connections, imagine more details in your personal future. Here is the first-person example she gave for a possible future: “I’ll be 72 years old in 2050. The two airports I use now will both be underwater. Flying will be less reliable due to extreme weather, so I’ll live near my grandkids.” 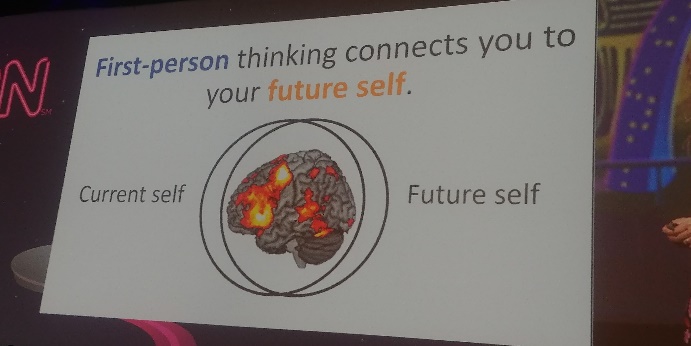 Figure 1: Connect to your future self with first-person thinking (Chuck Holcombe, The eLearning Guild)

Don’t be a stranger to your future self

Questions to ask about possible futures

Think ahead 10 years and imagine how you will be transformed. How different will family life be? Will you be married? Will you have children? What will you do to make life better for your future self and family?

Also consider what kind of change a possible future represents. From what to what? What will the world be like in 10 years if a certain imagined future becomes common? Is this a future you want? To guide our thinking, McGonigal quoted a criterion from futurist and professor Jim Dator of the University of Hawaii: “Any useful statement about the future should at first seem ridiculous.”

While imagination and creativity are crucial to future thinking, we don’t need to base future thinking purely on conjecture if we learn to recognize signals of possible futures. In 2015, Google filed patents to embed sensors into bathrooms in toilet seats, bath mats, mirrors, and sinks that could gather information about a body’s electrical patterns and functional state (Figure 2). This is a signal of possible futures. McGonigal suggested we imagine attending DevLearn 2021, then imagine an artifact from that future in the form of a sign (Figure 3) in the convention area bathrooms. Would you use one of these toilets? 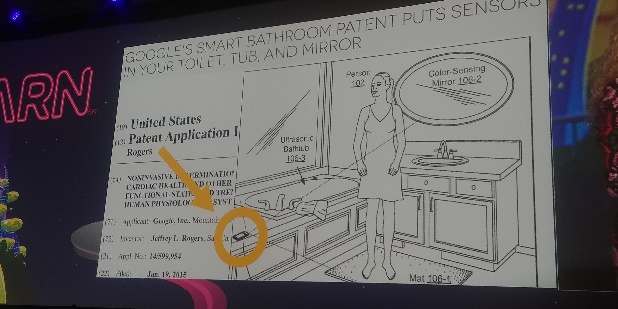 Figure 2: The Google patent is a signal of possible futures (Chuck Holcombe, The eLearning Guild) 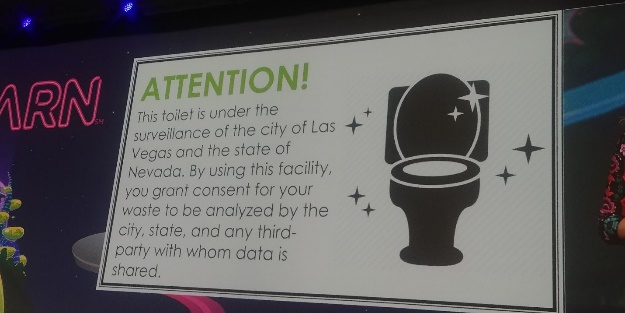 Figure 3: This sign is an imagined artifact from the future (Chuck Holcombe, The eLearning Guild)

Practice future-thinking by watching for signals, imagining how a signal would affect your life. Fill that you-shaped hole in the future with your reactions and solutions to possible futures.

For a visual interpretation of McGonigal’s keynote, “How to Think Like a Futurist,” check out the sketchnote created by Kelly Kingman of Kingman Ink (Figure 4). 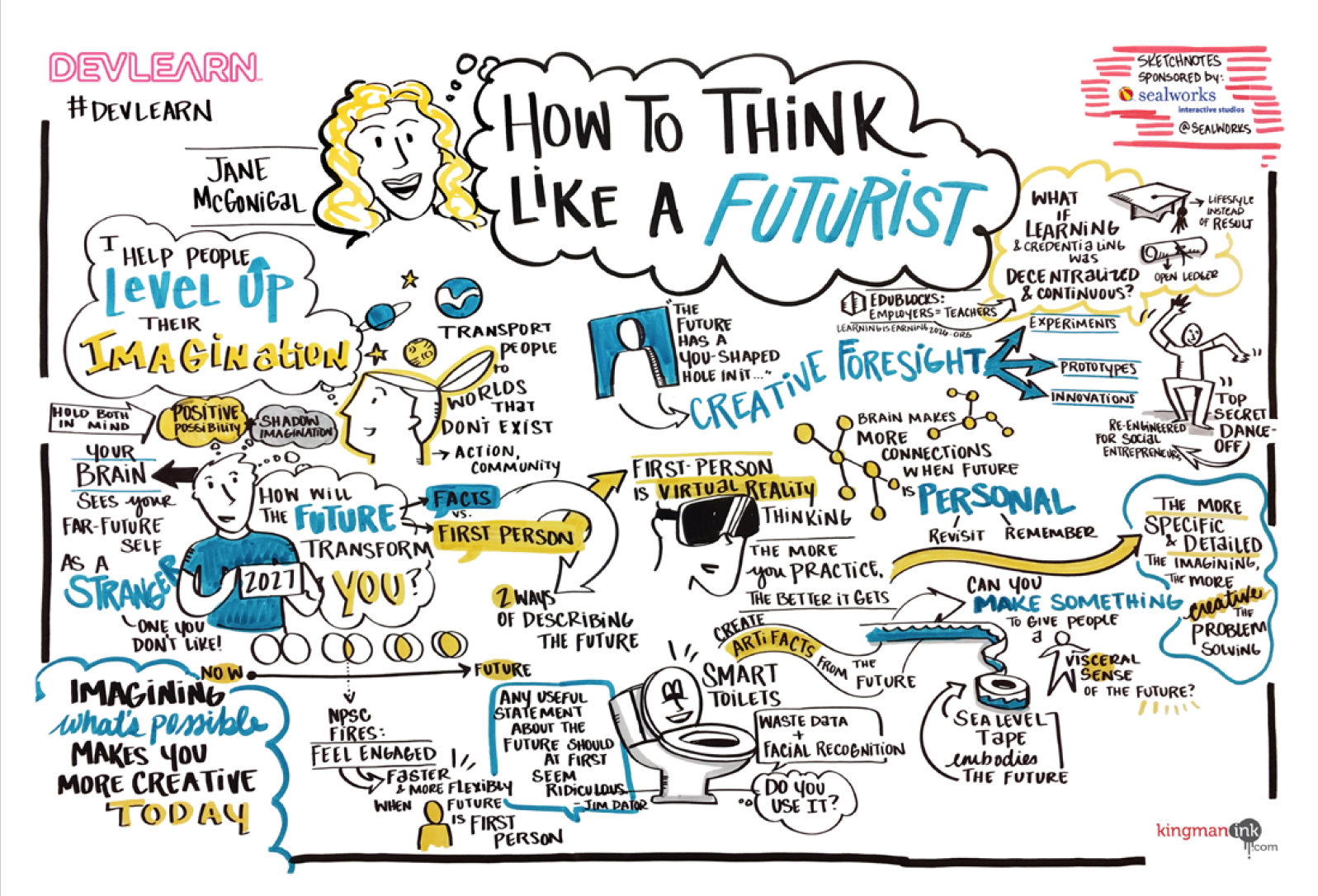