Stop what you’re doing for a moment. Take a look around you.

What do you see? People? Places? Objects? What can you hear? Voices? Music? All those sounds that make up our everyday auditory backdrop?

This is our real environment. And these are the things that give us our cues.

So if this is real life, why wouldn’t we place our learning here? By embracing immersive technology, we can do exactly that.

But there are misconceptions about immersive tech and learning. How many of these have you heard (or even said yourselves):

Myths, all of them. Affordable, accessible mobile virtual reality (VR) for learning is already here. Moreover, in studies, it’s proven to be more engaging, more effective, and literally more memorable than the other learning experiences it was pitched against.

Over a 12-month period, we developed and created what is, we believe, the world’s first interactive mobile VR technology. It was first piloted in a study with charity fundraisers soliciting funds on the street (in the US, think Salvation Army bell ringers, Girl Scout cookie sales, etc.) who were able to experience compliance training as if they were in the city center environment where they’d actually be working.

But in developing the technology, we faced a number of challenges. The first challenge was: How do we turn a VR experience from a passive one into one where the learner reacts to events in the narrative. Because in order to learn, people need to engage with their environment, not sit and stare at it.

The building process goes something like this. The mobile VR footage is filmed in 360° and the interactive framework allows for the addition of branching and hotspots from which other content is triggered through eye-gaze technology (Figure 1). No longer is this a passive experience, the learner can explore an environment, receive feedback and tips, and accumulate scores. This additional content pops up in the format of images, text, voiceovers, or further videos.

To be able to film an environment and then build in interaction is massive. It means we can now introduce decision making. Add the fact that the learner is immersed in the VR world, and you have a potent combination. The user has autonomy in this world—and it’s all built in. 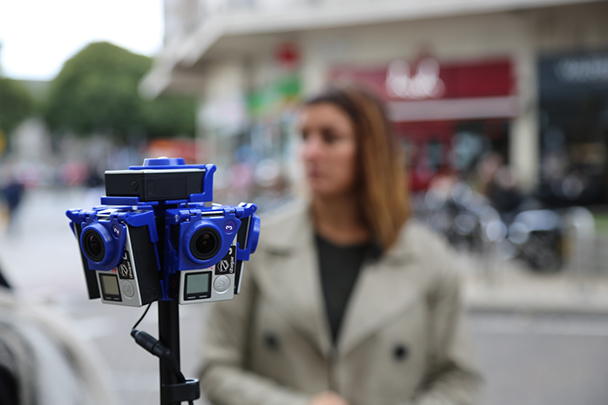 So we now have a genuinely immersive VR experience, something that bypasses the visual and intellectual prefrontal cortex and goes straight to the processing part of the brain and places you in an experience in which you feel like you’re creating new memories.

Great, so far so good. We now have VR that works for learning. But how can we make it so that it has maximum reach and is affordable?

Because the interactive layer is developed in HTML, it means it’s browser-based and accessible on any phone—and these days, most people have smartphones that have accelerometers in them. Unlike a lot of VR, you don’t need an app. Learners can just click onto the link from their mobile device and be immersed into the experience via an affordable headset such as Google Cardboard. There’s no longer any need for everyone to go to a single location to use a very expensive virtual reality setup.

So now it ticks all three boxes: it works for learning, has maximum reach, and it’s affordable.

We recently did a pilot study to compare VR with other types of learning experience and VR had significantly more engagement.

One hundred percent of learners said they could apply the learning and 90 percent said they would feel valued if their employer offered VR. Ninety-one percent would recommend the experience to a friend and 82 percent would enjoy repeating the experience. Interestingly, 100 percent of participants said they would feel like they worked for an innovative organization if they received VR training: clear evidence that VR is a key player in attracting and retaining talent. 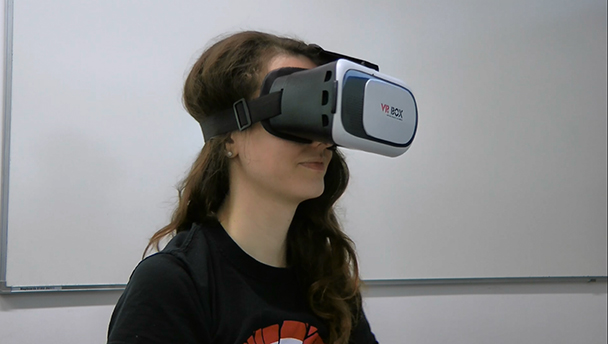 Figure 2: In research with job-seeking undergraduates and graduates, participants reported a significantly greater learning satisfaction with VR than with a game

Most importantly, when it came to recall, VR also scored best. In a quiz following the VR experience, learners scored an average of 94.5 percent. When they learned the same information from a text document, average scores were 87 percent.

We shouldn’t be surprised by these results. VR is a multi-sensory experience that allows learners to develop their own personal interpretation of a concept and make connections to other ideas and concepts. That’s why there’s no need for complex and wordy descriptions.

VR in the workplace

The most obvious work environments where VR can bring a whole new way of learning are high-risk, hands-on, skills development like health and safety, pre-boarding, and onboarding. Sometimes, with so many other things happening, it’s a couple of weeks before new hires get their induction, by which time they’ve had to do the job with insufficient induction training. Immersive learning, which can be accessed easily at the very start with no disruption, increases the potential of better onboarding.

VR is also used to test applicants to see who has the best skills for the job.

For mobile VR, the video can be shot at a hard-to-reach location, such as an oil rig or where it would be expensive to ship in all your learners.

And don’t forget your customers sometimes need learning, too. The Lowe’s Holoroom How-To Virtual Reality DIY Clinic is a perfect of example of where VR versus written instructions is a no contest!

Mobile VR in the future

But is “Where does VR work?” the right question to be asking? I don’t think it is.

Instead of telling organizations where VR will work, we really ought to be thinking: What kinds of skills are we wanting to teach? If those skills are in the physical world that involves observation, visual judgment, or spatial awareness, or where you need to operate machinery, then that’s the kind of place where VR could be an appropriate match.

We’re also exploring soft skills, where using a 360° setting adds environmental cues. For example, at a customer service desk in a big supermarket or at a busy hotel reception desk.

It’s important to stress that the starting point before any VR content is created must always be a crystal clear performance objective. And for those using VR for the first time, you may still want to host it initially in a classroom-style environment.

At the same time, it would be a mistake for organizations to underestimate their employees. Today, 40 percent of the workforce at most average companies are millennials—and they were brought up with VR and headsets. In the next 10 years, 75 percent of the workplace will be millennials. And it’s not as though previous generations are complete tech novices either.

Any organization that is interested in progressing should be considering interactive VR in its learning strategy because it can be more effective than other methods for the right kind of teaching. To me, mobile VR just makes sense.