Note that base salary does not include other types of compensation variables such as bonus, merit increase, continuing education reimbursement, or vacation.

The report, complimentary with a free eLearning Guild membership, provides an extensive analysis of industry issues and other compensation variables that determine salary.

Figure 1: US average base salary trends: January 2011 through January 2017 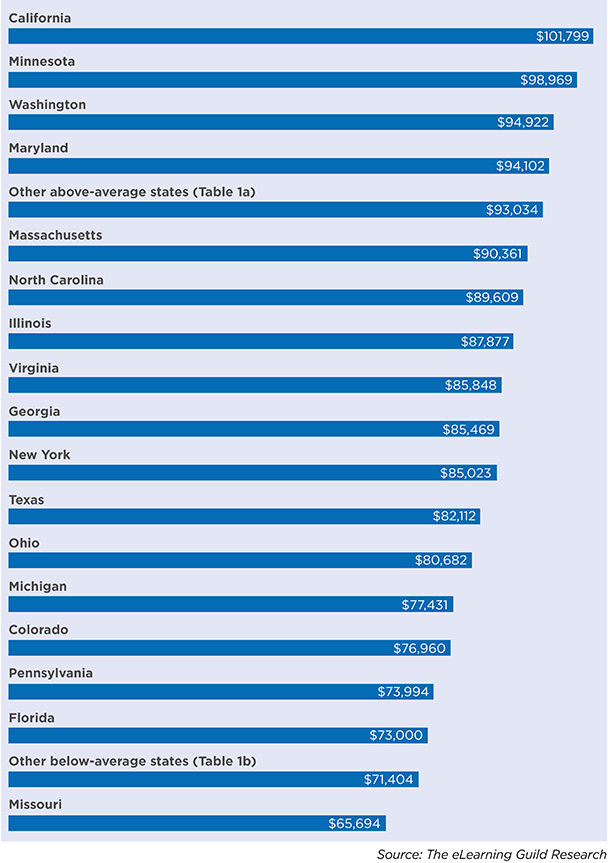 Figure 2: US average salary by state compared to the national average of $83,139 (see report for tables showing “other above-/below-average states”)

The 2017 eLearning Salary & Compensation Report details findings from the Guild’s salary survey. Since about 80 percent of this year’s respondents were from the US, the report primarily focuses on US data; it also includes a section with commentary on results from non-US respondents. Compensation findings are broken down by variables including US state and metropolitan area, gender, industry, size of company, number of people managed, years of eLearning experience, time in position, education level, and job focus area. Also included are the Guild’s US salary calculator (updated for 2017) and other resources to help you begin salary research and develop an action plan for successful future negotiations.

Included in the 2017 eLearning Salary & Compensation Report are practical suggestions for utilizing the data contained in the report, such as an action plan if your salary doesn’t measure up.

Use the US Salary Calculator to compute and compare baseline eLearning salaries. The calculator has been updated with data from the 2017 eLearning Salary & Compensation Report. You can find the calculator on The eLearning Guild’s Job Board.

About The eLearning Guild

The eLearning Guild is the oldest and most trusted source of information, networking, and community for eLearning professionals. As a member-driven organization, the Guild produces conferences, online events, eBooks, white papers, research reports, and Learning Solutions Magazine—all devoted to the idea that the people who know the most about making eLearning successful are the people who produce eLearning every day in corporate, government, and academic settings. Our goal is to create a place where eLearning professionals can share their knowledge, expertise, and ideas to build a better industry—and better learning experiences—for everyone.

Tap into the Guild’s vast well of expertise by becoming a free member. For more information about membership, paid content packages, and benefits, and to join The eLearning Guild, see the Membership Overview on our website.Save