The Gender Riddle in Learning and Development 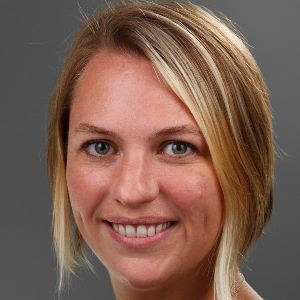 I like to think of myself as an example of a successful woman, both in business and in my personal life. I like to think that I’m teaching my kids that women are just as smart and strong and capable as men.  So imagine my disappointment when none of my six children nor my extremely supportive husband could solve this riddle: “A father and son are in a horrible car crash that kills the dad. The son is rushed to the hospital; just as he’s about to go under the knife, the surgeon says, ‘I can’t operate—that boy is my son!’ Explain.”

I posed this riddle at dinner one night and not one of my lovely family thought that the surgeon could be the boy’s mother. The response they settled on is that the boy had two fathers, which gets partial credit, but still reinforces how deep our cultural gender biases run: that it’s more likely that the boy was the son of a gay couple, which reinforces that surgeons are men, than the likelihood that his mother could be a surgeon. Sadly, it’s not just my family; most people overlook what should be an obvious answer (see Reference 1).

When I started my own company in 2008, I didn’t know how big an impact my gender would have on my professional interactions. It quickly became apparent that my anatomy was used as a barometer of my ability.

In one of my first presentations at a learning conference, I was rated highly by one attendee for my knowledge, passion, and presentation skills, but was rated poorly by the same attendee for “not looking like a CEO.” In a conversation with one of my male sales execs at another event, a male founder of another company, after ignoring me for most of the conversation, asked my employee, “And what does she do for you?” (He replied with a smile, “She’s my boss.”) More professional conversations than I can count led to men inviting me for a drink or out for a date, or in some cases, more inappropriate requests.

As a woman who founded a company that intersected with the tech and gaming industries, I learned how to respond to unwanted advances and indecent proposals. I learned how to avoid situations where my intentions might be even slightly misconstrued. I learned how to navigate the minefield of being a female in male-dominated environments.

The learning industry should be different, but is it?

While the tech and gaming industries are notorious for their gender bias and harassment issues, the learning industry has much more female representation and leadership. In many organizations, female executives are common in HR and training. As a function that focuses on development and growth of individuals, learning professionals are often viewed as the “teachers” of the organization.

With more equal representation in our industry, you’d think that gender bias and discrimination wouldn’t be as big of an issue. Unfortunately, even in organizations and industries that are women-dominated or gender-equal, women still make less money than their male counterparts (see Reference 2).

Why is this? One reason is that culturally, women are viewed differently than men, even when our behaviors are the same. There are numerous studies that look at how differently women and men in leadership roles are perceived (see References 3, 4, and 5). This can manifest itself in men and women being evaluated differently in performance reviews (Reference 6). This can look like women being judged more critically both during and after negotiating a salary (Reference 7).

It is death by a thousand cuts when the perception of women’s capabilities color every meeting, every email, every presentation, every project. These pervasive cultural opinions inspire new words, like “mansplaining” and “booth babes.” Recently, the worst of these attitudes have been seen in full-on attacks on women; if you have the stomach for it, search “gamergate” on Google or the hashtag #gamergate on Twitter.

An action plan we can all live with

Gender bias and harassment is alive and well, both implicit and explicit, and affects women’s ability to succeed in leadership roles. So what can we, as training professionals, do?

I’ve been in many conversations with learning industry peers where we’ve talked about learning and development (L&D) leadership having a “seat at the table.” Some opinions reign that training is viewed as a cost center, as too “touchy-feely,” too focused on nurturing the organization and not focused enough on solving the problems in the business. L&D professionals often resist calculating ROI, thinking that the impact of training can’t be determined in complex environments where many factors are at play. We fail to make the connection between our training initiatives and business outcomes. We don’t take credit for or market our successes.

Why not? There’s nothing that says that we can’t be focused on nurturing and developing individuals AND measuring and promoting business impact. In fact, as organizations evolve and collaborative work environments are the ones succeeding, the gap between the perception of male and female leaders is narrowing, with one study reporting women leaders are starting to be perceived as more effective than men (Reference 8).

So too should the perception gap between L&D focus and business outcomes be closing. Learning and development can have just as much impact on a company’s success as marketing or research and development (R&D) or project management. We need to start recognizing the unique opportunity and advantage L&D provides to an organization and back up our successes with data. Let’s embrace who we are and use it to our advantage.

What about the gender bias that women in our organizations face every day?

We need to think beyond compliance training in our efforts to create egalitarian organizations.  It’s our role to be vigilant. We are the teachers; let’s lead by example. We are the developers of employees; let’s set expectations and hold our organization to them. We can work with HR to ensure that employee evaluations and feedback aren’t gender biased. We can create safe spaces to talk and grow and learn as individuals so that the collective organization is better for it.

Gender bias and harassment will likely happen; it is our job to educate and improve our organization to create a culture where we can call these things out and say, “This is not okay.”

It is not an easy answer. It requires all of us to band together, to check our assumptions and to question our intrinsic beliefs. Let’s work towards a world where gender bias isn’t the punch line of a riddle.

(Editor’s Note: This is the second article in our discussion of women in eLearning.)