How to Assemble a $500 Audio Studio on a Shoestring 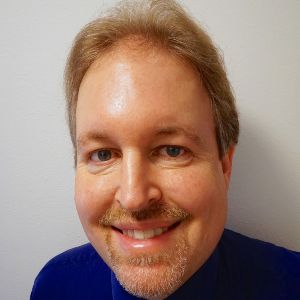 Have you ever taught an entire class in mime?

You wouldn’t train a live classroom session without speaking. Your web-based training shouldn’t be any different.

Audio adds necessary context to video. Have you ever watched a movie with the volume turned down? The missing dimension of audio limits meaning and understanding. So why don’t we use audio more often in our instructional design, even though we know it is a key support for learning?

Much of it comes down to costs. Few employers are willing to invest in a dedicated studio for recording voiceovers. High-end studio equipment can cost thousands of dollars. As a result, some designers settle for using text boxes in place of audio. Others may spend a few bucks on their own, buying a USB headset or tabletop USB microphone—each of which has limitations. Audio can sound tinny, highly compressed, or it can be riddled with popping sounds or ambient noise. Ultimately, this may lead to audio that distracts more than it supports your message.

If I could help you convince your manager to make a small investment in basic equipment which would greatly improve your voiceover audio, you would be interested, wouldn’t you?

What if I told you that, when added to your work computer, the investment could be as little as $500 (USD)? At this price you might be willing to create your own studio on a shoestring in your own home office or other quiet area at home. Here is what you need. (Editor’s note: The suggestions and equipment listed in this article are also essential for high-quality audio podcasts.)

Limiting the amount of ambient noise is essential for professional-sounding recording. Ideally, you may have your own office where a closed door and a do-not-disturb sign may prevent most unwanted sounds. Perhaps your office building has an unused room (even a large closet) where you can limit ambient noise. Your manager may also allow you to record your voiceovers from home, provided you can find a room or other part of your home which is quiet. If, like many of us, you work in a cube farm, ambient noise is a part of daily life, in which case you may still be able to record at your desk … if you are willing to come to the office after-hours.

Audio software is needed not only to replace the “tape” in tape recorders but also to edit your audio and export it to usable MP3 or WAV files. While many of today’s instructional-design authoring tools have built-in recording capabilities, these capabilities tend to be very limited and do not allow you to apply compression, noise reduction, normalization, and other post-production effects to make your audio sound professional.

How much will this cost? How does free sound to you? Audacity is a low-footprint software package available for Windows and OS X devices that has a majority of the features found in software costing hundreds of dollars. Using this allows you to record, edit, process, and export audio to just about any file format. While MP3 is not natively supported by Audacity, a quick download of another freeware item (LAME encoder) enables this functionality.

Microphone stands come in varying sizes and types. Tabletop stands are perhaps the simplest and most affordable, but allow little versatility in placement and often require the voice talent to hunch over a desk, limiting their vocal range and performance. Also, tabletop stands often place the microphone too close to desk electronics that can generate unwanted noise. A straight floor-mount stand offers affordability while allowing adjustable height to accommodate the needs of the voice talent, though this usually requires the voice talent to stand. While many consider a standing position ideal for optimal voice performance, those who seek additional versatility may wish to consider a boom stand that you can position to accommodate voice talent who wish to sit or stand.

Look for a stand with either a heavy base or a tripod base to prevent tipping and possible damage to your microphone. Also, look for a stand that can accept double the weight of your microphone, as this will accommodate extras such as cabling, shock mount, and pop shields. Prices will vary, with even the sturdiest boom stands usually less than $100 (USD).

While there are different types of microphones such as condenser, dynamic, and ribbon, condenser microphones typically provide the highest quality for the lowest cost. Choose one with a cardioid pattern, which allows the microphone to focus on audio recorded from the front of the element while minimizing or rejecting audio from the sides and back. Some microphones allow multiple patterns, including omnidirectional and figure eight, but these added patterns will add to the cost of your microphone. Omnidirectional patterns will capture ambient audio from all directions while reducing bass response, not only increasing potential noise but minimizing your frequency range and potentially reducing the overall audio quality of your voice. So-called figure-eight patterns act as a sort of dual cardioid, capturing audio from both the front and the back of the microphone. While this actually boosts bass response and rejects most ambient audio from the sides, you would need soundproofing behind the microphone to limit echo from reflected sound waves captured from the rear of the microphone.

Look for microphones that have one-inch or larger diaphragms that capture a wider range of voice frequencies resulting in the most natural-sounding audio. Headset microphones, while convenient lack this large diaphragm, which leads to voice that sounds tinny or sounds as if it is being heard over a telephone. While not necessary, look to see if the microphone has a pad switch that reduces overloading caused by speaking at high volumes, as well as a low-cut switch that minimizes noise caused by stand and floor vibrations from nearby vehicular and walking traffic. Good studio-quality microphones which accurately capture your full vocal spectrum can be found in the $200 to $300 (USD) range.

A shock mount absorbs floor vibrations that a low-cut switch may not be able to filter. It can be as simple as an air-filled latex ring or complex enough to make your microphone appear it is being attacked by a large spider. Shock mounts for some high-end microphone models can get pricey, but most can be found for around $50 (USD).

Pop filters redirect air flow from your spoken voice that might cause popping sounds (also called “plosives”) in your audio. Pop filters are absolutely essential for condenser microphones which tend to amplify wind noises. A fabric pop filter might set you back $30 (USD). A metal pop filter, which is more durable and redirects plosives while minimizing the impact on the treble frequencies in your voice, will cost double. For do it yourselfers, articles and videos can be found on the internet demonstrating how to build your own pop filter for as little as $10 (USD) using  an embroidery hoop, a nylon stocking, and some hardware store items.

The audio interface acts as a preamplifier for your microphone while feeding the audio you record into your computer. Even the most affordable USB audio interfaces use electronics with noise suppression superior to those found within typical USB microphones. Look for an interface with a headphone jack allowing for real-time monitoring through the interface itself, as monitoring through the headphone jack of a personal computer introduces latency. “Latency” refers to the lag time between your spoken voice and your monitored voice due to the small delays the sound card in your computer causes while processing the audio. In most situations, this latency will be just long enough to cause stumbling as well as unnatural slowing of your speech rate. You can find high-quality entry-level USB audio interfaces, such as those made by Focusrite and PreSonus, between $100 (USD) and $150 (USD).

Professional microphones tend to use a three-element connection called XLR. An XLR connector creates a balanced connection which is much less susceptible to noise than a standard mini-or phone-plug. Connecting the microphone to an appropriate preamplifier (such as a USB audio interface) requires a special cable. Look for a cable with a female XLR connector that allows it to plug into the microphone. The other end of the cable will most often require a male XLR connector, though some interfaces and processing equipment use what is called a TRS connector, which is a balanced variant of the phone plug seen on some headphones. Do NOT mistakenly select a cable with a TS connector, which creates an unbalanced connection and leaves the cable susceptible to interference and noise. Make sure the cable is long enough to connect the microphone to the USB audio interface without stretching, getting in the way, or creating a tripping hazard. It might be a good idea to consider additional length for the microphone cable to allow versatility in microphone placement and movement within your studio, though any cable lengths longer than 15 feet run the risk of acting as an antenna, which may inadvertently introduce interference from any broadcast transmitters within two miles.

While many manufacturers will try to pressure you to buy premium cables with high price tags and promises of great shielding and gold connectors, you can easily find high quality microphone 15-foot microphone cords for less than $25 (USD).

To minimize costs (and simplify the buying process) even more, a few manufacturers offer vocal packs, kits that bundle your microphone with cables, filters, and/or shock mounts. RØDE and sE Electronics currently offer high-quality condenser microphone bundles with cable, pop filter, and shock mount; you can find these among the major retailers for less than $250 (USD).

Your studio on a shoestring is complete!

Through careful planning and shopping, you can assemble a basic studio on a shoestring using your work computer and as little as $500 (USD). This equipment provides the professional edge you need for outstanding voiceover recording while simultaneously allowing you to expand should needs arise and your budget allow.