Video Clinic: How to Write an Awesome Training Video Script 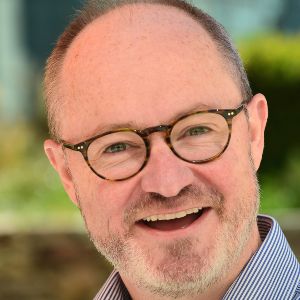 An important part of planning training videos is script writing. But how do you write a script for a training video? Are the rules any different to writing an email or report?

If you script videos following the writing rules you were taught in grade school or at college, your training videos won’t be as effective.

Video scripts are written for the ear—not the eyes. As such, how words, consonants, and phrases sound is as important as what words and sentences mean.

Scripts are worth the time investment

It’s fair to say that not everyone likes scripts. Some trainers tell me they avoid scripts because they make the person on camera or reading the voice over sound wooden. So, they opt for adlibbing.

This may sound harsh, but in my experience, people sound wooden for one of two reasons. First, they’re given a poorly written script. Or second, they’re wooden with or without a script.

If it’s a poor script, that’s an easy fix. If not, look for someone else to be on camera or do your voice overs.

Well-written scripts make people look and sound better on camera. And they make your voiceovers flow better. They save time because you’ll require fewer takes.

Scripts also ensure consistency across all your content—good for branding messages. They also take your mind off thinking about the next sentence, allowing you to focus on delivery and vocal dynamics.

How to write an awesome training script

At a high level, TV writers focus on four principles when writing video scripts. The first three apply to writing scripts for podcasts and radio. But the fourth is specific to video (Figure 1).

Write in a conversational tone

Media communication is more relational than instructional. TV newsreaders talk to you, not at you. A formal tone leads to verbosity and longer sentences which take the brain longer to process. And they don’t create rapport with the audience.

Write short sentences that are easy to hear

Sentences should be easy to hear and kept short.

I was listening to an NPR news broadcast a few years ago when the newsreader said, “Relief organizations are dropping in humanitarian aid to refugees.”

When you read it off paper, it makes sense. But if you read it out loud, the words “in” and “humanitarian” run together and can sound like one word: “inhumanitarian aid.” Try reading the sentence out loud.

I know there’s no such word as “inhumanitarian,” but as it sounds, it can create confusion and slow down comprehension. So, think about how each sentence sounds.

Short sentences are quicker and easier for the brain to process. It’s good to get into the habit of reviewing every sentence and deleting unnecessary words.

You can keep sentences short by limiting them to one clause. Stay away from subordinate or dependent clauses which simply slow down comprehension. Instead, break them into two separate sentences.

Active voice stands in contrast to passive voice where the action comes before the actor. For example:

You’ll notice that the active voice requires fewer words. It sounds better and is more direct.

Choose Short Words that are Concrete

We’ve all met people who use big words. And others who love buzzwords and jargon. I’m not sure why—I think they’re trying to impress people with their vocabulary.

I think it’s better to impress people with ideas rather than vocabulary. Because words are merely tools to communicate. The best video scripts use short words. Monosyllables are great.

Replacing one abstract word with several concrete words is one of the few times where more words are better than fewer.

While the first three principles apply to any media writing, whether it be video or audio, this last principle is a TV concept. Writing to picture means we don’t repeat what’s in the picture, in the spoken word content.

For example, if you have a picture of someone changing an air filter, you shouldn’t add a voiceover that says, “This woman is changing the air filter.” Rather, the voiceover should explain something that is not obvious in the picture. For example, “The air filter should be changed every six months.”

This is an age-old TV writing principle. It goes against some learning research around dual encoding that suggests you should repeat what’s in the picture and that’s a debate for another time. In this column, we’re focusing on tried and tested media writing techniques.

It’s all rather bland

About ten years ago I was running a workshop for newspaper journalists on writing video scripts. Just before lunch, one of the journalists, a very well-known writer, put his hand on my shoulder and said, “Writing for TV is so bland compared to print—in print I think we have much more room for finesse.”

He’s right. And when you follow these techniques, you may look at the page and feel the same way. Really short sentences do look odd on paper.

But here’s the thing. We’re not writing video scripts to be read. We’re writing for the ear. And when you hear these techniques in action, they’ll make sense.