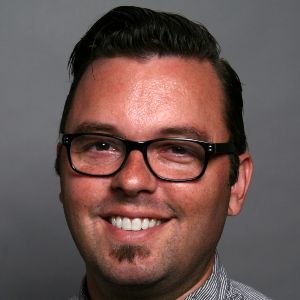 I love cutting-edge technology. I live, eat, sleep, and dream it. It’s part of my daily work and play. But as a result, I realize that I speak in a language that many of my friends and family just don’t understand. I strive to help people make sense of the technology in which I am immersed and that drives digital support solutions.

This has always been part of our mission at Float. We do this through blog posts, articles, conference presentations, and the human-centered design of our apps. We’ve recently retired our “Float Mobile Learning Primer,” an app that helped people become more familiar with mobile learning.

A key component of the app was its glossary. The app was a thinly veiled nod to science fiction books like Douglas Adams’ The Hitchhiker’s Guide to the Galaxy, or even more closely, Neal Stephenson’s The Diamond Age: Or, A Young Lady's Illustrated Primer. These fictional books helped people make sense of their respective universes.

As we continue to design and build new and emerging technologies like augmented reality, artificial intelligences, and other powerful tools just hitting the scene, the need for a primer looms large. We’ll be publishing one in April, but given that I will discuss many of these emerging technologies during The eLearning Guild’s Digital Support Solutions Spotlight on April 3, an overview of key terms is in order. Let’s dig in.

Computer vision (CV): Robotic vision in which one or more video cameras capture a scene that can be used for navigation or object recognition by robots or people with visual impairments. It is also an interdisciplinary field studying how computers gain high-level understanding from digital images or videos.

Deep learning (DL): A subset of machine learning where algorithms determine if a prediction is accurate or not. With deep learning, it is not necessary to teach a computer if its responses are correct, because it figures this out on its own.

Machine learning (ML): A subset of artificial intelligence where statistics and probability are used to tune an algorithm that a computer program can use in its decision-making processes.

Marker-based AR: In AR terms, a marker is an object that triggers an AR interaction to occur. Typically, these markers are similar in many ways to a QR code or other bold geometric graphics used in OCR applications like barcode readers. A marker can be used to activate the AR experience, or it can also be used to anchor the AR object to a real-world object or surface.

Markerless AR: Markerless AR is augmented reality that doesn’t require the use of a marker to trigger or activate the AR experience. Typically, markerless AR requires a combination of more complex computer vision or machine learning to process the camera’s input of the real-world environment around the user, so that it can place the object into the scene.

Mixed reality (MR): The merging of elements of both real and virtual worlds to produce new environments. A form of augmented reality.

Model: In machine learning, the model refers to the mathematical representation of a real-world dataset that was captured and used to train the neural network employed by the computer program to make decisions and process input and output for use by the system.

Natural language processing (NLP): A subset of computer science and artificial intelligence centered around the discipline of processing and interacting with human languages. Chatbots, intelligent agents, and other products that people interact with using written text and voice all depend on NLP. Text to speech, speech to text, and many other similar use cases that interact with human communication methods all leverage NLP.

Neural network (NN): A computing system that mimics our understanding of the brain by connecting discrete nodes to algorithmically process information in a powerful manner. A rule set creates processing directives for the nodes in the network so that they may propagate the input via connections, all the while deciding on or computing the outcome of the data that is processed according to those rules. As results are returned, favorable outcomes become learned behaviors to aid in subsequent processing operations. Two types of neural networks that are often used in Learning-and-Development-focused tools are:

Optical character recognition (OCR): A function of computer vision where printed text is converted to digital text to be processed or understood by other computer programs.

Virtual reality (VR): A computer program that simulates a real or imaginary physical environment with audio, video, and, perhaps, haptic features, often in 3-D, using a set of goggles or wearable items, such as VR gloves or suits.

Put these tools to work in digital support solutions

So, there you have it—a primer to help you get your bearings in this emerging technology world we live in. Please join me on April 3 for “Creating Valuable Augmented Reality Solutions for Performance Support,” part of the Digital Support Solutions Spotlight, to learn how these technologies can play a role in boosting learner performance.