By now, you have probably heard that the eLearning Brothers (eLB), well-known for its library of character art, templates, and so many other reusable resources, recently acquired two companies: Trivantis and Edulence. For those of us who have used the authoring tools from Trivantis for many years, including Lectora and CenarioVR, this was big news!

Timed with news of the acquisition came the announcements that both Lectora and CenarioVR have been updated to new versions. I’ve reviewed both products before (here and here). This month I’m writing about the latest enhancements and additions, but first let me note that the price for both have been reduced. eLB is offering a Gold Suite that includes both the Desktop and Online versions of Lectora plus ReviewLink and full access to the eLB Asset Library for $1,299 a year. For only $300 more per year, move up to the Platinum Suite that includes CenarioVR, that wunderbar tool to create virtual reality experiences. That is a huge savings for CenarioVR over its previous cost of $1,068 for the Starter Plan and $1,596 for Pro Plan.

This month I’m discussing the major new features of Lectora 19. I’ll discuss the updates to CenarioVR in a separate review.

Long-time Lectora developers will appreciate the new features in Lectora:

The timeline is a visual representation of any timed actions that you add to it. Here’s a simple example on how to use the timeline. Let’s say you have placed four characters, all initially hidden, on the screen and you want to reveal one at a time in turn. You can see the timeline at the bottom of the screen (Figure 1). 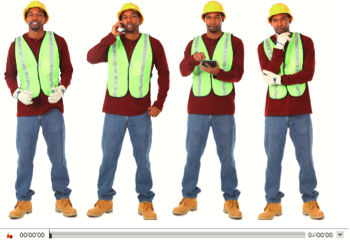 You could always use the action option in the properties ribbon for each character one by one, but the timeline simplifies this process and lets you create this exercise faster.

Click the little red icon at the left of the timeline to add an action. A timed event dialog will appear. In this case, I’ve set up the first character (Man 1) to show after five seconds. I’ve placed the dialog below the timeline so you can see how the timeline shows the event (Figure 2).

I’ve added three more timed events to the timeline to finish the effect on each character, one to occur every five seconds. Note that for the second, third, and fourth characters there are two actions; one to hide the previous character and another to show the new character. You can add as many actions as you like at any point in the timeline. Note the helpful tabs at the top of the timeline to show when these events will occur and how the events are named for the time stamps (5, 10, 15, 20). See Figure 3.

To create timed events even faster, you can move the scrubber in the timeline to any position. When you click to add an action, it will already include the time stamp where you placed the scrubber.

In the past, Lectora was packaged with a version of Camtasia and Snagit, both great tools. If you are upgrading from Lectora 18 you’ll still have access to those two tools but won’t get any updates. Instead, there is a new recorder built directly into Lectora that is pretty awesome.

The tools ribbon now boasts a screen recording button. When you click it, a popup will appear that will give you many options (see Figure 4). You can: 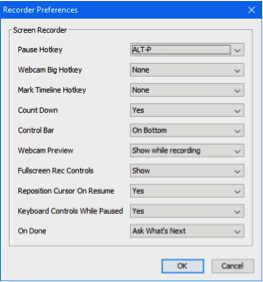 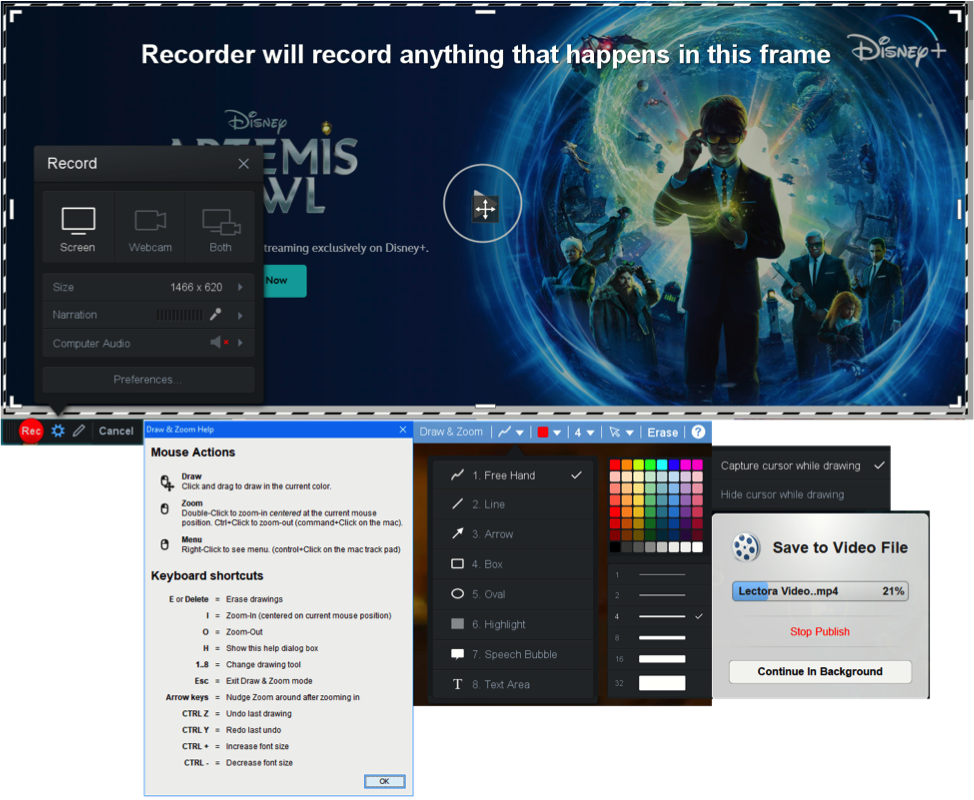 Many developers love templates because they can save them so much time and result in fewer bugs in the final product. Lectora 19 offers up hundreds of new templates that take care of multiple layouts, interactions, quizzes, and more. They are accessibility-compliant and already set up for xAPI and SCORM, so there is less for designers and developers to worry about. See Figure 7. 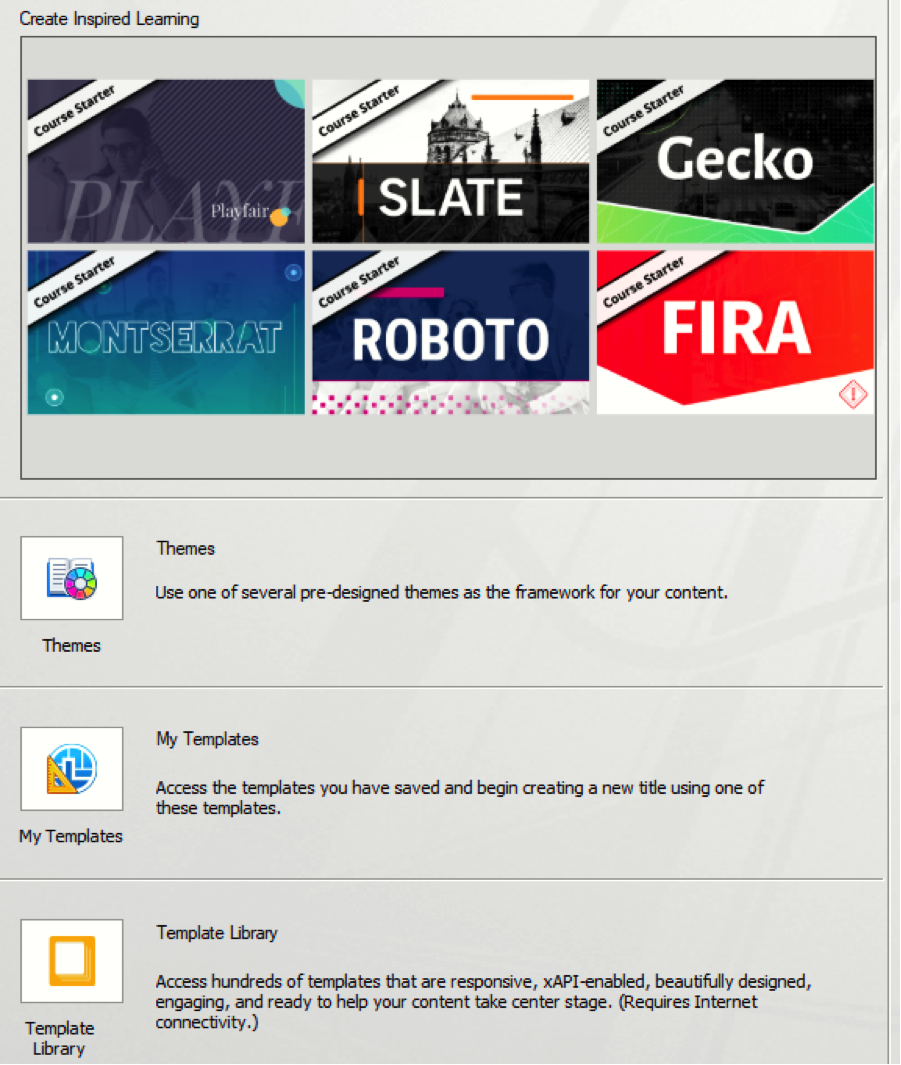 There are several other notable changes and additions:

I really like the new features I’ve discussed in this review and I look forward to implementing them in future designs. With the lower price to boot, you should seriously consider Lectora for your eLearning projects. What do you think? Add your comments below.