Race to the Finish: Quickly Send xAPI Data from a Robot Car 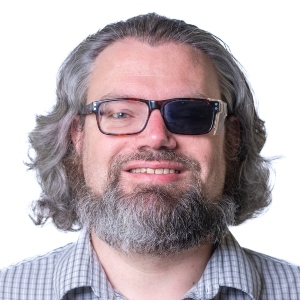 At an xAPI gathering at TorranceLearning in May 2019, we hosted a MakerSpace. The afternoon task was to get a robot to send xAPI statements—in two and a half hours. During this time, participants were coming and going as they pleased.

We divided the task into three stages:

Our robot, built from an Elegoo Smart Robot Car Kit that costs around $70, had been assembled for a talk at the Rochester (Michigan) Full Stack Meetup on JavaScript and the internet of things.

Since the talk, the robot had acquired further enhancements: Using a Raspberry Pi-based credit card-sized computer, the robot was running an on-board web server so it could be controlled over the internet. The server asked for the driver (the participant/user) to provide an email address, and it then provided two options for controls. These are still very much at the Minimum Viable Product (MVP) stage. We’d also added a second power source. With these enhancements, the cost reached a grand total of around $100. 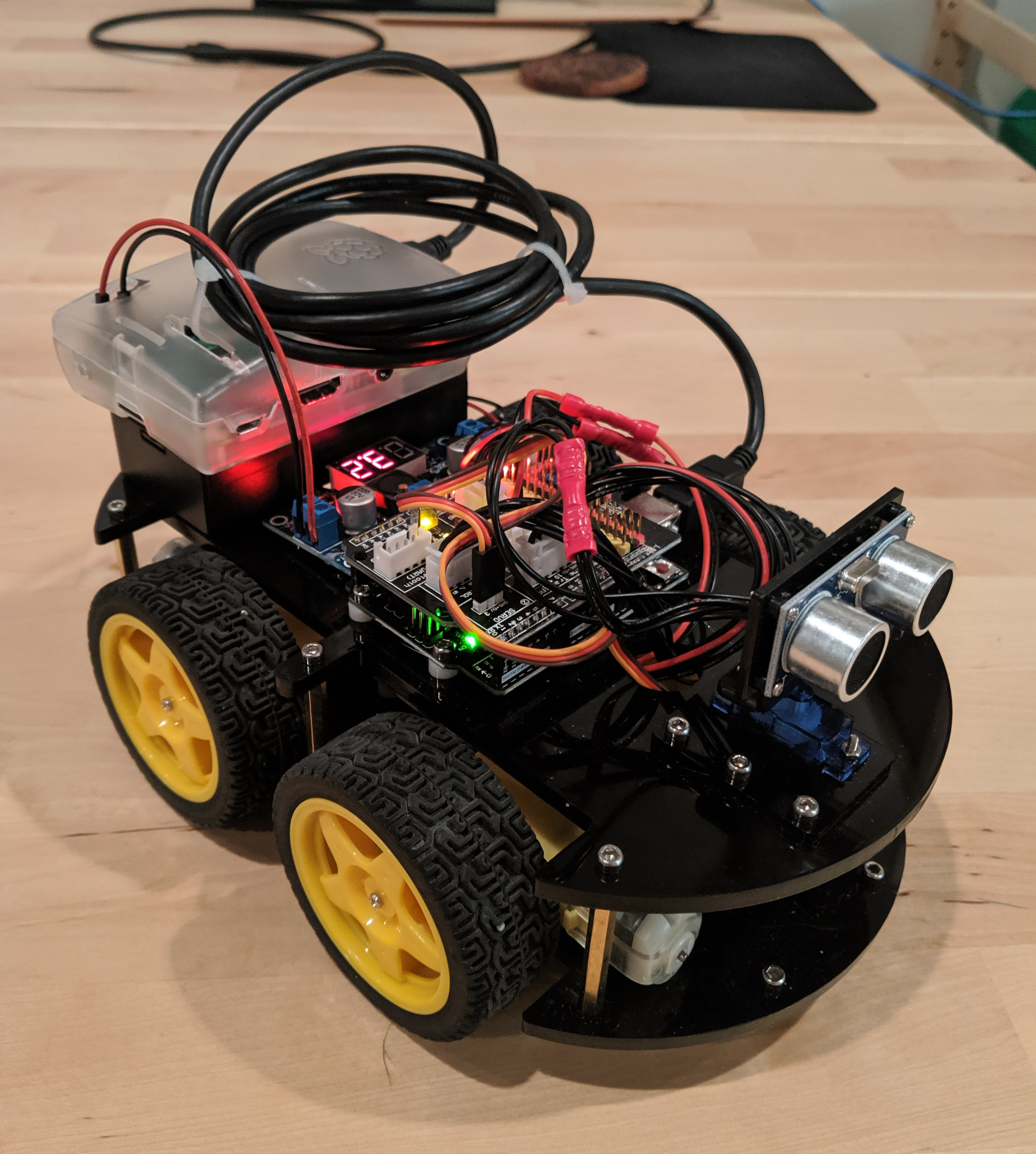 The MVP controls provided options for single or dual stick controls. Participants tried out both sets and found that the single-stick mode seemed to work better, but the robot could run away from them quickly.

Because of the limitations of the controller, we settled on a very simple path for the robot to run. A user would drive the robot along a very simple curved path to a vertical target, a case of Dr Pepper.

The sensors on the robot could detect when a user crossed onto the black tape edge of the path, and a distance sensor could detect the vertical target. This was complicated enough to get some interesting results, but straightforward enough that a first-time user would have a chance of reaching the Dr Pepper.

Figure 2: The robot car sits at the starting line

At this point, we had a reasonable performance test: The ultimate goal was to drive the robot around the curve and to the Dr Pepper case. We decided to measure:

Since we had only two and a half hours to formulate our statements, these are fairly simple; there is definitely room to expand and improve upon these.

We decided to create just a few concise statements that would feasibly fit in our time restrictions. We defined Actor, Verbs, Activities, and relevant Context.

Actor was already set to go. As mentioned earlier, each user provided an email address (and an optional name), which we sent along as the actor.

For Triggered, we opted to define a new verb, as none of the verbs in the Registry really fit our use case.

The xAPI protocol uses Internationalized Resource Identifiers (IRIs) as IDs for verbs, activities, extensions, and other elements. An IRI has a familiar-looking format because it’s similar to a web address (URL); in the case of xAPI IDs, however, these don’t necessarily represent online resources, but the format provides unique, hierarchical identifiers that show what things are and where they belong.

Some identifiers go into the xAPI Registry but most never will—because the first part identifies who it belongs to, that organization is responsible for the meaning. That’s part of the extensibility that gives xAPI much of its power. The new verb we defined for Triggered will be managed in-house. It is:

The robot had three sensors on the robot: left, middle, and right. We set up Activity IDs for these objects by following Andrew Downes’s Data Governance advice from the xAPI Cohort and blogs. Launched, Completed, and Terminated used the driving course itself for their objects. Like Triggered, these use the IRI format:

The two other things to consider were the time elapsed when a sensor was triggered or the goal was reached. Since we had no way to measure distance, this provided useful context. We set this up as:

We also set up a curb check count:

This counts the number of times a user triggered a line sensor, keeping in mind that driving completely off the course would trigger all three sensors, while a slight veer may only trigger one.

Because the robot was already up and running with Node, we were able to quickly integrate xAPI support with the TinCanJS Node Package.

The rest of the process went quite smoothly. After the basic statements were sent, we added a bit more description to the Activities. As the party wrapped up, we had a complete run from Launched to Completed, and a few people came into the MakerSpace to test the robot.

Most LRSs (learning record stores) will display the data in reverse chronological order. Here’s an example of the start-to-finish run for one user, MB:

Figure 3: A list of xAPI statements for user “MB”

There are many ways to take this further, both with and without xAPI. 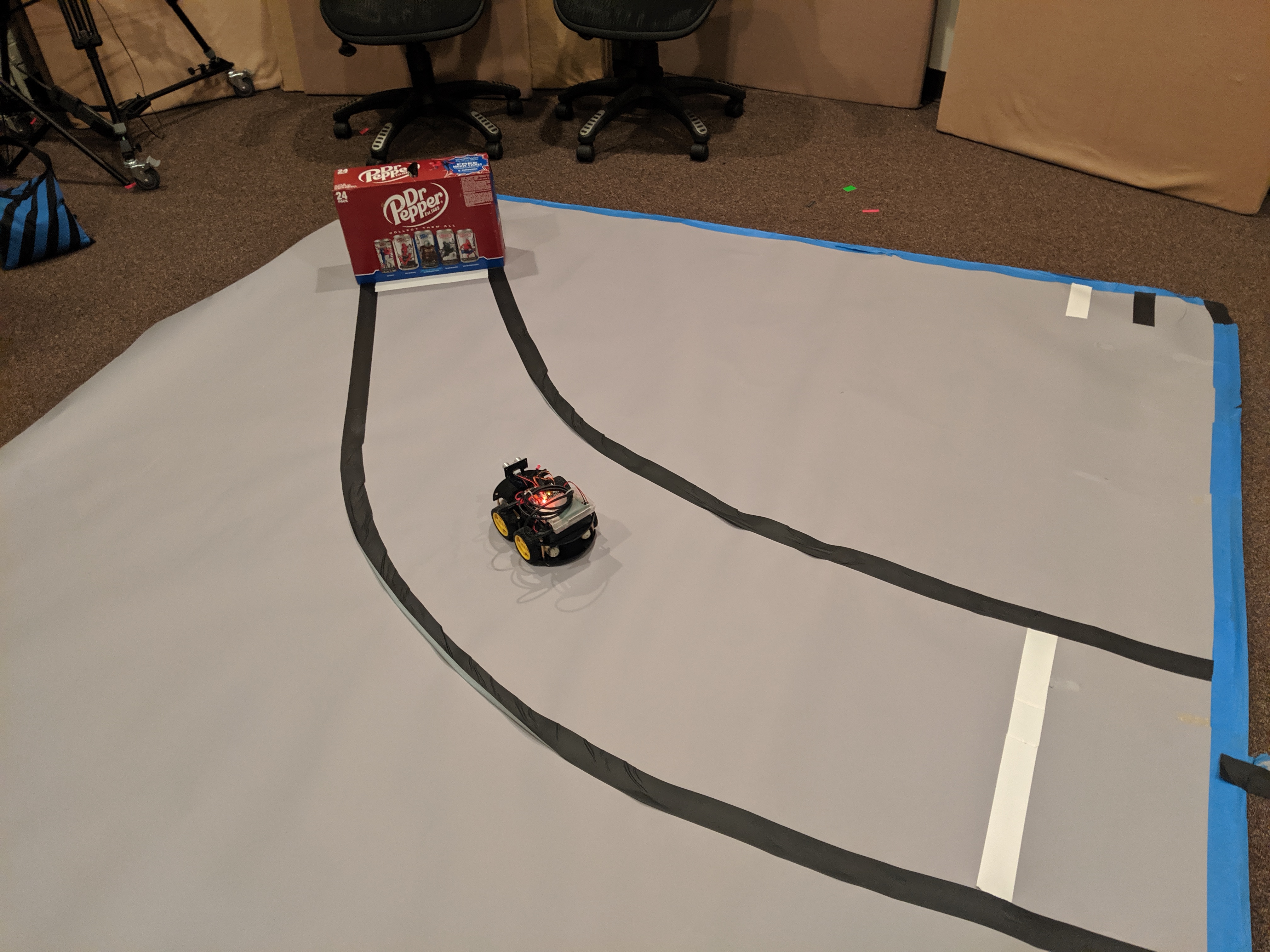 Figure 4: The robot approaches its target, a case of Dr Pepper