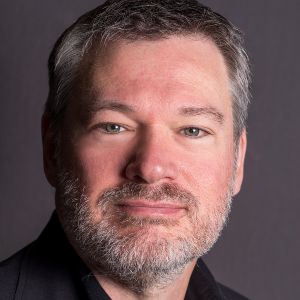 If you are not familiar with cmi5 it is a profile for xAPI. Specifically, cmi5 is the use-case for xAPI in the “LMS launches content” scenario. Originally released by the Advanced Distributing Learning initiative (ADL) in 2016, cmi5 is the “official” specification for launching xAPI content from an LMS. It has been three years since the spec was released; it is time to check in to see what is going on with cmi5.

You might be saying to yourself, “I can already publish content to xAPI.” While it is true that some content authoring tools have an xAPI publish option, it is important to know the limitations of that feature.

The ADL cmi5 Working Group has written a document comparing the xAPI package to cmi5 (xAPI/TinCan Package vs. cmi5 Comparison).

cmi5 adoption by both LMSs and authoring tools has been slow. You can find a list of the adopters on the cmi5 website. Despite the small list, there are some encouraging signs that we may soon have many more.

When xAPI was released, ADL published a JavaScript library for interacting with an LRS. A similar library for cmi5 assignable units (AU) has now been published by ADL (cmi5-Client Library). There is also a sample AU that demonstrates use of the library. All for free!

At its iFest 2019 conference in August, ADL released a Broad Agency Announcement (BAA) that included a cmi5 player and test suite. If you are not familiar with the BAA term, basically it means that ADL is seeking proposals to perform a research or development task. Development of a cmi5 conformance test should greatly improve adoption, especially by the U.S. Department of Defense.

The future for SCORM is not as bright. In the BAA discussed above, the problem statement for the cmi5 player and test suite included the following:

“The cmi5 specification was created to replicate SCORM functionality, with the intention of replacing SCORM as the de-facto format of online courses and traditional computer-based training. However, the Department of Defense (DoD) requires a minimally viable cmi5-player reference implementation and a software conformance test suite for cmi5-based content to enable its transition into operational use.”

Does this mean that SCORM is dead? Not yet. Vendors will continue to support SCORM into the foreseeable future because their customers likely have large libraries of SCORM content. It does mean, however, that the DoD is looking for a path away from SCORM and into cmi5. It also means that SCORM will not be supported or updated by ADL.

Adoption of SCORM (2001) by the DoD is what pushed the rapid acceptance of the SCORM specification. History is about to repeat itself. The pending adoption of cmi5 by the DoD has important impact on any new content development.

The future of cmi5 looks very promising. I believe we will begin to see widespread adoption in the 2020-2021 timeframe.