I’m celebrating an important anniversary this month. PowerPoint and I have been together for 20 YEARS! That’s two decades of slide masters, page turn transitions, and boomerang animations.

I’m very fond of PowerPoint. We hang out on an almost daily basis nowadays. I also think PowerPoint is overplayed and poorly used. Every meeting doesn’t require slides, and no one reads a 200-page deck. But, in real life, it’s not the software’s fault. PowerPoint is just a tool. It’s as good or bad as we make it. Unfortunately, lots of people make it really bad.

PowerPoint and I work well together. I’m not a designer, but I can get the software to do some nifty stuff. I’ve had 20 years of practice and made plenty of mistakes. Along the way, PowerPoint has played a major role in my life—academically, professionally, and personally. 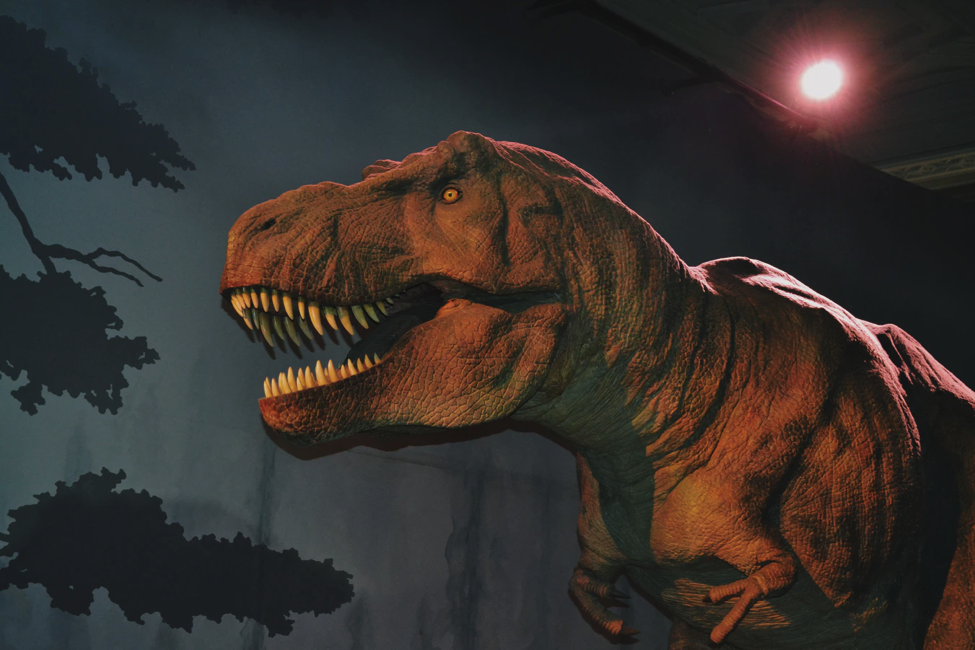 Do you remember your first PowerPoint? I built mine in a high school media class. I spent most of my time back then writing reports and editing the school newspaper. This was my first visual presentation.

I can’t tell you what the deck was about. But I vividly recall the final slide. The title was splashed in big, wide letters across the top of the screen. Photos of my project team members popped up from the bottom one by one. Then, there was the sudden, booming roar of the T-Rex from Jurassic Park!

This presentation was probably a great example of what you shouldn’t do with PowerPoint. But it was the first time I had the chance to dig into the tool and figure out how I could use it to support my story. This would turn out to be very important to my career long-term. 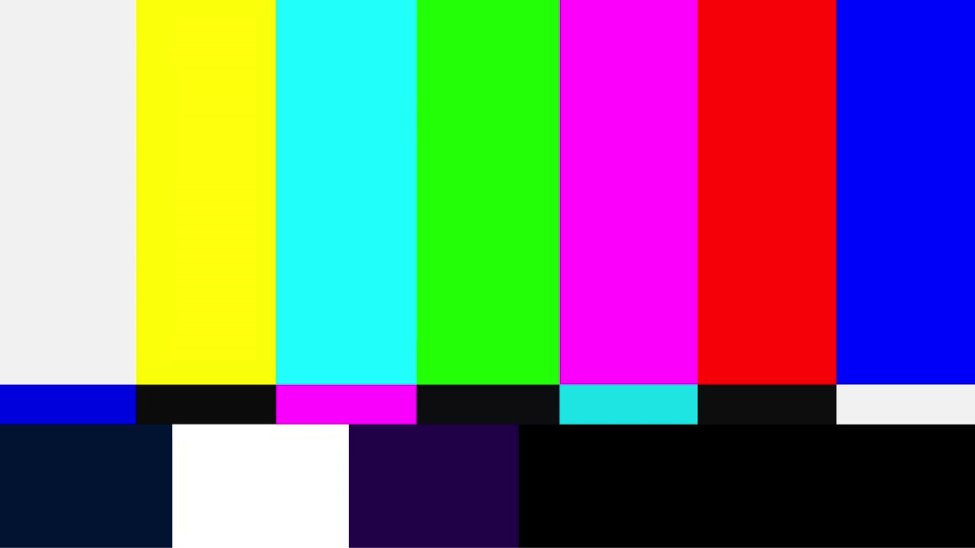 I managed the student radio station in college. We weren’t actually “on the radio” per se. We streamed our programs online Monday to Friday, 9 am to 9 pm. We also broadcasted on the campus’ closed circuit television network on channel 21. Listeners would stare at color bars while listening to the radio on their TV. Until …

I found out the communication department had a really, really old computer connected to the broadcast setup. It couldn’t access the internet, but it did have Microsoft Office and a disk drive. So I went to work. I built a PowerPoint that looked like that TV channel in a hotel that’s about the hotel. It even had a fake scrolling text feed with the latest campus news. Moving the file from my laptop to the station’s computer required five disks. It had to loop continuously all day, every day, so there were a lot of slides, animations, and images. I spent an hour every week during my junior and senior years updating that presentation to make sure no one could tell it was just PowerPoint on their TVs. 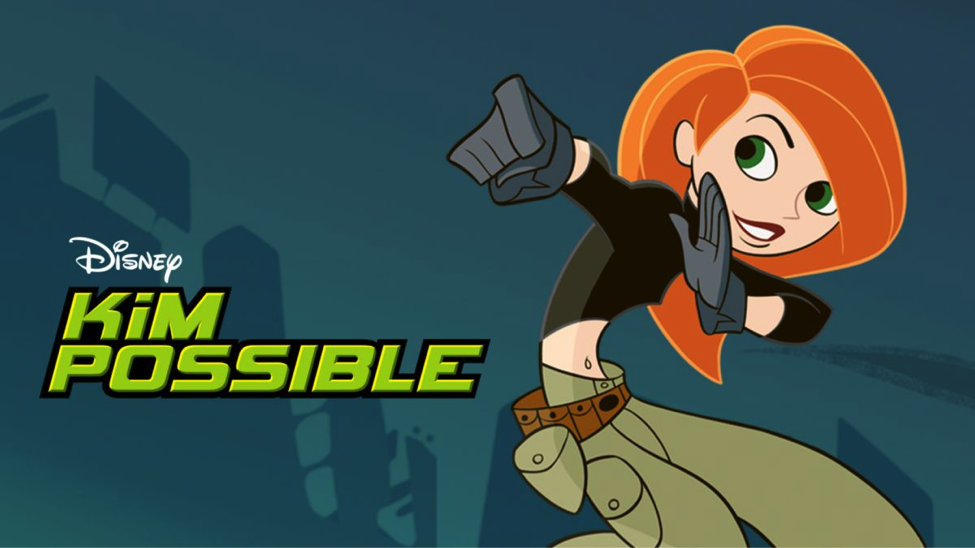 Call me. Beep me. If ya wanna reach me.

My Disney career was based on PowerPoint. That’s not really an overstatement. After three years, I joined the facilitation team for a major L&D initiative. We delivered new customer service training to every cast member at the Walt Disney World Resort in just three months. I remained onboard to deliver more customer service programs. Then, Kim Possible happened.

I was assigned to build a program for the opening team at the new Kim Possible attraction. Management wanted something highly-engaging to match the excitement around the project. As part of the solution, I built the PowerPoint presentation that would become my calling card for the next several years. It began with a very simple, boring title slide. Suddenly, on the first click, an alarm sounded. The screen flashed red. The slide began to tear away and reveal a secret Kim Possible background. The theme song played. A screen dropped into view and connected “live” to headquarters for a critical mission briefing. Two slides. One video. Dozens of sound effects and animations. I would go on to build training programs for dozens of job locations and lines of business. They all came with a one-of-a-kind, highly-themed, story-driven PowerPoint deck. 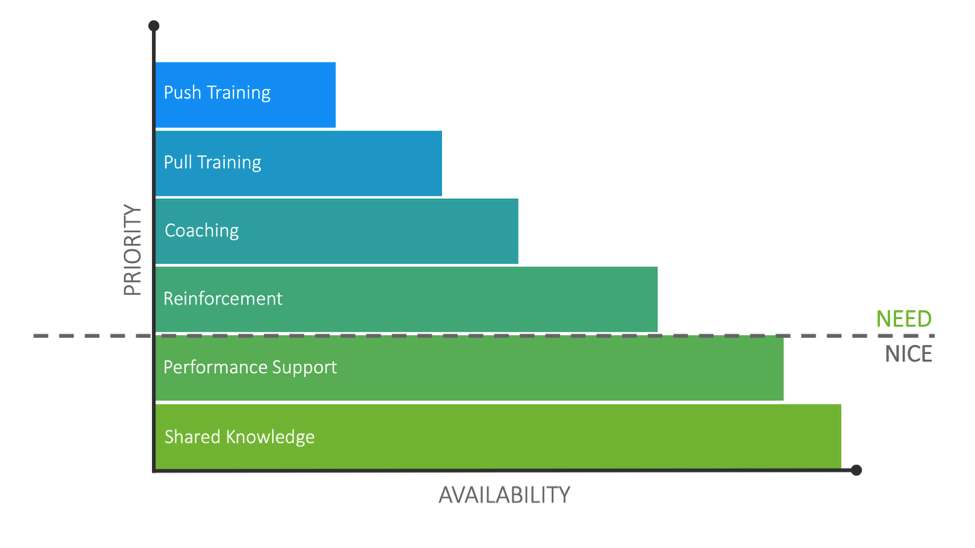 I don’t use many sound effects or animations nowadays, but PowerPoint is still an essential part of my storytelling toolkit. At Disney, I was known for the Kim Possible deck. Today, I’m known for a single slide. Six colorful, stacked bars explain my entire philosophy on workplace learning (above). I still receive compliments on my presentations. However, it’s less about how much my presentations stand out and more about how they blend in. For example, here are a few of my favorite slides from 2020. 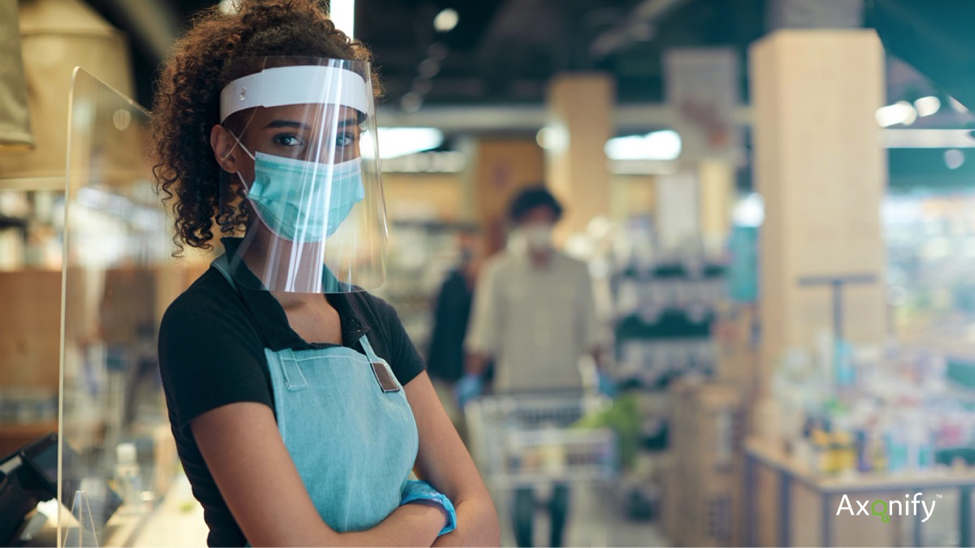 Figure 6: This slide is in every presentation I deliver right now. It reminds us just how much the work experience has changed on the frontline this year. 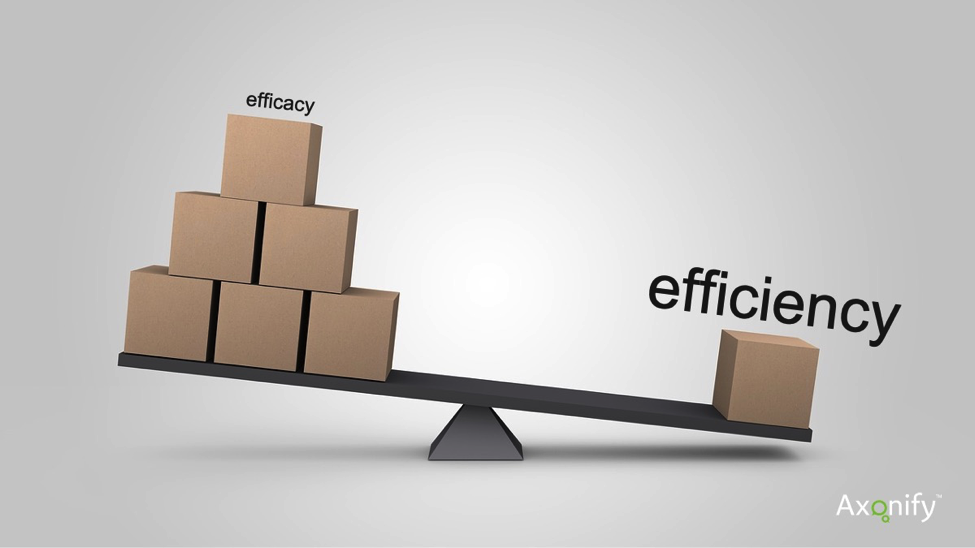 Figure 7: This slide evokes L&D’s constant battle to balance the efficacy of our solutions with the efficiency needed to keep pace with business change 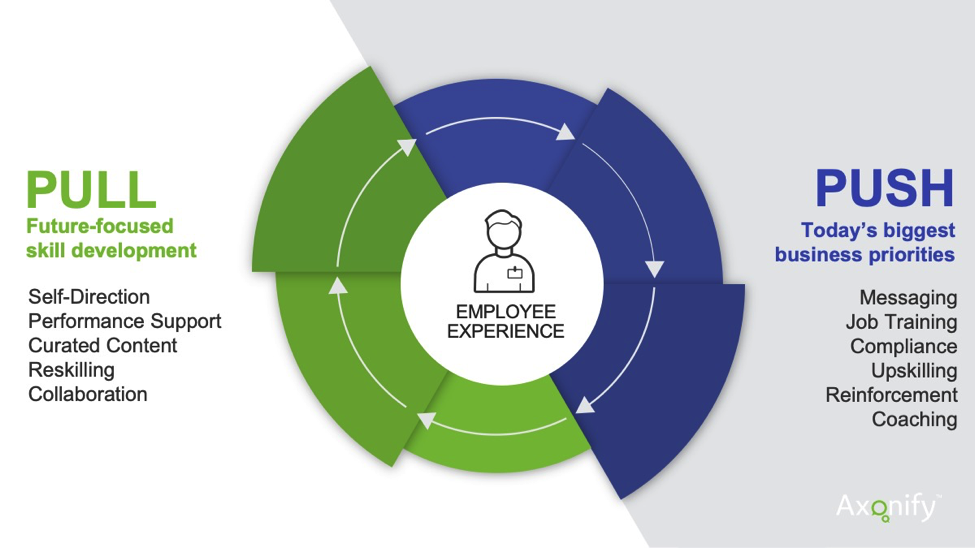 Figure 8: This slide articulates the need for a balanced workplace learning experience so employees can solve today’s problems while building the skills they’ll need for tomorrow 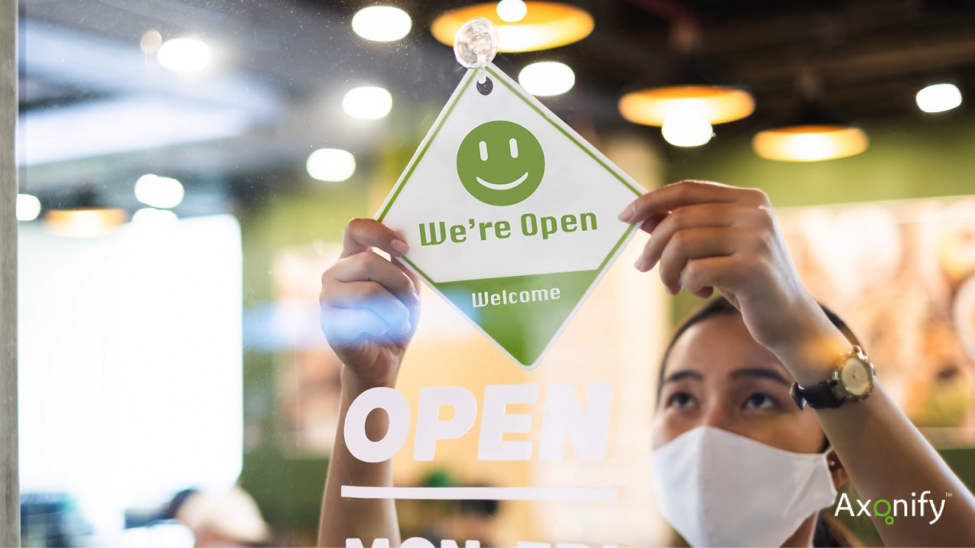 Figure 9: This slide visualizes the connection between frontline performance and business success, now and into the future

Big pictures. Few words. The PowerPoint isn’t the story. It visually supports the story being told by evoking emotion, connecting to experience and deepening understanding.

I’m not a designer like Connie Malamed. Richard Goring knows a lot more about PowerPoint than I do. I’m just pretty good at throwing together visuals to support my stories. You can check out samples of my recent presentations at LearnGeek. Feel free to borrow any slides that may help you tell your story. Finally, here are five quick things I’ve learned during my 20 years with PowerPoint.

? Find a good image repository. I use Pixabay, Pexels and Unsplash.

? Google related terms. If I don’t know how to visualize a topic, I search for related terms and browse images for inspiration.

? Use eight words. I try to use eight or less words on every slide, unless I’m explaining a complex concept. Then, I use a lot of builds so as to not overwhelm viewers.

? Forget the rules. I don’t subscribe to a limit on the number of slides I can use during a presentation. I stick to my timing but use as many visuals as I need, especially if I’m online and therefore need extra visual triggers.

? Build two decks. “Will the slides be made available?” is the most popular question in presentation history. Always provide a deck. Never put it behind a gate. But don’t share the version you used for delivery. Instead, build and PDF a shared version that provides more value for the viewer. For example, three of my slide examples above are just pictures without context. I have to add text to help you recall what was said on each slide during the session.

Be safe. Be well. Be kind to the frontline (and PowerPoint).