Demystify Blockchain and Its Potential to Disrupt L&D 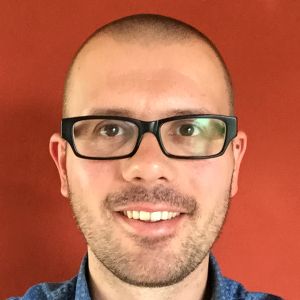 Do you ever hear of specific trends or buzzwords, and have no clue what it’s all about? That’s precisely what happened to me a few years ago when I first heard about blockchain.

Though blockchain technology is likely to revolutionize and disrupt a lot of industries, maybe even learning and development (L&D), I knew little about it. This triggered me to take a deep dive into the technology and to explore how it eventually could impact L&D.

First, what is blockchain? I went to Wikipedia and read the definition:

A blockchain is a growing list of records, called blocks, which are linked using cryptography. Each block contains a cryptographic hash of the previous block, a timestamp, and transaction data (generally represented as a Merkle tree)…

Timestamps? Cryptography? Hashes? Merkle trees? For non-technical L&D professionals like myself, this didn’t make much sense. So I turned to an example from a Belgian book by Gerrie Smits, Blockchain is WTF. (Note: WTF, in this case, is a Dutch abbreviation for Waarschijnlijk Toch Fundamenteel or “probably still fundamental.") In this book, Smits explains the fundamental principles of blockchain using the example of… a wedding party.

The father of the bride is giving his formal speech to the approximately 150 people in the room. They all have a terrific laugh, and at the end of his speech, the father gives his car as a present to his daughter and her husband.

Well, in a certain way, this example has a lot of the necessary components of a blockchain transaction. Let me specify:

So next time you want to explain blockchain, think of Gerrie Smits and use his example. It makes much more sense.

An alternative is a Wired YouTube video, where a blockchain expert explains the technology to a child, a teen, a college student, a grad student, and an expert.

The best-known blockchain application today remains Bitcoin, the cryptographic money that allows you to pay without the intervention of a bank or any other third party.

But in recent years, we’ve also seen startups appear with promising ideas and projects, even in L&D. That’s because every institution, organization, or company that issues certificates, diplomas, badges, or other digital credentials could benefit from the technology.

At present, multiple systems exist, and there is often mutual distrust about the value of diplomas and certificates issued. What's more, we often have auditors to check and validate everything internally. No more! If we used blockchain for securing digital credentials, the challenges of validity, transparency, and trust would disappear—in one fell swoop.

And as a bonus, learning in this way could finally be disconnected from institutions and companies. It would therefore be an open, transparent, validated, and safe journey where the learner is behind the steering wheel, and where schools and companies become passers-by during the lifelong learning trip that we all take. A diploma here, a MOOC certificate there, and, in between, an internal company certificate? Via blockchain, these could all be inextricably linked to the learner, who could share this information with whomever he or she wanted. Credentials could become transparent, safe, and validated!

The big question is: Do we need blockchain to solve this problem? Luckily, the IEEE Spectrum has created an interactive flowchart to answer this question. The most important questions are:

Trust is a key issue. Bitcoin emerged during a financial crisis, and people mistrusted financial institutions—the ideal circumstances for a cryptocurrency to gain momentum. It’s worth asking whether the same conditions of mistrust exist in L&D.

If you are convinced that the blockchain technology can help solve your problems, then you can start experimenting with some products that are already on the market. These include:

It remains to be seen whether blockchain will disrupt L&D or revolutionize digital credentialing. Despite the massive hype over the past years, we can’t deny that this technology shows lots of potential—but only if it solves a real problem. That’s the biggest concern regarding L&D and education: A problem requiring blockchain has yet to be identified. I suggest that L&D professionals read about the technology, its use cases, and pros and cons, then try out some of the easy-to-use tools and see how blockchain truly works.

Is it fascinating? Absolutely! Is it necessary? We’re not sure… yet.