The New Raptivity Flavors: A Wealth of Interactions

By and large, though, the interactions that have been built using Raptivity’s 191 wizard-based interaction builders (102 offered for both HTML5 and Flash, and 89 bonus legacy Flash-only templates) have been used in other authoring environments, such as Adobe Captivate, Articulate Storyline, Trivantis Lectora, or any of dozens of other tools. If your tool can open a web object or insert an HTML5 animation, you can use Raptivity in your lessons. Most tools have one or both abilities. You can see a sample of the interactions in Figure 1; you can also sample and preview each here.

Macintosh users: There is a suite of 10 of the most popular interactions available for you. Click here to see the interactions included. 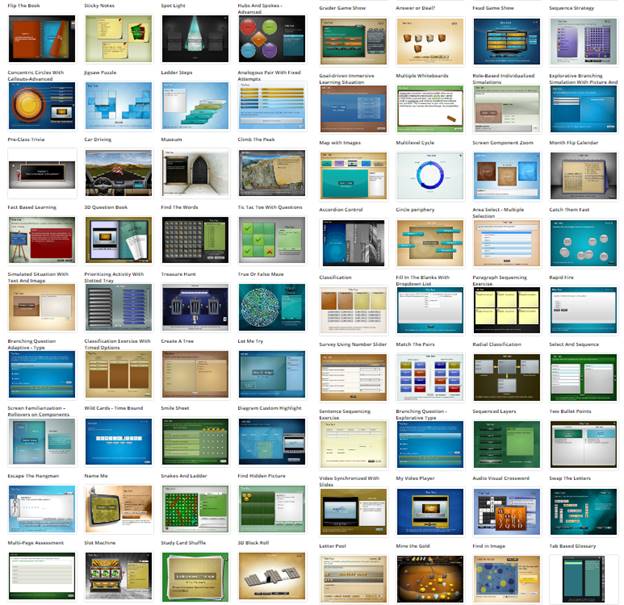 Figure 1: A sampling of Raptivity interactions

Several ways to filter the interactions

When using Raptivity, you can filter the interactions in several different ways. This is a favorite feature of Raptivity users. See Figure 2. 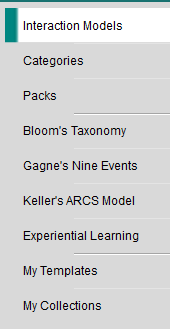 In 2014, Harbinger released Raptivity Linker, which allows you to string any number of Raptivity (SCORM-compliant) interactions together in those situations when you don’t need to insert those interactions in other tools and just want to ensure that you can present the interactions smoothly one after the other. I have reported on Raptivity and Raptivity Linker in past reviews for Learning Solutions Magazine.

All these are customizable

Each Raptivity interaction is highly customizable—even though, being wizard-based, the program remains easy to use. In almost every case, you can not only change the look and feel of the interaction, but also add text, images, audio, and video. You can even add buttons to display a popup of text, image, or video, or a link to jump elsewhere. Look at Figure 3 for an idea of what I mean. In this case, I’m using the Flash Card interaction. Figure 4 shows the wealth of options you can customize for this interaction. 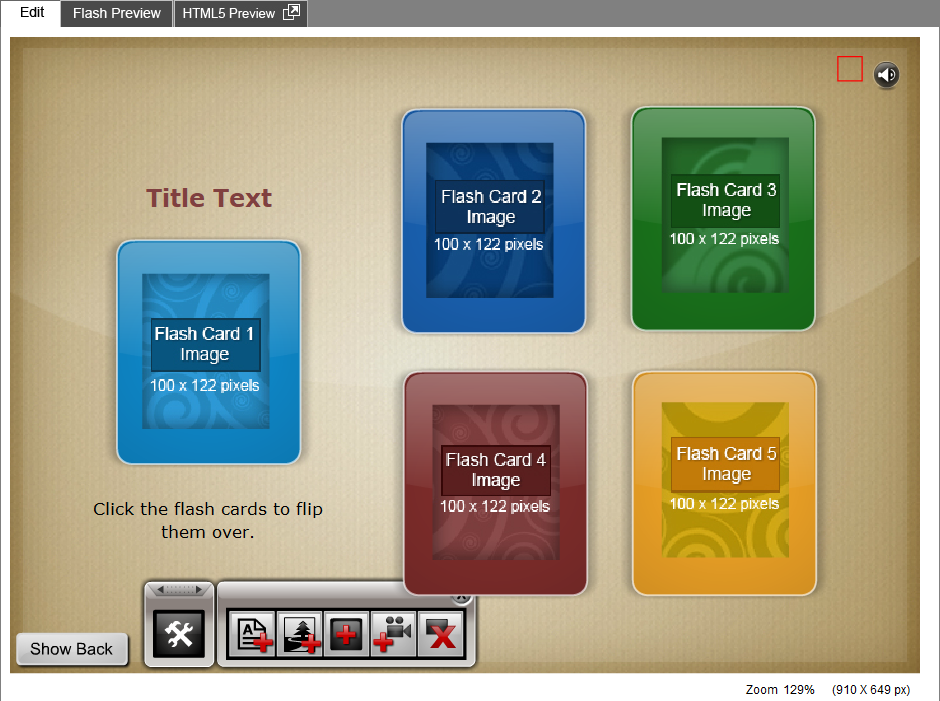 Figure 3: The Flash Card interaction. Notice the toolbox, from which you can add text, images, buttons, and videos. 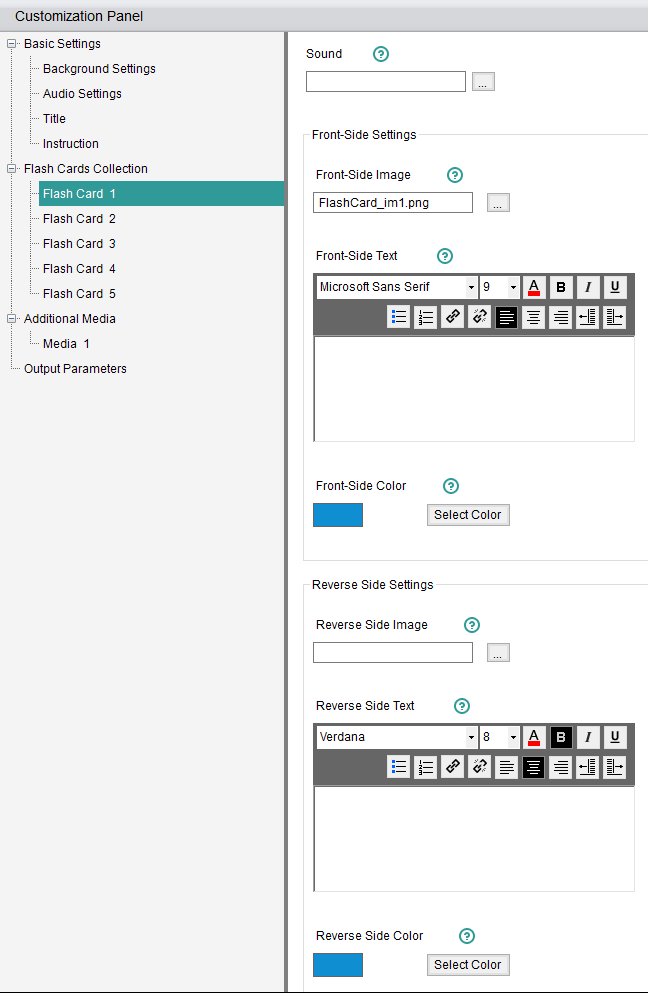 Figure 4: The Customization Panel for the Flash Card interaction. This is showing just the options for Flash Card 1. Notice all the other categories on the left for further customizable areas.

The result, with not too much customization, can act and look like that in Figure 5. 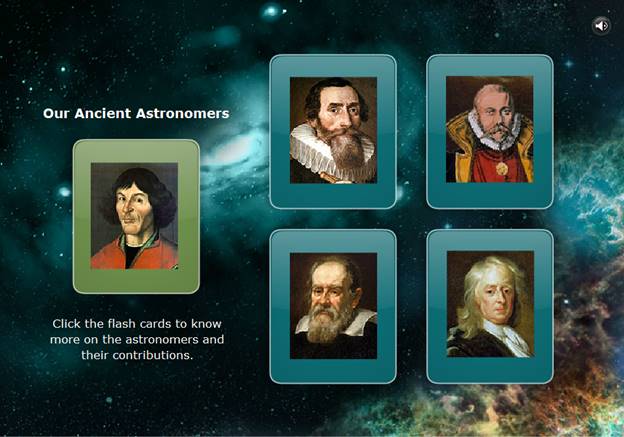 Figure 5: One example of using the Flash Card interaction

What led to Flavors

An interesting outcome of all these organizations using Raptivity made itself evident each time Harbinger’s Raptivity team would talk with their customers to find out how they were using the interactions the team was building. Some customized the interactions so much that the Raptivity team itself had a hard time figuring out which interaction they had used in the first place! In fact, the team found that some of their customers had used the same interaction in several different creative ways. (On a personal note, I have frequently found that the users of a product often surprise the creators with the creativity and ingenuity with which they use that product. This is no different.)

That led to the idea of Raptivity Flavors: customized versions of the interactions to give Raptivity users more ideas and further spark their imaginations.

Figure 6 shows a customization of the same Flash Card interaction. It looks quite different but is based on the same template. Learners click on each of the answers, which will then flip the card over to show either a happy face or a sad face.

In fact, using the original template, you could have built the interaction in Figure 6 yourself. With Raptivity Flavors, though, you have a shortcut to the end result, saving you lots of time. The community of Raptivity users has always been a friendly one, and many of them have been sharing ideas all along. Now the Raptivity team is making sure that all its customers can benefit from those ideas. 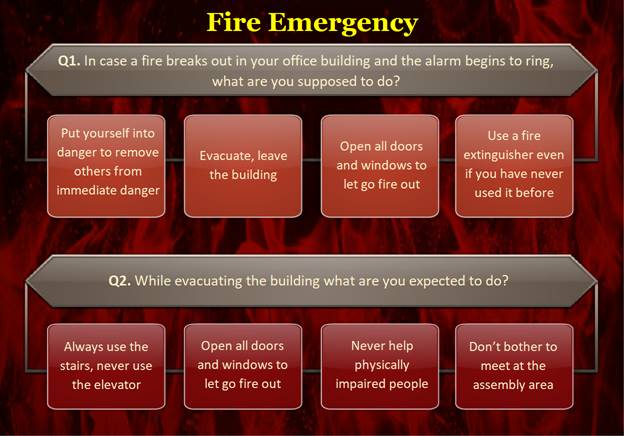 Figure 6: A Flavor of the Flash Cards interaction 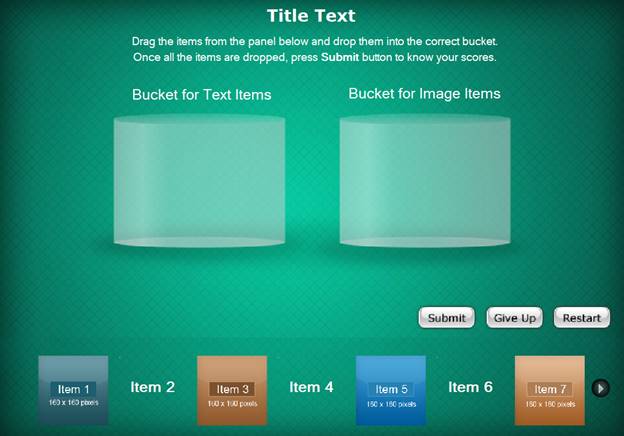 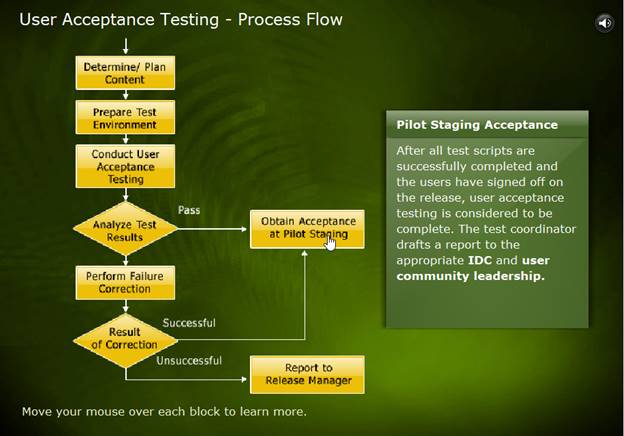 Figure 9: An example of the Flow Chart Presentation interaction with Audio interaction

It’s remarkable how easy it is to customize Raptivity interactions, but the Raptivity team decided to make it even easier by providing customizations—Flavors—that are already done for you and that may be much closer to what you envision for your own training.

The Raptivity team will continue to elicit ideas from their customers, and they will release at least 10 Flavors this month with many more to follow. Look for them in the upcoming update.

I must hand it to the team for paying attention to what their customers are doing and then seeing opportunities to help them further by creating Flavors. This is going to be a hit with all Raptivity users, and I can see where it may garner many new users, too.

Learn more at Raptivity.com. You can download a free 14-day trial here.