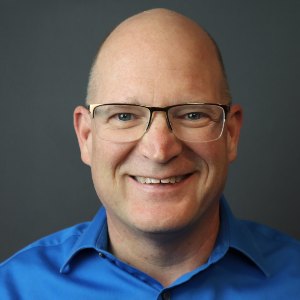 Juan had successfully passed all the eLearning modules focusing on traffic safety, he’d read the manual, and he’d passed the test certifying his knowledge. Juan was confident he could expertly navigate the busy Mexico City traffic on his delivery motorcycle without incident. His job as a delivery courier required him to be fast, but his employer also wanted him to be safe. Due to the dangerous nature of the job, one or two couriers are seriously injured every year, some of them fatally.

As Juan eased his motorcycle into traffic, all was well. He confidently flowed with traffic, obeyed traffic laws, and was making good time until he noticed something out of the corner of his eye. He saw a man tenuously holding on to an enormous bunch of brightly colored balloons, some in the shape of animals. Juan only looked at the man and his balloons for a second. When he looked back to the road, he was seized with panic. A large truck pulled in front of him. It was too close, he couldn’t turn. His heart rate increased, his palms instantly became wet, and he involuntarily screeched as everything went black.

Fortunately for Juan, this was a virtual reality training exercise and, although he was safe, the physical and emotional reactions he had when he saw the truck were as real as if he’d been on an actual bike in the actual streets of Mexico City.

One of the reasons for Juan’s visceral and emotional response, or that of any learner in the above scenario, is due to what researchers call “presence” and “immersion.” While the two terms are often used interchangeably, as related to virtual reality they are two different concepts. Researchers Chris Wilson and Alessandro Soranzo describe the two different concepts this way: “Immersion is an objective description of the technical capabilities of the VR system that describes the level of detail with which a virtual environment can be rendered, while presence describes the user’s psychological response to said environment” (emphasis ours). Another way to think of it is that different learners can experience different levels of presence in an environment with the same level of immersion, depending on a range of factors such as state of mind or previous level of learning (see Wilson and Soranzo in References).

While a great deal of effort has gone into ensuring that technical issues with VR are addressed from the hardware and software perspective, the bigger issue for those who design instruction is to help create the sense of presence necessary to make the virtual environment feel real to the learner. If Juan is not caught up in the sense of actually being on the motorcycle and maneuvering through the streets of Mexico City, his reaction to the sudden appearance of an obstacle might not be as visceral or memorable. The learning opportunity would be lost. In fact, as Julia Diemer and co-authors write: “Presence is commonly regarded as a necessary mediator that allows real emotions to be activated by a virtual environment” (see References).

In either case, designers of instruction must work to design an environment and a situation with the VR scenario where the learner feels they are actually participating meaningfully within the VR learning environment.

Meaningful participation is a hallmark of the instructional theory known as “situated cognition.” Situated cognition is a theory of instruction that suggests learning is naturally tied to authentic activity, context, and culture (see Brown, et al, in References). And, of course, one can use virtual reality to create an authentic activity, context, and cultural experience using computer-generated techniques. The idea behind situated cognition is that the person and the environment in which they are learning cannot be separated in any analysis of learning. They are each part of a mutually constructed whole, and a person’s knowledge is embedded in the context, culture, and tasks where the knowledge is learned.

If any learning is to take place, it needs to be conducted in the environment in which it will be applied. This is because it’s believed the environment and the person’s perception of the environment are part of the same learning process (see Gredler in References). To grasp information and knowledge, learners need much more than abstract concepts and self-contained examples; they need to be exposed to the use of the information and cognitive tools in an authentic activity. Authentic activities provide learning opportunities in a way that textbook examples and declarative explanations cannot (see Gredler). This makes VR a near-perfect medium for the application of the learning theory of situated cognition—because any environment or context needed can be digitally created.

Situated cognition supports learning in a domain by enabling the learner to acquire, develop, and use cognitive tools in an authentic activity. Adhering to the theory, the designer of instruction would attempt to enculturate the learner into authentic practice situations through activity and context-related tasks and outcomes. With a VR environment, the learner would have the opportunity to rehearse behaviors and obtain feedback from within the environment in which they are applying the skills. The challenge for the designer of VR instruction is to create a learning environment as similar to the actual work environment as possible while not losing sight of the concepts of immersion and presence.

As designers of instruction working within the delivery method of virtual reality, we must strive to create meaningful instruction to help learners assimilate new ideas, concepts, and skills within the realities we create. If we want the experiences we create to lead to positive learning outcomes, we need to keep in mind the concept of presence, the role of immersion, and the need to think about situated cognition and how context, culture, and authentic activities play a role in learning. It’s not just the technology, but also the careful application of the theories and research behind the technology that creates effective learning.

Note: The content for this article is drawn, in part, from Karl Kapp and Tony O’Driscoll’s book Learning in 3D: Adding a New Dimension to Enterprise Learning and Collaboration.

Presence, immersion, and the current and future use of virtual, augmented, and mixed realities will be covered in depth at The eLearning Guild’s 2017 Realities360 Conference, July 26 – 28 in San Jose, California. Dozens of sessions and over 40 expert speakers are scheduled. Seating is limited, so register today!

Wilson, Christopher J., and Alessandro Soranzo. “The Use of Virtual Reality in Psychology: A Case Study in Visual Perception.” Computational and Mathematical Methods in Medicine. February 2015.