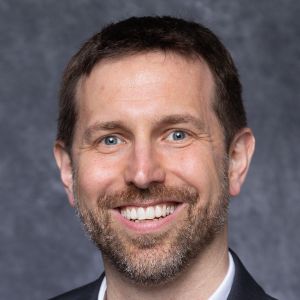 In late February 2017, Moodle marked a historic milestone by surpassing over 100 million registered users worldwide who are utilizing the free open-source system through approximately 100,000 individual installations in both K-20 and professional education instances in governments, corporations, and nonprofits. This makes it the most widely used system in the world. Through my role as CEO of eThink Education, a Certified US Moodle Partner, I’ve personally witnessed the massive effect Moodle has had on the learning management system (LMS) market. Open-source Moodle provided much needed disruption to the LMS market at a time when people were eager for more choices and yet, surprisingly, even after 15 years in existence, much confusion remains about its benefits and the foundations of the ecosystem that supports it. In this article, I will attempt to provide some clarification about the ecosystem and about the growth of Moodle’s adoption across markets.

Moodle and the higher education market

Moodle, developed by Martin Dougiamas and headquartered in Perth, Australia, was first released in 2002 and has since grown both in its robust, cutting-edge feature set and in its ever-adapting ecosystem of commercial partners designed to support its growth and ensure that Moodle remains free for many years to come. To understand the significant disruption we are now seeing by Moodle in the corporate market, it is necessary to look back at the effect Moodle had in the higher education market when it was first released.

At the time of its release there were only two main LMSs competing well in the higher education market—Blackboard and WebCT. According to LISTedTECH, in 2002, each company controlled 40 to 50 percent of the market. When Moodle first came out in 2002, I was a consultant working for Ellucian (formerly Sungard Higher Education/SCT), an ERP provider to colleges and universities. I spent 45 or more weeks on the road each year and was given the opportunity to meet in person with over 100 different colleges throughout my time there. As I traveled to set up ERP solutions I heard the same story regarding each college’s LMS: the cost of these two main LMS systems were extremely high and there were complaints on a lack of innovation in product functionality as well as support quality. The market was ripe for new competition.

By 2005, new products such as Angel, eCollege, and Desire2Learn started to gain market share by offering more product innovation as well as better pricing and support. Moodle, which had been developed as a reaction to the exact same concerns I’d heard from colleges and universities throughout the US and Canada during my travels with Ellucian, represented about eight percent of new higher education implementations this year. It was also in 2005 that Blackboard acquired WebCT, retaining its position as the market share leader. This was a move that at the time gave Blackboard contracts with more than 80 percent of the market.

Colleges and universities reacted to this news by moving in much higher numbers to Moodle. By 2006, one year after the merger, Moodle represented 26 percent of the new implementations for US higher education institutions. Both eCollege and Angel continued to do well over the next several years; however, both would be purchased—eCollege by Pearson in 2007 and Angel by Blackboard in 2009. Both systems were eventually sunset by their respective acquirers which left those colleges with no option but migration to another system. All of this led to frustration by colleges that continued to migrate to Moodle and in 2009—just seven years after its release—Moodle represented 41 percent of new implementations that year.

Moodle in the corporate market

Unlike higher education institutions, for which LMSs have become almost essential, many corporations are just beginning to understand the importance of utilizing eLearning in the workplace. In 2014, the learning management market was well over $2.5 billion and grew by over 21 percent that year. As the corporate market continues to grow, the trends we are seeing are almost identical to what we saw 10 years ago in higher education. In the first several months of 2017, we have already seen two very large closed-source corporate learning and talent management system acquisitions announced. NetDimensions was acquired by Learning Technologies Group and Halogen Software was acquired by Saba Solutions. What this means for the clients of these companies remains to be seen. However, we can say that we have seen more corporate institutions migrating from closed-source products to Moodle for the same three reasons as when we experienced the massive uptick in the higher education market: a desire for lower cost, better service, and a more robust feature set.

First, let’s address lower cost. Moodle is free. There is absolutely no licensing cost. For many, this is hard to believe and is the main source of skepticism about its quality and general confusion on how this could be. So, let’s start by breaking down the ecosystem that supports the ability for Moodle to remain free and allow it to continue innovations in its design. Moodle headquarters is the central hub of the ecosystem and functions as a nonprofit. It is a dedicated group of developers who are still led by Dougiamas. Moodle HQ sets the roadmap of the product, which is not only open to the community to see, but is largely influenced by feedback from the robust and active community of end-users across the globe. The developers at Moodle HQ put releases out twice a year, as well as bug fixes as needed, and publish them to their website.

As an institution, you are welcome to download Moodle and use it freely on your own servers, but many choose to utilize a Moodle Partner instead because Partners can usually manage Moodle more efficiently and cost effectively. The Partners act as the lifeblood of the financial support to HQ and contribute 10 percent of their revenue back to HQ. The partner network has grown extensively over the past several years and now boasts 87 Certified Moodle Partners in 43 countries. As this network has grown, so has the quality of services offered as well as the amount of revenue that HQ can use to further expand the product.

Secondly, let’s address why Moodle has superior service quality compared to other closed-source products in the market. The advantage for clients using Moodle can be summed up in one word: competition. There are many partners offering competing services for the same open-source Moodle product. This forces Moodle partners to provide the best service possible at the lowest price, or clients will simply take their Moodle database and migrate to another company or even self-host their Moodle environment. Clients also own their data and the Moodle code base is free, giving them complete freedom and ease to leave if our service was ever to deteriorate.

In contrast, service for closed-source solutions can only be provided by the company issuing the code. There is no competition in quality of service and, therefore, it makes it impossible to leave unless the institution wants to completely replace their system with a different product. This is in stark contrast to the service-oriented Moodle companies that do not sell a license to their product. Service is the only thing you pay for from Moodle partners, which is why companies that switch to Moodle are typically reducing their costs while at the same time improving their quality of service.

Lastly, let’s address why the functionality of Moodle has been more robust and grown more rapidly than most closed-source solutions. This is due to the ability of the Moodle community to drive development. Not only does a community of several hundred thousand administrators actively participate on publicly accessible forums that help dictate future direction of the product but, furthermore, those administrators can see every line of code in the product and make edits that are submitted for review by HQ that aid the work of Moodle HQ’s core development team. Another advantage of Moodle is the modular nature of the product, which allows anyone to build a module that can be published for the Moodle community to download and use for free. There are currently more than 1,300 modules listed in the plugin directory that can be installed at no cost to extend an installation of Moodle.

Over the last year, we have seen a massive uptick in the number of organizations of every size moving to Moodle. Companies continue to make the switch to open-source Moodle, reducing costs and improving their learning outcomes while also finding comfort in the fact that they own the code for their learning platform and, thus, can demand a high level of service.

From the Editor: Want more information?

To learn more about Moodle, attend eThink Education’s upcoming webinar with The eLearning Guild, The Open-Source Moodle Revolution in Corporate Training & Development, on March 30, 2017 at 11:00am PT. To register for the live session, click here. For a Moodle demo, use the link here.