The Mandela Effect in Your Learning 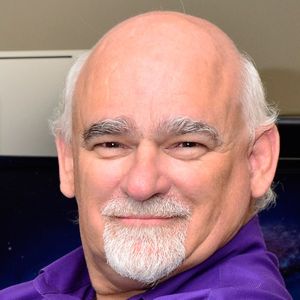 Let’s start by taking a short quiz. Write down your answers to the following questions. We’ll take up the answers at the end of this article.

While these ask you for quotes from two movies and a famous song, they also effectively demonstrate the Mandela Effect.

The name of this effect comes from the time of Nelson Mandela’s funeral. Many people around the world thought he had already passed away. Prior to hearing about his death, they didn’t realize he was still alive. The basic definition of the Mandela Effect is “collective misremembering.” To scale it down from “collective,” you could also think of it as when a person has a clear memory of something that didn’t happen. Does this concept happen in today’s training? Do a significant number of your learners have some wrong information? If so, you may be fighting the Mandela Effect.

While the Mandela Effect primarily focuses on large-scale events or scenarios, it is also effective in pointing to the gaps in people’s knowledge and understanding. The Institute of Medicine published a book in 2000 called To Err is Human (see References). It looked at the costs of mistakes in the healthcare system. While there were a variety of errors recorded, gaps in training were instrumental in many of the treatment and diagnostic errors. The costs of these errors are estimated to range between $17 billion and $29 billion a year. Of greater concern are the estimated preventable deaths, which range between 44,000 and 98,000 a year. When people work with knowledge gaps, bad things can happen.

Prior to the Mandela Effect 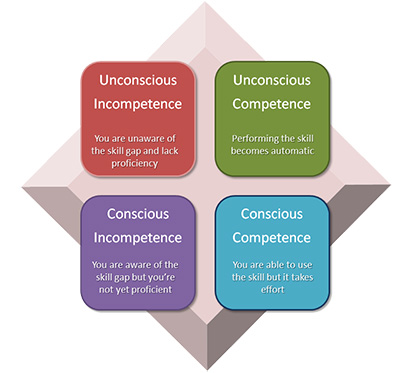 Here is a brief outline of each of the stages.

Now that you have a brief understanding of the Mandela Effect and the Four Stages of Learning Competence, let’s look at bringing these two models together.

How do you combat the Mandela Effect in your training? One method is to find out what the learners know, or think they know, and then address the gaps. In the past we called this “test ’n’ tell.” The learners are tested on the content to determine what they know. Then, only the content that the learners didn’t know is presented. So rather than taking the same mandated compliance training every year, which may take an hour, they now get trained only on content that they didn’t know, which may take 15 minutes. The more modern name for this is “adaptive learning.”

When the “tell” portion happens is dependent on the type of adaptive learning you design (expert, student, or instructional model). Most of the time, I find the instructional model works well when trying to fill in the missing gaps or incorrect information. After testing a learner, a custom page will appear with links to content that the learner needs to learn. Once the learning is complete, learners will then take a final test to ensure they have learned all the material. That includes questions on content they already knew and didn’t have to review.

While this is a good method, it can make some managers nervous when content that is known is left out. Maybe the learner just got lucky when answering the questions. That’s where “confidence-based learning” comes in. After asking learners a question, ask how confident they are in their answer. They can be “very confident,” “confident,” or “not confident.” If they’re very confident, that’s a high-risk, high-reward answer. If they’re not confident, that’s a low-risk, low-reward response. After taking a test, not only do you have the test scores, you also have the learners’ confidence scores. It’s possible that they can pass the test but have a low confidence score in a specific area. If the confidence score is low, it can lead you to believe that learners have some incorrect information or just weren’t sure if the information was correct. Now you can adapt your training to meet the specific needs of the learners.

By keeping the test score and the confidence score separate, you can estimate where the learner fits within the Four Stages of Competence. Table 1 provides a breakout of the learner’s score and confidence mark and the different stages.

It should be noted that adaptive learning is best suited to learners who have some knowledge of or experience with the topics being taught. Confidence-based learning can be applied to most training plans and is not only locked into adaptive learning methods.

Any training plan needs to have a beginning and an end. The plan should also outline how to move learners through the process. Applying the Four Stages of Competence, you can create a plan to get from one stage to another. Your plan should also document which level the learner is to reach. For example, an aerospace auditor doesn’t need to know how to torque a specific bolt (unconscious competence) but needs to know what the torque value is (conscious incompetence). The editor doesn’t need the skill but does need the knowledge.

As previously mentioned, the term that indicates general-population knowledge gaps is called the Mandela Effect. As trainers and developers, we know that effect can also impact our training. The goal of training is to eliminate the gaps so learners can perform better and be effective in meeting compliance training. Understanding the Four Stages of Competence will help you to identify the stage the learner needs to master. Using adaptive learning, it is possible to shorten the training time. By also applying confidence-based learning, you can measure the level of confidence learners have in their understanding. The mark and the confidence score help you identify the stage where the learner is. From there, they can follow your path to reach the desired level of competence.

Now, getting back to the questions from the beginning of this article, the answers are:

How did you do?