What to Do in a World Without Flash?

On February 11, 2016, Flash CC was replaced by Animate CC. Of course, Flash isn’t really gone, it’s just been renamed Animate CC. It’s a different name, but under the skin, it’s almost exactly the same as Flash. I’m not going to compare this to putting lip gloss on a porcine mammal, but Animate CC is still Flash CC.

Animate CC can still be used to make Flash files and the program saves files in the FLA format as the default. It also can save in the XFL format, which is called an “Animate Uncompressed Document.” It’s still an FLA file. If you want to create a SWF from your work, you export. Publish creates an HTML5 <canvas> document: a JavaScript file, an html file, and a media folder.

This name change raises the question: Why would you continue to make Flash files? In this article, I hope to help you answer that question for your own situation, and to give you some alternatives that in my opinion are better than continuing to make Flash files.

Sidebar 1: A word about HTML5'

Under the skin, Animate CC not only looks, but more importantly acts, very much like the last iteration of Flash (even the icon color is the same) with a few new features. As development software for your eLearning, Flash has been dying since 2010 when Steve Jobs said his mobile devices would no longer support Flash. In the last nine or so months, Google Chrome and Firefox desktop apps have stopped allowing Flash in their browsers without approval from the user. I generally don’t allow Flash on my computer since it hits performance more than most other programs that display media or media-rich content.

More importantly, Flash is a major security risk. You can’t use it anyway if you create mobile learning since neither iOS nor Android devices can use it. Flash was great when it was all new and shiny, but that goes back to 1996. The luster has long since worn off. Back then, it was the best program (the same thing is now called an app) for creating media-rich and complex content. So what do you do now?

Since the early 2000s Flash has played a larger and larger role in eLearning because it allowed eLearning developers to create wonderful, media-rich content for their learning audience. Since Flash uses Action Script (a very Java-like programming language), the “back end” of Flash allowed complex interactions between elements in your eLearning projects. It also enabled linking to SCORM on your LMS. In fact, many Flash eLearning developers never used the GUI that comes with Flash, but instead exclusively used Action Script to build their training modules.

ActionScript is a Java-like language (not JavaScript) that has great extensibility. That means you can create eLearning assets that are programmed to react to the learner rather than take them along a timeline. Frankly, slides, no matter how complex they are, don’t represent a timeline other than the concept of clicking on something to move something else into or out of a slide. Other Adobe programs use ActionScript too, but they don’t have the extensibility that Flash has, uh, had. Enough history. So what can you do moving forward?

What to do with your old Flash eLearning

The answers are actually pretty easy. First, you can continue to work in Animate CC just like you did in Flash. It functions exactly the same. You can still even work with .fla files and output .swf files. The real problem for eLearning developers and training departments is the investment in Flash-created content over the years. How do you curate that content moving forward?

Well, second, Animate CC can also create output for HTML5 <canvas>. So how can you convert your current Flash files to HTML5. It’s actually pretty easy, if you have Animate CC. Open your FLA file and “Publish” it as HTML5 document. There. You’re done. Maybe. It’s unclear if all the interactivity, scripting, and tracking will follow it over.

Alternatively, if all you have are the SWF files, there are several other choices. Swiffy, a Google program, can do it as well as almost anything as long as you used Action Script 2.0 and SWF 8. There’s also SWF to HTML5 Movie Maker. Sweet. Or if you don’t have the resources in-house to do this, you can also use some outside development companies to do the work for you. One little note: there’s also a part of the HTML5 specification that’s called WebGL (Web Graphics Library) It’s really a JavaScript API for creating 2-D and 3-D graphics natively in a modern web browser. It’s placed inside of the <canvas> container.

But how about going forward with new projects?

You can’t look back. If you’ve been depending on Flash to make the rich-media part of your learning, you’ll have to stop. I know many companies that are still using Windows 7, and Windows 7 and Flash (even re-named) together are a security nightmare. Do you hear that, IT departments? Developers should create in HTML5 for content creation and for delivery via the intranet or the Internet. There are many products that do their publishing to HTML5 including Captivate, Articulate products, Presenter, Presenter Video Express, iSpring, and most development software that has been using Flash over the years. Almost all offer the option to create HTML5 documents.

Advertising agencies that specialize in creating web ads figured out that they couldn’t wait too long to create their new content. Last June, AdvertisingAge published this article, advocating to ad agencies that they change their ads to <canvas> type ads, which means the ads can be any type of media at all. I’ve seen a lot of proof of this recently. Speedtest.net, a popular site was filled with Flash ads (the little red circles in Figure 1) last October. In February, the only thing that required Flash (the big grey box with a puzzle symbol) was Speedtest itself! Interestingly, there was an ad just last week that popped up in my browser with at least eight instances of Flash running in it (Figure 3). My first thought was, “How retro” but my second thought was, “How dumb.” 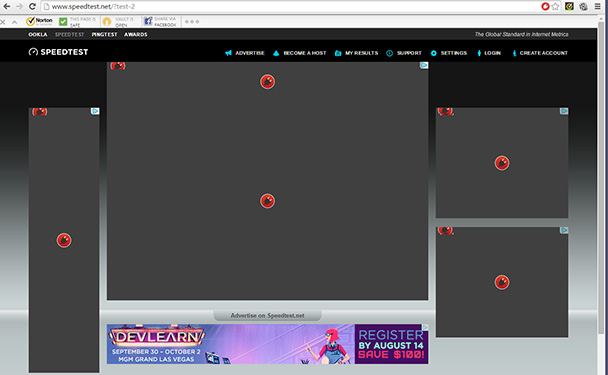 Figure 1: This is the speedtest.net web page last November. Figure 2 is the same page today. There are nine instances of Flash on this page. There is only one in Figure 2. 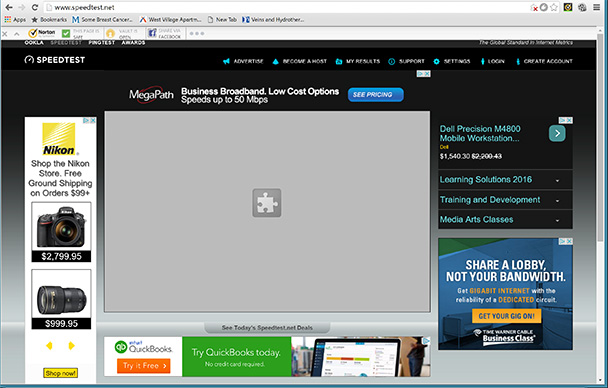 Figure 2: The only Flash on this page is the test itself

Figure 3: This ad for a financial institution has eight instances of Flash in it. Really?

Ads are not lessons. They are way simpler to create and only need one click to activate. How many clicks are there in an eLearning lesson? A whole lot more than an ad. eLearning lessons are orders of magnitude more complex. There is the click interactivity along with “behind the curtain” record keeping, score keeping, and progress along with other things that you need to program. In some industries, all that record keeping has to be validated. Far more complex than creating an ad.

What are the alternatives?

First, you should ask yourself why you developed eLearning in Flash in the first place. Was it because everyone else was doing it? Or did you need animation, along with evaluations, and course completion statistics, etc., that were easier to produce with Flash?

If you were the former, step up to the plate and make animations, motion graphics, and videos part of your learning. Integrate visual concepts into your work. If you’re in the latter group and love creating animations and motion graphics that learners can dive into, you’ll have to learn some new tools, but at the end of the day, you’ll be creating and ideating even more complex media.

How do you do it? There are lots of alternatives. However, there are no Swiss Army knife applications. Flash was thought of as one, but developers still had to have a good knowledge of Photoshop at the least. I use the Adobe CC suite along with Captivate, sometimes Storyline, Presenter, and Presenter Video Express. Why? They just work together well and I don’t have to worry about many other bits of software except for MS Office and all the plug-ins I have. And I do have a lot.

Most of my work is video and increasingly motion graphics. I live in an Adobe CC world of Premiere Pro, Photoshop, After Effects, and Audition. When I’m done with those, I start using Captivate, Presenter, and Presenter Video Express (two completely different products now) to integrate the stuff that moves along with the stuff that doesn’t. That said, I’m working more with Presenter Video Express just because it does a great job at what it’s supposed to do—help you create green screens without a green screen, and save the whole to an HTML5 <canvas> document.

The really cool thing about freeing yourself of Flash is that you can create whatever you want for video, motion graphics, and other rich content in a variety of programs and then incorporate them into your Animate document and output the whole lesson as HTML5 <canvas>. But you’ll have to deal more with a variety of software. Here are some tools that you can use to incorporate rich media of varying types into a lesson. I’m not advocating one brand over another. That’s for you to decide. All these tools can be used to make incredible eLearning; they work and they work well.

Those are the four categories of software that Flash CC and Animate CC emulate in one form or another. You can incorporate parts of these programs into Animate CC. This is not an extensive list. But if you analyze what you do in your eLearning content creation, you might find yourself using bits and pieces of all the above categories at one time or another.

eLearning developers really do create complex lessons with lots of interactions and movement, if they have the time to create a high level of interactivity in their work. It’s always a matter of time vs. available dollars, so you do what you can. While you can continue to develop your lessons in Flash CC Animate CC, you now have a real variety to choose from and that you can drop into a <canvas> document. It could be a great thing for eLearning developers.