It’s hard to believe that another year has come and gone already. Wasn’t it just yesterday that we were celebrating the start of 2015?

I started my career creating eLearning while an undergraduate in college pursuing my Computer Science Bachelor of Science. This coming year will mark my 33rd working in this field and my 18th since starting my own practice. In all these years, I’ve lost count of the number of authoring tools I’ve used and the number of courses I’ve developed. Today, more than ever, I love creating eLearning, writing about it, and teaching others how to design and develop it right.

Let’s focus on commercial enterprises for a moment. Why is there so much of a demand for learning inside corporations? Think of it this way. If a corporation were to never lose or hire an employee, were never to have to change their product, marketing, or support programs, had a stable clientele that never requested any changes to the way the corporation works, it wouldn’t ever need to have its employees learn anything new. How many companies do you know like that?

That’s why most of the eLearning that you and I create does not stay in use for years, as much as we’d like to think that it will. It is custom-made to meet a client’s needs and those needs are usually immediate and are prone to change in just a few years or even just a few months. Changes are happening all the time, so the shelf life of our eLearning is limited. I think that’s a good thing because it keeps our services in demand.

So now I can’t help but sing,

Should auld eLearning be forgot,

And never brought to mind?

Should auld eLearning be forgot,

We can borrow from the past, but we’re unlikely to ever repeat it. Not in our field, we won’t!

Authoring tools continue to evolve, as well. Where do we stand at the start of 2016?

I wrote quite a bit about Authorware in July. A friend and colleague recently posted on Facebook that she was having to discard a lot of items that she no longer needed, and that included several books I had written on the venerable eLearning development tool Authorware, which has not been updated since Version 7 back in 2005. Macromedia, of course, merged with Adobe that year. Ten years later, it is still on sale. If you go to http://www.adobe.com/products/authorware/, you’ll still see it is available, though you have to go through a partner company like Amazon.com. In each of the last ten years, including in 2015, I have received inquiries from companies who have decided finally to move away from Authorware and wanted to learn a new tool. Why on Earth would they still be using Authorware ten years after the last version was released? Because it offered an interface and certain powerful features that have not been included in any tool since. That being true, it is also very outdated, lacks many of the features available in today’s tools, and never got to the point that it could run in the Flash player online, though it came very close before production was shut down. 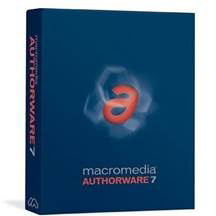 Speaking of the Flash Player

The Flash player has come under fire a lot this year. The engine is old and bloated and it has been prone to many security issues. On December 7, Adobe updated the player again and addressed a whopping 79 security flaws! Several companies have already moved to HTML5, including Facebook, though for now it still supports Flash games and videos. We know that Steve Jobs had decreed that the Flash player would not be allowed on any of Apple’s mobile devices, and Android devices have not officially supported the Flash Player since version 4.1 (Jelly Bean) in 2012, though it is possible to force the Flash player on Android if you’re determined to do so.

So what’s happening to Flash? Adobe has announced that it will now be called Adobe Animate CC (not to be confused with Adobe Edge Animate) and will evolve to support multiple standards, especially HTML5. That’s not to say that Flash hasn’t already been used to create HTML5 content. In fact, Adobe claims that a third of the content developed in Flash is being published to HTML5. The Flash product itself will continue to be useful, though it may not be as popular as it once was. More importantly, there are no other HTML5 development tools yet that are as powerful as Flash has been, though I expect that won’t be the case much longer.

Animate CC will have a lot of new drawing features. See http://blogs.adobe.com/flashpro/ for more. 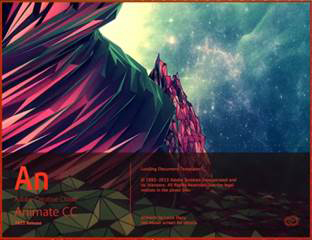 If a tool doesn’t publish to HTML5 nowadays, it isn’t long for this world, unless its vendor updates it very soon. If a tool doesn’t allow for custom mobile formats (a separate issue), it’s going to start losing credibility in 2016, as mobile learning becomes ever more important. In fact, 2016 may very well be the tipping point after which the vast majority of learning must and will be available on mobile devices.

Mobile learning has become so expected that the idea of having online forums or conferences dedicated to mobile delivery may become impractical as mobile will just become part of the process and not a separate practice.

I have written before that tools can be classified into three categories:

The cloud-based tools, of course, are the newest of the three categories, though it has been ten years or so since the first ones were introduced.

I wrote an overview of these tools in May. What has been happening since then in the top three PowerPoint tools?

Last month I wrote about the new iSpring Suite 8 and I said at the time that my favorite new feature was the new Dialog Trainer, basically a way to build soft-skill scenarios (with some limitations). Version 8.1 has already been released since I wrote about iSpring and includes some nice updates:

In October I reviewed the new Adobe Presenter 11. My favorite new feature in version 11 is the inclusion of the wonderfully enhanced Adobe Presenter Video Express product, which lets you create demonstrations, combining video of yourself and screen actions that you demonstrate in several different ways. This latest version lets you easily crop out backgrounds and replace them with your own or from a provided library of cool backgrounds.

The last time I wrote about Articulate Studio was in November 2013, after version ’13 Pro was released. Articulate has always had an excellent reputation for customer service. Along with that, it does not release major versions of its tools very often as iSpring and Adobe do. As of now, there is as yet no major upgrade of Articulate Studio, though its many fans have stuck by it.

Rather than release major upgrades often, Articulate releases minor updates. It has had seven updates since ’13 Pro was released. Most updates are to fix bugs and make some improvements to features. For example, in its last update on September 22 this year, it added support for Apple iOS 9 in that update, along with fixing three bugs. See more here: https://www.articulate.com/support/presenter-13/issues-addressed-in-the-latest-articulate-presenter-13-update.

Most authoring tools fall into this category and there are hundreds in the market, though most have a very small audience. Let’s see what has happened this year in this category.

My review of Captivate 9 came out in August. In it, I noted that the major new features include:

Adobe has put out a major update of Adobe Captivate every year for the last several and I expect it will continue to do so.

My Storyline 2 review was published in October 2014. Since then, it has had seven updates (but no major new release). Along with bug fixes and improvements, Articulate has added new features to Storyline 2 along the way. Most would not warrant a major new release but all are welcome additions. In May, for instance, in Update 5, Articulate added a feature to define the custom tab order of slide objects (though not in HTML5) and added more support for screen readers. The last update was in September of this year. Will 2016 bring Storyline 3? We shall see. I was surprised when Storyline 2 did not include responsive design options to allow for easy customization for different mobile devices. I expect Storyline 3, when released, will remedy that.

The folks at Trivantis have been very busy, so much so that they have moved from Lectora 12 directly to Lectora 16 now, similarly to how Microsoft skipped Windows 9 and went directly from Windows 8 to Windows 10. Trivantis has been diligent about publishing major releases just about every year.

Version 16 adds responsive design features so Captivate no longer is the only major eLearning authoring tool that offers responsive design. One advantage that Lectora has built into version 16 is the ability to open any of your current Lectora files and with a click make it responsive. After doing so, you’ll need to edit the visuals to make sure they look good in each view.

This year I also reviewed several other installed tools, all of which I thought worthy of review. I encourage you to investigate those if you haven’t already. There are several more that I will be writing about in the coming year.

Newer tools tend to be cloud-based, which does add some advantages. Chief among these may be the ability to collaborate on a project, which allows teams to work together much more easily than if they had to send each other constant file updates. Not every cloud-based tool allows for this, but the smart ones do.

Another obvious advantage is that you don’t have to lug your files with you whenever you travel or switch computers. Your files remain online where you can access them from any computer connected to the Internet. With most of us enjoying faster Internet access speeds now, this is no longer a drawback as it might once have been.

Lectora also has updated its popular Lectora Online tool to version 3. This year, it took the Silver in the 2015 Brandon Hall Group Excellency in Technology awards. It is not yet as powerful as the installed version of Lectora, but it can boast that it allowed for responsively designed lessons before Lectora 16 could.

It has been a while since I have written about Easygenerator. While it hasn’t achieved a big market share, its fan base has grown. It is an authoring tool that takes the Learning side of eLearning seriously. It guides you through setting up course objectives and includes tutorials. It allows for responsive design as well. Though it is limited in other ways, I really appreciate the thought that has been put into this tool, including setting up adaptive learning lessons.

I will also update my review on Easygenerator in the near future.

There are many new cloud-based tools being released, and I think 2016 will be the year in which I will likely be writing more about cloud-based tools than about installed or PowerPoint-based tools. I am working on some cool ideas for 2016 as well that I think many of you will find very useful. Stay tuned!