Adobe has updated Presenter with several new features in version 11. Two I find very useful, but another really blew me away with what I can now do with it.

For those who don’t know, Adobe Presenter installs itself as a new ribbon in PowerPoint. It is one of several that I compared in my May 2015 review, the Battle of the PowerPoint eLearning Development Tools. However, as each tool is updated, it’s important to know the new features of that tool, because selecting a tool based on old information may mean missing out on ways to make your instructional design better.

You should be aware of some important facts about PowerPoint-based eLearning tools.

Below is the PowerPoint ribbon (Figure 1), cut into two for easier viewing.  Here I will focus only on new features, so I won’t touch on those options you see in the ribbon that were already resident in prior versions, unless they have had a significant update.

In Presenter 11, you can now include a live Web window in your eLearning, of any size you wish. Why is this useful? It means that you can create stable content on your PowerPoint slides, enhanced with Presenter features, and also include content that changes often on a web site that you can then show within your lesson. A website is typically faster to update and of course some content, like that of news sites, is constantly changing.  You can access the new Web Object tool in the Insert section of the Presenter ribbon. In Figure 2 below, you can see the dialog that opens when you do. 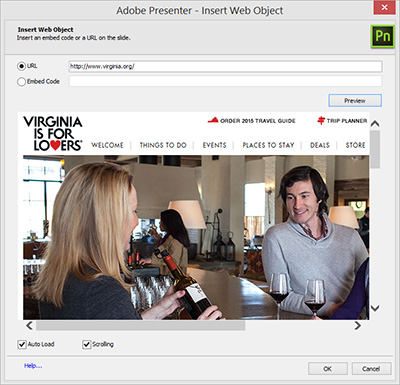 Notice that you can enter the URL and preview it in the dialog itself. If the website is changing, you will see those changes happen in real time. You can also choose to let the learner scroll and decide whether the website should auto load or only upon the learner’s choice.  The result can be as Figure 3 shows. 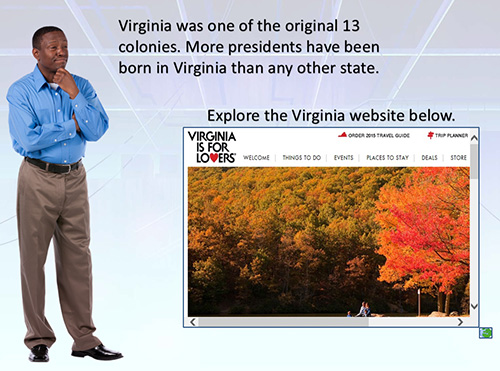 Figure 3: An example of using a website in your eLearning

You’ll also notice a place (the radio button and text entry in Figure 2) where you can put an Embed Code rather than a URL. This lets you show specific elements from a website that provide you with this option. For instance, in the popular video website www.vimeo.com, you can copy the embed code of a video, then show only the video in your eLearning (be sure you have permission to do so). See Figure 4.

Figure 4: Find a video on Vimeo and click the Share option. Copy the embed code and paste it into the Presenter dialog

The result will be the video showing by itself without the extra Vimeo website content, which you can embed into your eLearning. See Figure 5. 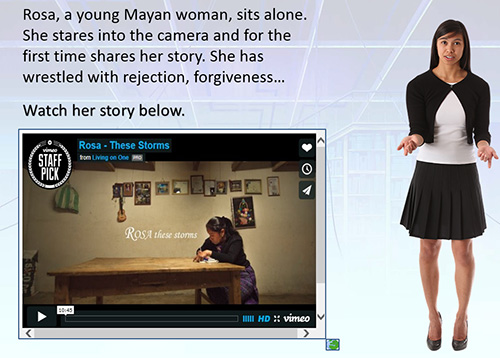 Figure 5: The Embed code allows for a web object to be inserted without the rest of the website

You can also now include a YouTube video in your eLearning. How is this different from embedding a Vimeo code? YouTube allows for more control, and this is reflected in the YouTube tool in Presenter. See all of the options in Figure 6. A particular one I really like is the ability to show just a portion of a video by indicating the start and end times. 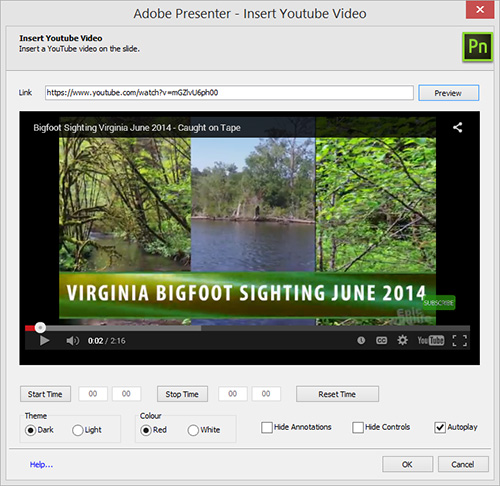 What’s new—what blew me away

Adobe Presenter Video Express has been greatly enhanced. It is a separate application that comes at no additional charge. You can purchase it also for the Macintosh.

Video Express was already a very useful tool but now it offers some cool features that I will find very handy:

Once you’re done, you will have the ability to use the timeline to determine when you appear by yourself, when the software demo is shown by itself, or when you both are on the screen. You can also use the nifty features already resident to hide errant pop-ups, and zoom in and out. You can add quiz questions, brand it further, and more. You can also put picture-in-picture video in your video. Cool.

These figures show how it’s done.

The figures below show the result. The resulting video can switch between just the spokesperson, the software being demonstrated, or both.

Adobe Presenter does not take the place of Adobe Captivate or Adobe Connect. However, it has become a go-to tool whenever I already have PowerPoint content that I want to repurpose and greatly enhance. It very well meets my instructional design needs when they are not too demanding, and I’m going to start to make heavy use of its updated Video Express product. For $14.99 a month, I have no problem recommending Adobe Presenter 11 as a valuable tool to keep in your toolbox.