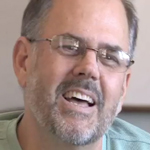 David Holcombe has been focused on learning, technology, and performance improvement for his entire professional career. Over the last 30 years, he has built communities and organized hundreds of events across North America and Europe. While working for Ziff Davis, Euromoney Institutional Investor, and now with Focuszone Media since 2002, his efforts have provided tens of thousands with information, ideas, and knowledge to enable them to leverage various information technologies to improve learning, knowledge and performance.

Prior to joining The Learning Guild, Mr. Kelly spent more than 15 years in senior management learning and performance roles, including serving as SVP at New York Community Bancorp and in VP roles at Carver Federal Savings Bank and ACLD. He is a leading voice exploring how technology can be used to enhance training, education, learning, and organizational performance. Mr. Kelly is an active member of the learning community and frequently contributes to the industry by writing and speaking at industry events. He is known for his curation efforts, especially related to conferences and events for learning and performance professionals. 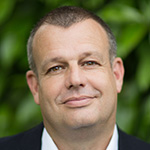 Mark joined CloserStill when it acquired the Learning Technologies portfolio of assets in 2009. Since then, he has more than tripled its contribution with revenue, attendance and profit increasing year after year. The business, a paid for conference and strong exhibition, is supported by digital products, webinars, spin-off events and a membership community. Mark then helped lead the acquisition of Learning Technology events in Berlin and Paris in 2017 and in the US In 2018, his team acquired DevLearn in Las Vegas, Learning Solutions in Orlando, and Realities360 in San Jose. This places CloserStill as the world leader in events at the interface of Education, Learning and IT. The turnover of Mark’s portfolio has grown in ten years from c.£1m in 2009 to in excess of a projected £16m in 2019. 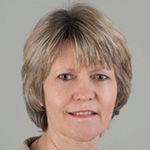 Suzanne is a qualified chartered accountant with 26 years’ experience in the exhibition and events industry. She spent 8 years with the Earls Court and Olympia Group and was the Group Finance Director at the time of the sale from P&O to Candover in 1999. She then moved to Reed Exhibitions where she was the UK Finance Director for 7 years, with additional responsibility for IT, Facilities and New Business Development, including acquisitions. Suzanne then spent 7 years as Director of Corporate Development at ITE Group plc, responsible for acquisitions and strategic planning. She thus has taken board roles in three of the largest companies in the exhibition world. She sings in a band when work schedules allow. Suzanne joined CloserStill Media as COO and a board director in September 2017. 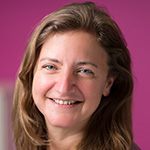 Alexia Maycock began her career in events marketing 20 years ago at Penton Media Europe and has marketed events across many industries during those years including stints at Reed Exhibitions, Ithaca Media and UBM. She joined CloserStill Media in 2009 to launch the London Vet Show and proceeded to work on every launch and acquisition made by CS since then. She became Marketing Director of CS in 2013 and joined the board in 2017. She now runs a global team of over 50 marketers and telemarketers. Her team have won either the Best Marketing Team or Best Marketing Campaign Award at the exhibition industry awards 8 times in the past 8 years. No other company has won even half this number. 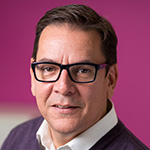 An experienced international media operator who cut his teeth in Asia at The International Herald Tribune, Michael is CloserStill’s market strategist and since 2017 has been responsible for acquisitions and their integration into the business. Michael was instrumental in turning CloserStill’s initial investment in Pioneer Media into the growth engine it became for the whole business, scaling both The Pharmacy Show and The Dentistry Show. His primary role has been to focus on the market strategy identifying and executing early stage acquisitions. Living now in Bristol he has not yet recovered from Torquay United’s relegation from the Football League.

Discover the latest resources, news, and events delivered to your inbox every other Monday.

is to create a place where learning professionals can share their knowledge, expertise, and ideas to build a better industry—and better learning experiences—for everyone.

The Learning Guild is a business unit (DBA) of Focuszone Media, Inc. which itself is a subsidiary of UK based CloserStill Media, Ltd.
Site by Cyclone Interactive © 2021